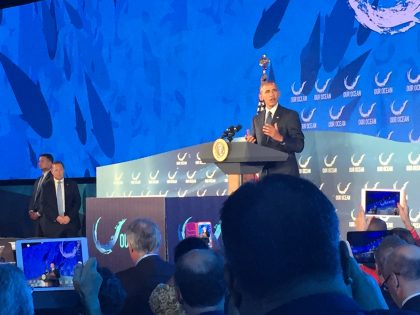 Attending last month’s ‘Our Ocean’ Summit at the State Department where President Obama spoke like a born-again waterman from Hawaii and where Secretary of State John Kerry was more than merely inspiring,, I realized we may have reached a tipping point, or really a crossing point. It’s not just that Kerry has now done more for the ocean than any Secretary since Alexander Hamilton (who created the Revenue Cutter Service and the Lighthouse Service), or that a recent survey found a majority of Americans would like the President to permanently ban oil drilling in the Atlantic and Arctic ocean, or that people regularly ask me about plastic pollution of the seas and what kind of fish they should eat (I recommend shellfish). It’s hard to quantify when years of agitation and education finally reach a critical mass and social movements suddenly become powerful tools of societal change.

Today I don’t really expect a revolution in politics or consciousness to radically alter the cascading ecological collapse of our ocean planet. I do, however, note a clear rising line of ecological mindfulness approaching the declining plane of biological diversity on our water world. Where that X crosses will tell us how much is left to save and restore if we can. Today I believe we’re finally crossing that X.

Yet if we don’t continue to mark that line we could still lose most of our salty blue world, the crucible of life on our planet. And quite frankly our ocean is too heart-achingly beautiful, adrenaline fueled and scary to lose (plus it allows us to breath generating about half our oxygen). That’s why I hope you’ll join us next May 9-11 in D.C. as we again mobilize to make a difference and present an ocean agenda to our elected representatives and the public.

With only a short time left in what has proven a dark and traumatic election season we might want to consider how the next President and Congress will act on Ocean and coastal issues. As voting now looms I’d refer you to the Ocean Letter that Blue Frontier penned and that was signed on to by 115 leaders in ocean conservation, science, business and exploration. Secretary Clinton responded in August but Mr. Trump’s campaign, despite multiple attempts to get a response, failed to provide even a tweet. 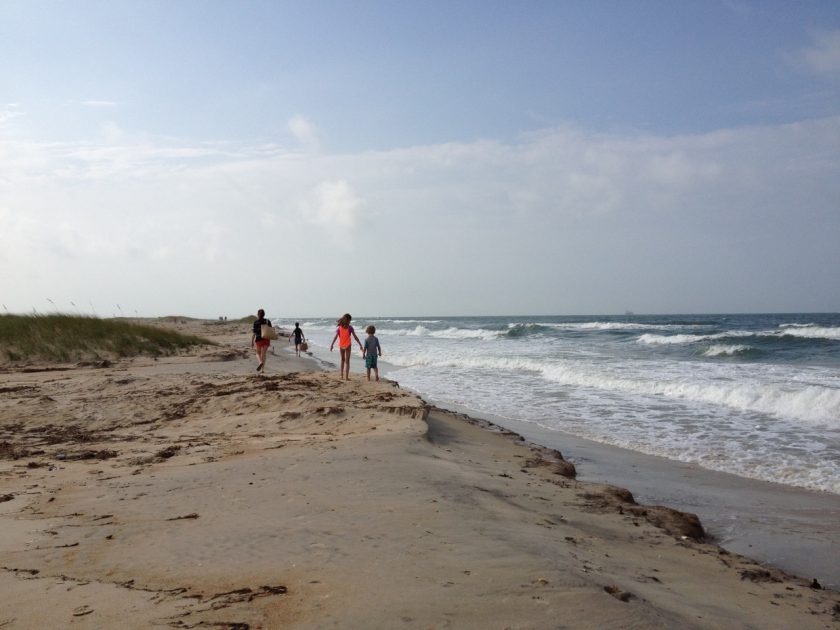 Secretary Clinton’s recognition of the threats from climate change and overfishing and her commitment to ocean planning, sustainable and transparent fisheries, ratification of the Law of the Seas Treaty and growing the Blue Economy are a good base line and starting point to negotiate from. This assumes she becomes, as expected, our next President.   As advocates for ocean change we need a clear vision for the next steps (or paddles) forward. Coming out of several Blue Vision planning meetings going back to the summer, the Candidates Ocean Leaders Letter plus a strategy session convened by John Hocevar of Greenpeace the following Ocean Action Agenda has emerged.

We need this Agenda to strengthen the Blue Economy, and address the challenges of a changing ocean and a changing climate. Its four key areas are:

These four priority areas are not to be construed as neglecting or ignoring other critical challenges such as restoring marine wildlife and promoting sustainable fisheries and marine farming, addressing ocean acidification, nutrient pollution and the many other challenges we still face as a maritime nation and blue world. That’s why we hope you’ll join us, Dr. Sylvia Earle, NRDC, Clean Ocean Action, Surfrider Foundation, Greenpeace, Oceana, Colorado Ocean Coalition, and many others at the 6th Blue Vision Summit in Washington D.C. May 9-11.

In 2004 a few hundred seaweed (marine grassroots) activists from more than 120 organizations gathered in Washington to launch our movement’s first Blue Vision Summit.   Author Peter Benchley was the Keynote speaker. He talked about the loss of sharks in his home waters and how when he was young you couldn’t catch a fish off Nantucket without a shark taking a piece out of it. He spoke about how that had changed over time as the sharks were killed off and how he’d later taken a dive in the Caribbean and found the bottom of the sea littered with dead sharks whose fins had been cut off for shark fin soup. After Peter passed away we met with his wife, Wendy Benchley, and agreed to rename our Blue Frontier awards in his honor. Today the Peter Benchley Ocean Awards are the world’s leading ocean conservation honors, sometimes called ‘The Academy Awards of the Sea.’ 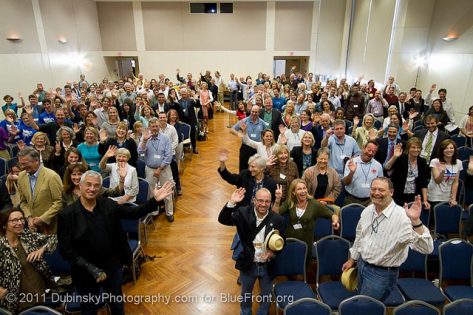 Some good news is that harbor seals, and the white sharks that feed on them, have now returned to the waters off Cape Cod where Peter was raised. Along with Peter others at that first summit who are no longer with us include marine scientist Ransom Meyers who told me, “I’ve traveled around the world, to Southeast Asia and elsewhere and I wish everyone had Blue Vision Summits,” also Littoral Society leader and coastal mentor Dery Bennett and Ocean Conservancy attorney Dana Wolfe who as a member of the Coastal Alliance helped organize that first Summit.

We remember people like Peter, Ram, Dery and Dana by working to guarantee their legacy of a healthy coast and ocean. 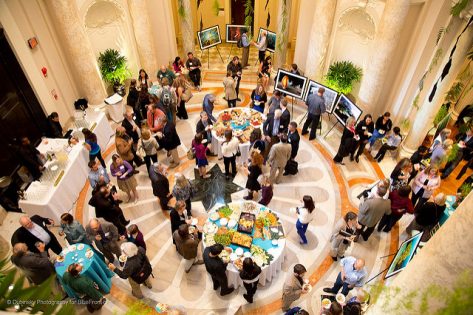 The first summit also saw the first coming together of members of the Pew Ocean Commission and U.S. Commission on Ocean Policy who – from very different origins – had reached surprisingly similar conclusions – that the ecological decline of our public seas represented a threat to our economy, national security and way of life that had to be addressed. Their recommendations, including for a National Ocean Policy, became the cornerstones of much of our movement’s subsequent advocacy. Ocean Champion Rep. Sam Farr (D, CA) advocated for a BOB, a Big Ocean Bill, to promote an ocean agenda. And he wasn’t alone. Along with democrats like Sam and Tom Allen (D, ME) we had Republican supporters of the ocean such as Jim Saxton (R, NJ) and Curt Weldon (R, PA) with us. Philippe Cousteau and cartoonist Jim Toomey were there to bring a sense of ocean legacy and humor to what proved to be an inspirational launch to Blue Visions that included our first Hill Day visits with elected representatives on Capitol Hill where the late Senator Frank Lautenberg of New Jersey came out of his office to hug Cindy Zipf of Clean Ocean Action who led her state delegation.

But perhaps the best indication of the networking opportunities Blue Vision Summits promote came in the middle of the 4-day conference when DeeVon Quirolo, a founder of Reef Relief in Key West Florida, came up to me and told me of her talk with Kathy Fletcher the founder of People for Puget Sound in Seattle. “We were talking about all the bureaucratic B.S. we have to put up with and all the impossible challenges from big polluters and so forth,” she told me smiling, “and afterwards I felt so much better.” Sometimes it’s valuable just to know that, whatever the challenges, you’re not alone. 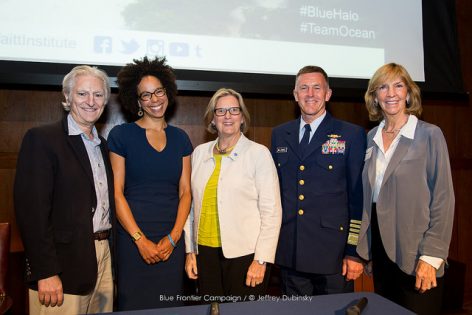 Summit highlights have included helping to ensure the launch of a National Ocean Policy in 2009 and Hill Days that included the largest citizen lobby for the ocean in history in 2015. That particular Hill Day was greeted by a number of Congressional Ocean Champions and helped pass an IUU (Illegal, Unreported, and Unregulated) fishing bill into law as well as let Congress know the ocean now has a constituency that opposes offshore oil but supports full-funding for exploration, science and maritime law enforcement. 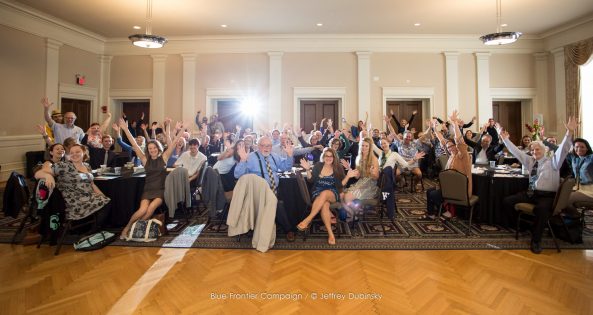 Our constituency – stretching from sea to shining sea and including the inland ocean movement – will be returning to D.C. this spring to let the new Congress and President (whoever she is) know that we have an Action Agenda and the political will to see it through. We ask nothing less than the restoration of the blue in our red, white and blue and, to quote Hillary Clinton, a sustainable blue economy.   See you in May!

Nominate the Next Benchley Awardees 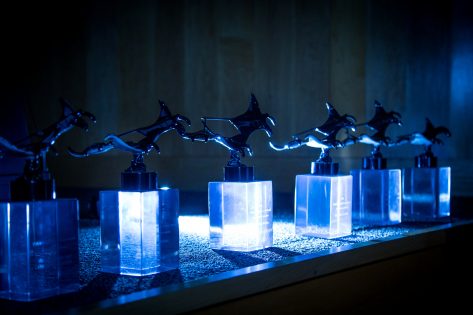 With less than a month to go you also may want to recognize and nominate some of your heroes, the best innovators, policymakers, leaders and solution-oriented heroes of our blue world. The 10th Annual Peter Benchley Ocean Awards that have to date honored 68 ocean change makers from heads of state to local activists will take place on Thursday May 11, 2017 at the Sant Ocean Hall of the Smithsonian Museum of Natural History. For more information on this please go to http://www.peterbenchleyoceanawards.org