In this issue
Benchley Award winners announced
Coast Guard honored in San Fran
Who funds the floods?
Get the salt out! 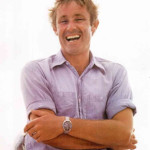 The Peter Benchley Ocean Awards are the preeminent global awards for ocean and coastal conservation.  They reflect a broad range of solutions across many sectors. Information about the awards and registration for the event can be found here.

This year’s award winners, who will be honored in San Francisco on May 30, 2014 inspire us all.  They include: 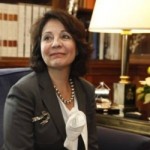 As Commissioner for Maritime Affairs and Fisheries for the European Union, Greek politician, activist and author Maria Damanaki has initiated major and enforceable efforts to end Illegal, Unreported and Unregulated (IUU) pirate fishing both in the EU and across the globe. She has worked to reduce bycatch (the capture and killing of non-target species of marine wildlife) and promoted sustainable fishing practices within the EU.  She has also focused on a more balanced and environmentally sustainable ‘Blue Economy’ for Europe including a recently launched action plan for the development of the renewable ocean energy sector including wind, wave and tidal. 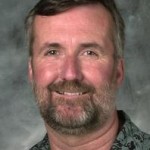 Steve Gaines is Dean at the Bren School of Environmental Science and Management at UC Santa Barbara and a Professor of Ecology, Evolution and Marine Biology.  For years he has applied his research to finding solutions to seemingly intractable problems.  His work building sustainable fisheries, effective marine reserves and ocean wilderness parks and addressing the challenges of exotic species and climate change in the ocean have proven vitally important to the health of our blue planet.  Equally valuable is his work building scalable solutions through partnerships among researchers, industry, non-profit groups and governments and the outstanding role he’s played in the education and mentoring of the next generation of marine scientists. 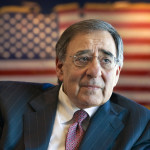 The Honorable Leon Panetta was born and raised in Monterey, California where he became a member of Congress before going on to serve as Chief of Staff in the Clinton Administration and CIA Director and Secretary of Defense under the Obama Administration.  In 2002 and 2003 Panetta chaired the Pew Oceans Commission, the first blue ribbon panel to report on the state of our public seas in over 35 years.  That report helped inspire a federal commission on the need to protect the health of the ocean, and also led to a U.S. National Ocean Policy now being implemented.  As a member of Congress, Panetta played a key role in the establishment of the Monterey Bay National Marine Sanctuary, the largest ocean reserve in the U.S. at the time.  His love and concern for the coast and ocean and the communities that depend on them remains undiminished.

For Excellence in Media – Gabriela Cowperthwaite 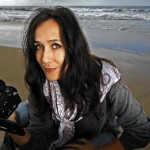 First time documentary director Gabriela Cowperthwaite has created a powerful work of investigative reporting in 2013’s Blackfish.  The film premiered at the Sundance Film Festival and has since been repeatedly broadcast on CNN, in theatrical distribution and on Netflix.  It has caused consternation at SeaWorld Entertainment (owned by the Blackstone Group) by raising issues of worker safety, corporate duplicity and the treatment of captive whales following the death of SeaWorld trainer Dawn Brancheau in 2010, killed by a bull Orca.  Cowperthwaite’s work has led to civic actions and protests and has informed and inspired people to act as engaged citizens.

In 2000 his Royal Highness Prince Khaled bin Sultan of the Kingdom of Saudi Arabia, an avid scuba diver and marine conservationist, established the Living Oceans Foundation as a non-profit research organization around the concept of “Science Without Borders.”  In the years since, its major research vessel, The Golden Shadow has explored many of our blue planet’s coral rich seas producing new and detailed maps of coral reef ecosystems, creating valuable new databases for science, developing and deploying new sensing and mapping technologies and promoting a new generation of coral researchers.  As the foundation expands, it will continue, through its explorations, to help governments, scientists and policy makers better understand, protect and restore these most endangered of marine habitats.

16-year-old Casey Sokolovic is the founder of Love a Sea Turtle (L.A.S.T.).  She first became active at age 8 when her class took a field trip to the Karen Beasley Sea Turtle Hospital in North Carolina.  To help out the injured and sick animals there, she began baking and selling turtle-shaped cookies.  Soon she was selling t-shirts and holding 5 and 10K trail runs as fundraisers.  Her efforts inspired a Fair Trade Sea Turtle coffee blend now sold nationwide with 10 percent going to the Turtle Hospital.  Casey has also created a summer camp program through the Boys & Girls Clubs of North Carolina to connect students from the watershed to the sea.  She works with other activists including 2013 winner Sean Russell and speaks about sea turtles to young people and adults across the U.S.A. 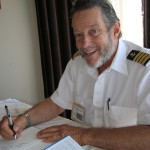 Captain Charles Moore grew up in and on the Pacific Ocean, sailing from a young age.  In 1997, returning from a yacht race between California and Hawaii, he veered from the usual sea route and saw an ocean he had never known. “Every time I came on deck to survey the horizon, I saw a soap bottle, bottle cap or a shard of plastic waste bobbing by. Here I was in the middle of the ocean and there was nowhere I could go to avoid the plastic…” He founded the Algalita Marine Research Institute in 1994 “to protect and restore the marine environment.”   After discovering “The Great Pacific Garbage Patch” Algalita developed protocols for monitoring marine and beach micro-plastics now in use worldwide.  His over 100,000 miles of research voyages and the media attention his published papers have generated, familiarized people worldwide with the threat of plastic waste in the ocean.   His work has helped inspire dozens of activist groups and civic movements to reduce plastic waste at its source.  His book, Plastic Ocean was published in 2010.

If you are interested in honoring these blue heroes on May 30 as a sponsor or awards dinner attendee please contact us.  There will also be a Peter Benchley Ocean Seminar at the Aquarium of the Bay on May 31 that will be open to the public. 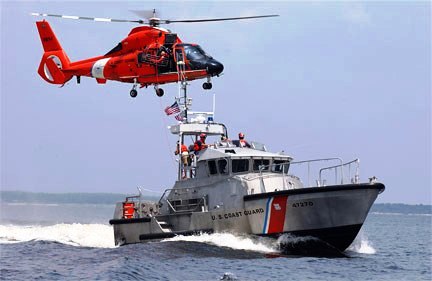 Many stewards of the sea are also members of the U.S. Coast Guard (the ‘Coasties’), whose many maritime actions are recounted in ‘Rescue Warriors – The U.S. Coast Guard, America’s Forgotten Heroes.’ A video for the book, showing these brave men and women in action, can be seen here.

That’s why Blue Frontier has taken a leading role in organizing the San Francisco Coast Guard Appreciation Day scheduled for April 26, the first time a major port city has honored those who assure the safety, security and stewardship of our coastal and ocean waters.

The planned waterfront celebration will include Coast Guard rescue and response exercises, boats, cutters and helicopters. Other partners in the event include San Francisco’s Pier 39, The Aquarium of the Bay, The Blue and Gold Fleet, The Port of San Francisco, The Pacific Interclub Yacht Association and The Pacific Coast Federation of Fishermen’s Associations.  Look for more in the next Blue Notes or contact David Helvarg if you’d like to be a part of this or plan a Coast Guard Day for your own city.

Who Pays for the Next Flood?

“The Coast is never saved, the coast is always being saved,” said the late California Coastal Commission Executive Director and Benchley ‘Hero of the Seas’ Peter Douglas. 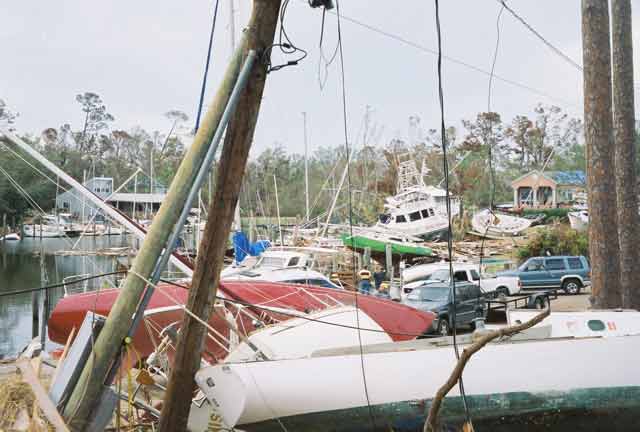 gut the 2006 Magnuson-Stevens Fishery Conservation and Management Act reform that is finally beginning to see the rebuilding of depleted stocks of edible marine wildlife, not to mention the fishing jobs and food security that go along with that.  This was done by giving science a lead role in setting quotas rather than having the fishing industry regulate itself.  Yet industry friends and donation recipients in congress continue to try and fix what isn’t broken

Another example was highlighted in a recent New York Times article.

on how decades-overdue reform of the FEMA Flood Insurance Program, finally enacted in 2012 in the wake of Hurricane Sandy, is now likely to be revoked rather than adjusted.

As reported in the 2000 book Blue Frontier, FEMA Flood Insurance, introduced in 1968, was a well-intentioned disaster in its own right, that provided cheap coverage for coastal structures too at risk for the private insurance industry to even consider covering.  The federal coverage allowed banks to provide mortgages for high-risk construction on barrier islands and in flood plains creating the greatest U.S. land rush since the closing of the western frontier.

Sticker shock set in when people living on New Jersey Barrier Islands and Louisiana floodplains got insurance bills reflecting the real cost of living in harm’s way, often 2 to 10 times what they were used to paying.

This has been followed by a rare display of bipartisan pandering; Senators from Louisiana and New Jersey have led the move to delay implementation of flood insurance reform by at least 4 years (or an undetermined number of landfall hurricanes).

The real challenge is to find ways to adapt to future storms, sea-level rise and other climate impacts in high-risk coastal zones that have already been overbuilt as a result of past government action without bankrupting the people already living there.   No major shift in policy like flood insurance reform is likely to take place without the need for adjustments to assure it meets the triple bottom line of environmental protection, economic security and social equity for the millions of people it’s going to effect.  But retreat is not the answer, unless of course you live too close to the beach. 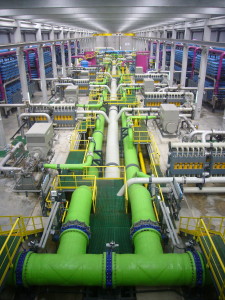 Taking the Salt Out

Desalinization is another challenge in coastal areas that I tried to address in a Los Angeles times opinion piece last week.  Feel free to check it out here.

If you like what you read in Blue Notes, feel free to share it or post it as you like.  Also feel free to suggest ideas or organizations you’d like to see profiled in our Seaweed Spotlight section that will return next month.