February drew hundreds of people. A mix of global leaders, ocean luminaries, philanthropists, billionaires, the National Geographic Society and varied salt-water special interests ranging from shipping to BP, Chevron and Shell paid $2,000 or more each to attend. I, and The Economist’s Editor-in-Chief John Micklethwait, called it “Davos for the Ocean,” but I didn’t mean that as a compliment.

That annual conclave of the world’s wealthiest in the Swiss resort of Davos where they can be close to their money while tapping top experts for top-down solutions to the world’s problems, has never struck me — or the thousands of protestors who regularly turn out for it — as a good strategy for social change.

Yet generating rapid, radical alternatives to how we use our world ocean is an urgent task given the cascading disasters of global overfishing, growing pollution, coastal degradation and climate change that threaten billions of people’s food security, homes in high-risk coastal zones, social stability, even loss of basic ecosystem services like the more than half our oxygen generated by ocean plankton.

While I doubt solutions to these problems will come from Economist summit participants such as the World Bank or an industry-funded ocean council, I do find it hopeful that influential people and institutions are beginning to pay close attention.

“Our oceans are in trouble. The good news is we know exactly what is happening in our ocean and we have a good understanding of what we need to do, though we don’t have the political will to do it,” pointed out U.S. Secretary of State John Kerry in his telecast opening remarks. “We’re going to have to build a very significant political effort around this issue. We have to summon global cooperation so that we can take the steps necessary to protect our oceans for generations to come.”

He also called for protection of 10 percent of the ocean as marine wilderness reserves (presently less than 3 percent is protected) and announced a State Department meeting this summer on the state of the ocean.

Along with Kerry and Prince Charles of Britain, who spoke of overfishing, President Juan Manuel Santos of Columbia weighed in remotely while Prince Albert II of Monaco, President Aníbal Cavaco Silva of Portugal, the former Presidents of Costa Rica and the Seychelles and former U.S. Secretary of Defense Leon Panetta attended in person to highlight their concerns. 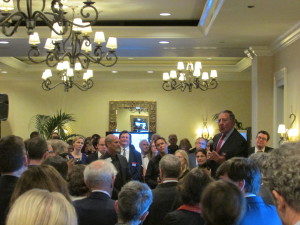 Panetta, who was raised in nearby Monterey, recalled the collapse of its sardine fishery when he was young and its impact on local jobs and families that he hopes will not be repeated on a global scale. He recalled his work as a Congressman fighting attempts “to sell off the coast for oil drilling,” and his successful effort to establish a drilling moratorium and create the Monterey Bay National Marine Sanctuary. “But what the U.S. does is not enough,” he said. “The oceans are a global issue. So by all means talk to each other… but damn it, come to a conclusion!”

The Economist held its first Ocean Summit two years ago in Singapore. When asked if the ocean was now in worse shape attendees indicated it was with what John Micklethwait quipped was “North Korean like,” unanimity. People did, however, agree that popular awareness of the problem is on the increase. This is part of what I call the X factor. One line of the X indicates the decline of the ocean’s ecosystem, the other rising public awareness of the need for practical solutions. Where the two lines cross will indicate how much is left to protect and restore if we can.

One problem with the summit was its establishmentarian sense that ocean sustainability and continued economic growth for all marine sectors is possible with some tweaking of government subsidies, targeting of illegal fishing practices, more efficient ship propulsion and sound policy management through a UN ocean agency or existing treaties. The idea that there will be major winners and losers if we restructure our approach to 71 percent of our blue planet and the trillions of dollars already invested there was largely glossed over.

For example, a moderator asked Rupert Thomas, Vice President for Environment of Royal Dutch Shell if — given the impacts of climate change — offshore oil drilling should continue. His response was that, “It’s critical to multi-stakeholder dialogue that we better understand concepts like marine special planning,” in order to avoid answering that question.

More useful highlights from the three-day Summit included:
— A briefing session on new metrics for measuring the ocean’s economic and environmental health including an “Ocean Health Index” presented by Beau Wrigley, whose obvious commitment to marine sustainability, along with his iconic family, makes me want to chew more gum.
— A National Geographic dinner presentation by photographer Paul Nicklen, whose tales of near death freezing his butt off and the stunning images of narwhales, leopard seals, polar bears and spirit bears that resulted reminded us all that we have an obligation to more than just our own species on this blue marble planet.
— Another panel looked at efforts towards ecosystem-based coordination of ocean uses within nations’ 200-mile Exclusive Economic Zones and included representatives from China, Chile, Indonesia (which just banned the killing of Manta Rays) and Belize. And while Belize seems to have the most advanced protection of its reef, I’m rooting for incremental improvement in China given its population is 4,000 times larger than Belize’s.
— First-hand reports of how Portugal and Mauritius are also moving forward with science-based management of their ocean economies proved hopeful indicators of how the rest of the world might change. Now if only major nations like the United States, China, India and Russia would follow the examples being set by regional players like California who’s evolution from frontier exploitation to world-class marine stewardship I recount in my book, The Golden Shore – California’s Love Affair with the Sea.

I believe this can happen, but only if citizens of all nations become actively engaged in bottom up marine grassroots (or seaweed) efforts. Personally, I take my marching orders from a banner I saw carried at the forefront of 30,000 demonstrators during the 1992 Earth Summit in Rio where 108 Heads of State also met. It read, “When the people lead, the leaders will follow.”

You can also find this story on Huffington Post at: http://huff.to/1flCrpI

Google was also at the World Ocean Summit showing off some new ocean tech including the Catlin/Seaview underwater camera sled. If you’re not a dedicated diver or a dolphin with echolocation this may be the next coolest way to check out the other 97 percent of the living space within our big blue home.

A regular feature of Blue Notes where we shine our light on a group from the Blue Movement Directory in order to create a more self-aware and collaborative movement. This month we feature The South Carolina Coastal Conservation League 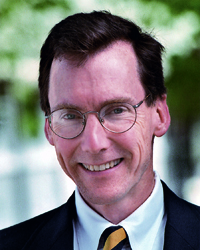 Stephen Colbert isn’t the only cool thing from South Carolina. Since South Carolina native and one-time New York investment banker Dana Beach founded it in 1989, the Coastal Conservation League, with its staff of 30 has worked with communities, businesses and citizen groups to protect South Carolina’s famed white sand beaches, also its salt marshes, freshwater swamps, pine savannahs and the wildlife, both terrestrial and marine, that depend on them.

While South Carolina has a reputation as an ultra-conservative state, Beach and the Coastal Conservation League have been able to focus on the best meaning of conservative, which is to conserve, protect and hold sacred those parts of creation such as clean air, water and beautiful living coastlines we all value and hope to pass on to future generations.

Beach and his activist crew have led successful campaigns against a coal-fired power plant, industrial hog farms and giant garbage dumps across the state. They have also won – in collaboration with others – conservation easements and protections for over a million acres of coastal habitat.

Among its newer campaigns the Conservation League is working to limit industrial and residential development on a 9,000-acre plantation property adjacent to the more than quarter million acre Francis Marion (AKA: Swamp Fox) National Forest on the state’s coastal plain.

Another of their campaigns has raised almost $7 million to save 35 acres of habitat that had been slated for development around the state’s famed ‘Angel Oak’ tree. The more than 500-year-old tree with its sprawling canopy rises 66 feet above its surroundings on Johns Island next to Charleston. 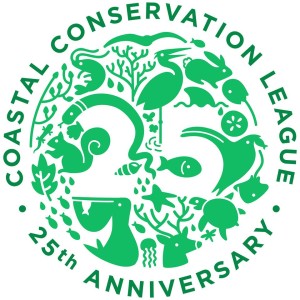 The League is also working to limit the impact of massive cruise ships that have begun visiting Charleston, and they’re working to get the state to begin planning for the impacts of climate change and sea-level rise while also promoting clean-energy alternatives to fossil fuel.

“We’re also working on a sustainable agriculture program that we’ve launched centered on, “GrowFood Carolina,” Beach tells me. “This is a local food hub that buys produce from small to mid-sized farmers and sells to more than 100 customers – popular restaurants, grocery store chains and others- in the Charleston area and this is a model being replicated statewide. The rationale is that the next phase of land conservation is about agricultural land and we have to have a stable rural economy in order to protect much of what is left to protect in our state. So this way, instead of relying on global commodity agriculture state farmers can sell for a premium price within 150 miles of their farms. It’s been a tremendous success so much so that it’s been embraced by the local establishment including the state Department of Commerce and Department of Agriculture, the same folks we were at loggerheads with in the 1990s” (when they stopped industrial hog farms from coming into the state). That victory over a major source of pollution was also good news for actual loggerhead sea turtles, the official state reptile of South Carolina.

“What I love about this job is I’m not dealing in abstractions,” Beach explains. “For the farmer or fishermen about to lose their livelihood or the salt marsh about to be destroyed the work we do is translatable into real results on the ground in the places we know and love.”

And after a quarter century of lawsuits, protests, collaborations and finding solutions the Coastal Conservation League has become very good at getting those results.