Blue Frontier Field Campaigner Margo Pellegrino having paddled Miami to Maine and Seattle to San Diego has just completed a 58-day journey – phase one of her New York to New Orleans Paddle. She launched from New Jersey in her outrigger canoe on May 20 and arrived in Chicago on July 18. Having gone up the Hudson River, through the Erie Canal and traversed three Great Lakes (Erie, Huron and Michigan) she will continue next summer, completing her journey down the Ohio, Illinois and Mississippi Rivers to New Orleans. All this to raise awareness and build networks around our need for clean water and a healthy ocean, but let her explain: 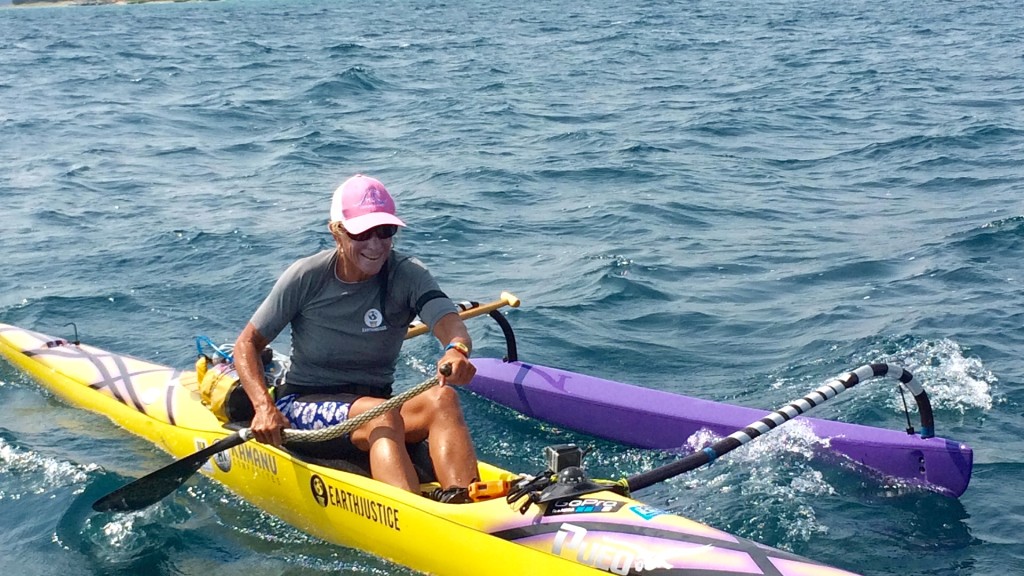 As this paddle adventure for our ocean and clean water ends, my thoughts drift to all the people we met and the places we’ve been, along with the news from places we passed through.  All along this route, from the Passaic River in Newark before the “official start” of the paddle from NYC to here in Chicago, people have been telling us local water pollution horror stories. Whether it’s the issue of toxic sediment from industry in the Hudson River, the Combined Sewer Outfalls (CSOs) all over that mingle untreated sewage with flood waters during times of heavy rain, or the Army Corps’ plan to dump the toxic dredge spoils of the Black River in Ohio into the middle of Lake Erie-with the EPA’s approval, or the invasive species in all of the Great Lakes, these stories seemed to follow us wherever we went; there was no shortage of them.

As with all of these paddle adventures, the weather provided ample fodder for discussion and contemplation. The May 20th start date was bumped up a couple of weeks from the original plan, and it’s a good thing it was. About a week or so after leaving the Erie Canal and being chased by storms practically the entire way across the Great Lakes, parts of the canal were 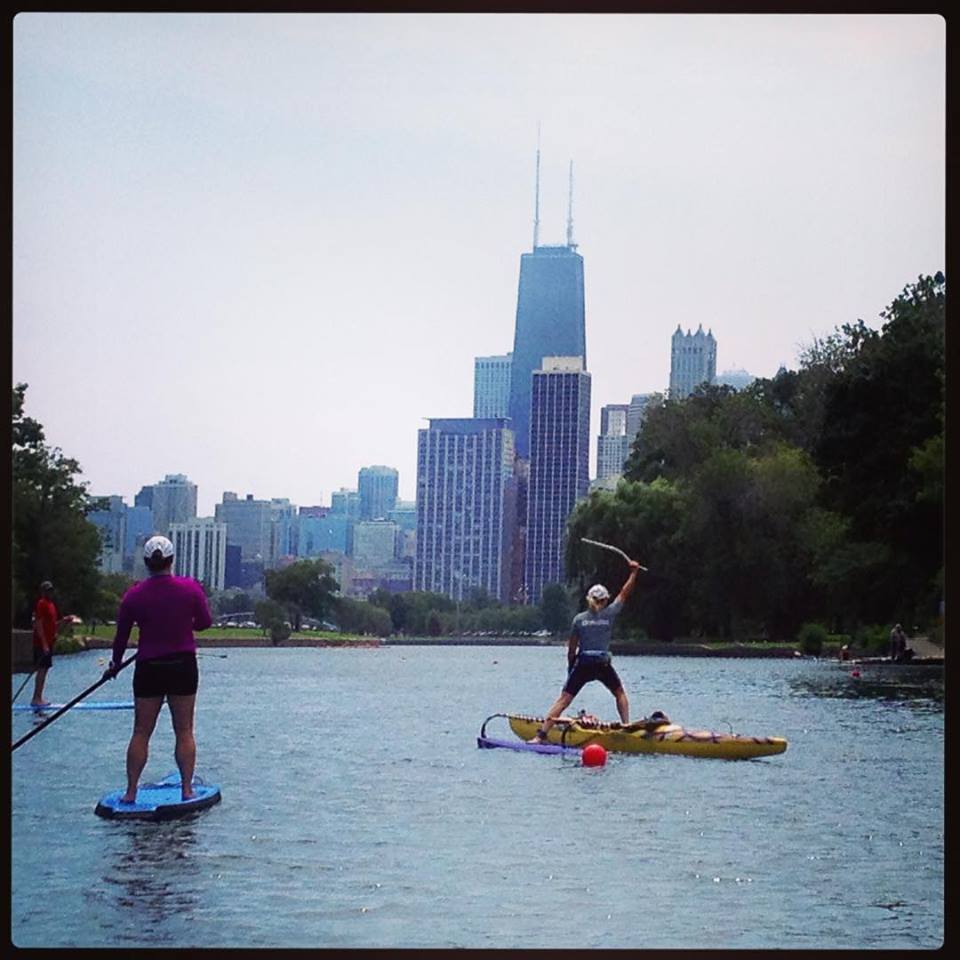 closed to navigation due to high water and hazardous conditions. The rain also presented run-off issues, and apparently the Ohio authorities had beach closures due to water quality issues thanks to the rain and run-off, including at the Maumee State park where I paddled in for my last Ohio stop, according to the news photographer who took my picture there. I also read, a few days later, about warnings to Columbus, Ohio residents not to drink their water due to a high level of nitrates.  So the increased rain presented both navigation and water quality issues. I was happy to wear booties on my feet to keep them warm and protected. Any open wound on my feet would also surely put me at risk for infection in these waterways, especially the closer to Detroit I got, where CSOs abound. Taking a photo of a floating condom in the water, among other items people flush down the toilet but shouldn’t, only drove home this fact.

This upstream, salmon style journey through our waterways to promote clean water and a healthy ocean is not a singular effort. It would not be possible without the efforts and help of folks met along the way and those that heard about it through their paddling networks. Complete strangers hosted me along with my shore side support team of first Lindsy Coons and then Jessica Besock.   Once we got into Michigan, Stacie Draher-Dimick, a fellow paddler, began to find us places to stay, and that blossomed into hosting offers at every landing site throughout the state.  Initially our hosts were just random folks we met, but ever since the St. Clair River area (between Detroit and Lake Huron), we’ve been covered by Stacie’s extensive outreach to paddlers, friends of friends, and their networks.

From the start to the end of this paddle, one observation stands starkly clear to me. Clean water and a healthy ocean have a bigger fan club than any elected officials, and it spans our current political divide. I have not yet found one proponent of polluted water or a degraded ocean. It seems pretty clear that our elected officials should not be turning a blind eye to this fact. We all need clean water and a healthy ocean to survive on this blue water world.

I lived for a decade in San Diego and reported on its two borders, the Pacific and Mexico and recently returned to spend a fe 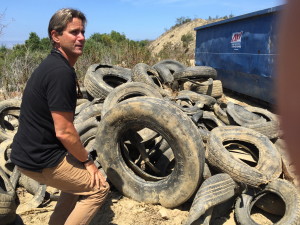 w days in my old haunts including Ocean Beach, La Jolla and the Mexican border.

I visited with Margaret Leinen, Director of the Scripps Institution of Oceanography at their meandering cliff side campus in La Jolla. She told me of many new initiatives taking place there including a soon to be created center for climate impacts and adaptation, a center to look at more traditional hazards such as earthquakes, volcanoes and tsunamis, ongoing work creating ocean observation systems and a center on the ocean and human health that will go beyond our traditional focus on seafood safety and harmful algal blooms – or even bio-prospecting for the next cancer cure. It will investigate questions not presently being asked about organisms, bacteria and viruses and – my phrasing not hers – why there hasn’t been a piscine SARs or Bird Flu (Fish Flu?) type outbreak to date. Are perhaps the billions of marine bacteria and viruses in the aerosolized sea spray we enjoy on our beach visits actually helping us develop immunity? We haven’t a clue but perhaps once this center is up and running we will.

I also took a media tour of the border area with 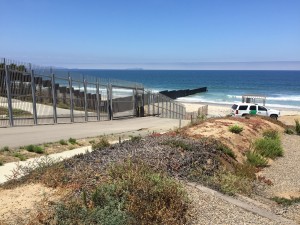 folks from the bi-national environmental group WildCoast including its founder and now Imperial Beach Mayor Serge Dedina, also staffers from California State Speaker of the Assembly Toni Atkins’ office and Tijuana River Estuarine Reserve manager Chris Peregrin. This 2,000-acre border reserve is the largest salt marsh in southern California and includes a surf zone, sand dunes, the marsh itself, fresh water forest and scrublands. The Tijuana River Valley in which it’s located looks a bit like a dry jungle DMZ on the U.S. side with scrub oak, sage, dusty two-lane roads, horse farms and roving green and white border patrol vehicles, also helicopters overhead. On the Mexican side of the U.S. fortified triple fence is the growing city and beachfront of Tijuana.   The International Wastewater Treatment Plant on the U.S. side and its outfall pipe going 3.5 miles offshore barely keeps up with the threat of increased sewage based bacterial pollution.

But today’s tour is focused on the massive piles of old tires that periodically flush through storm drains from the hills of TJ into the valley below. We walk along the sandy bed of the drought-starved Tijuana River hidden behind a curtain of willows, tamarisk and castor bean. Old tires and plastic trash litter its riparian bottomland. Excavations in the riverbed show tires and other trash at least ten feet deep.

The hope is to find a way to get Baja authorities to work with CalRecycle, the EPA and others to find a way to safely dispose of some 2 million old tires discarded in and around Tijuana every year, almost all of them imported from the U.S. under the NAFTA trade agreement. 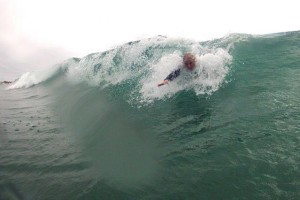 From the river we visit a series of catchment basins, where front-loaders and other heavy equipment remove tons of sediment, tires and trash during winter storms before they inundate the salt marsh. Piles of rock are interwoven with kelp like strands of plastic.

We end our tour at Border Field State Park adjacent to the ocean and Tijuana Bullring. Last time I was here the park was closed except for La Migra, the Border Patrol, and so, despite a third fence-line recently constructed, I’m glad to see it’s reopened to the public. It’s got world-class views of a 20-mile crescent of Pacific coastline where least terns and other endangered seabirds now nest and a small gate where family members from both sides of the border can reunite and hold church services on certain permitted days.

Despite the opportunistic jingoism of Donald Trump and his ilk, this gives me some hope knowing that the only way we can resolve our ocean and coastal challenges is through the triple bottom line of solutions that link the environment, the economy and equity. 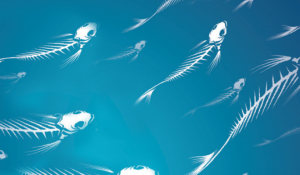 Back in my old neighborhood of Ocean Beach I found the water temperature was a fine 70 degrees and the bodysurfing restorative for body and soul.

For more on Ocean Beach read my memoir ‘Saved by the Sea.’ Its introduction is now excerpted in Utne Reader.

Also check out my article on overfishing “Can We Save Ocean Fish” in the new Food Issue of Progressive Magazine.

A Few Words From the Pope

Speaking of souls, in his recent, much publicized Encyclical Letter, “On Care For Our 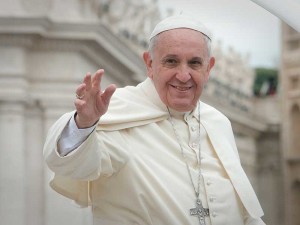 Common Home,” Pope Francis addresses not only climate change but a range of environmental and equity challenges indicating how the world’s poor are most impacted by fossil-fuel fired climate disruption, loss of biodiversity and pollution. He also has a few words to say on the state of our ocean in his must-read 81-page letter. Here he speaks to the loss of coral reefs.

“In tropical and subtropical seas, we find coral reefs comparable to the great forests on dry land, for they shelter approximately a million species, including fish, crabs, mollusks, sponges and algae. Many of the world’s coral reefs are already barren or in a state of constant decline. “Who turned the wonder world of the seas into underwater cemeteries bereft of color and life?” This phenomenon is due largely to pollution which reaches the sea as the result of deforestation, agricultural monocultures, industrial waste and destructive fishing methods, especially those using cyanide and 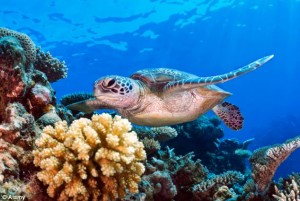 dynamite. It is aggravated by the rise in temperature of the oceans. All of this helps us to see that every intervention in nature can have consequences which are not immediately evident, and that certain ways of exploiting resources prove costly in terms of degradation which ultimately reaches the ocean bed itself.

Greater investment needs to be made in research aimed at understanding more fully the functioning of ecosystems and adequately analyzing the different variables associated with any significant modification of the environment. Because all creatures are connected, each must be cherished with love and respect, for all of us as living creatures are dependent on one another.”

Don’t forget to have your group, city or business join the Sea Party Coalition to stop offshore acoustic testing and the threat of new oil drilling in the Atlantic and U.S. Arctic Ocean. Get Oil Out!

As of July 15 nominations are open for the 2016 Peter Bench Ocean Awards. If you have a candidate you’d like to nominate in one of its eight categories go to the new Peter Benchley Ocean Awards site.

Our Writers For the Sea group is also growing and expanding. Check out the best ocean authors by joining its Facebook page. Also join Blue Frontier’s Facebook page for daily ocean news and updates.

Also if you like receiving Blue Notes please consider a donation to Blue Frontier to keep us writing, organizing and building the next wave of blue activism. DONATE 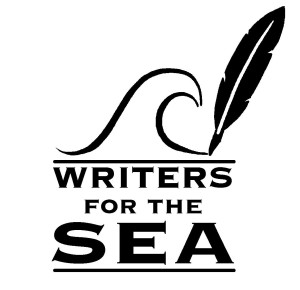 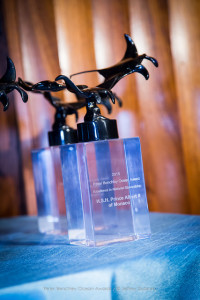