New reports from the University of Alaska and elsewhere published in the journal Science now suggest warming has also unlocked vast frozen methane banks long trapped in Arctic permafrost and ocean bottom formations including the East Siberian Arctic Shelf (just west of the Bering Sea). These have started leaching off methane into the atmosphere. European scientists reported similar plumes of methane rising from the Arctic seabed north of Scandinavia last year (see Blue Notes # 53). This off-gassing of methane, a greenhouse gas 20 times more powerful (in terms of trapping heat in the atmosphere) then carbon dioxide could be the beginning of a long-feared ‘positive feedback loop’ in which human generated warming sets off other climate triggers that will keep overheating the planet in ways we will be unable to control even if we quickly stop burning fossil fuels and tropical forests.

nutrient runoff from farms and cities but also to climate change. As ocean surface temperatures rise (and they were the highest ever recorded in summer 2009) they create a thermal cap that makes it harder for the natural circulation of deep ocean water to the surface where its re-oxygenated by contact with the atmosphere. Among the scientists who’ve reported on this problem over time are NOAA Administrator Dr. Jane Lubchenco who studied an expanding dead zone off of the Pacific Northwest and Oregon coast when she was a professor at Oregon State University and Marcia McNutt who oversaw cutting edge research on climate and dead zones as head of the Monterey Bay Aquarium Research Institute (MBARI) before she went on to head the U.S. Geological Survey.

It’s beginning to look like even if we deal with all the other cascading marine problems of industrial overfishing, nutrient, chemical and plastic pollution and coastal sprawl the health of our seas could still be terminally compromised by our energy choices (the burning of fossil fuels). Plus, I don’t think it helps when President Obama, in his State of the Union Address, tells us we can develop a new non-carbon energy system based on offshore drilling, nuclear power and clean coal. That’s like advocating a healthy lifestyle based on fast-food snacking, amphetamines and low-tar cigarettes. We don’t know if it’s too late yet to turn the tide on these threats but we should at least be making a serious adult effort. 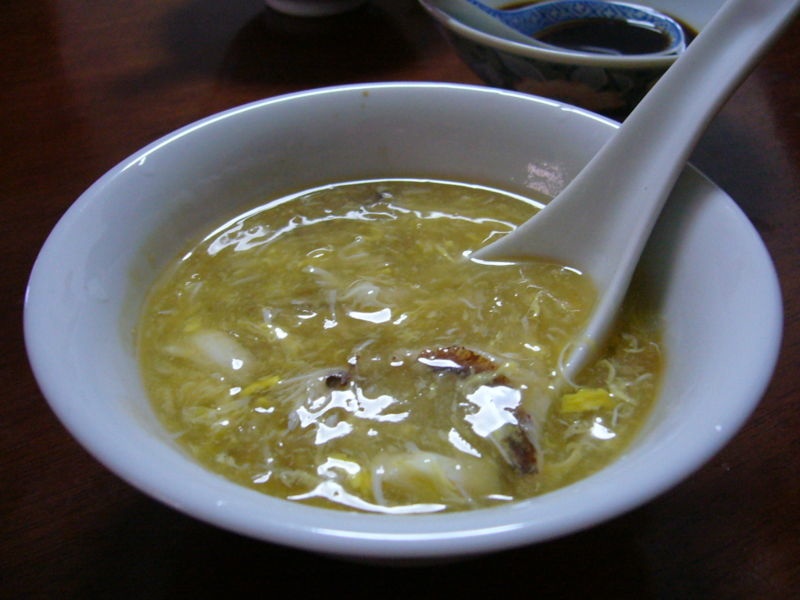 Speaking of harmful algal blooms (a top public concern when survey polling is limited to asthmatic surfers and manatees) on March 12 Rep. Brian Baird (D-WA) and Connie Mack (R-FL) with support from many of their colleagues and inspired by our friends at Ocean Champions got the House to pass the Harmful Algal Bloom and Hypoxia Research and Control Act (HR 3650) that will develop a national strategy to reduce harmful algal blooms and hypoxia which are in fact a growing threat to both human and marine life. Now of course the bill has to win support in the Senate a place sometimes oxygen-deprived in its own right. 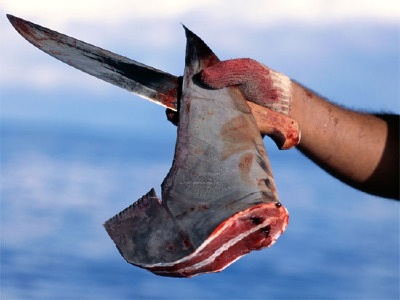 Meanwhile Seaweed (marine grassroots) groups in Hawaii are having great success campaigning for a state law to ban the harvest, possession or trade in shark fins anywhere in Hawaii. This would prevent not only the wholesale slaughter of sharks in area waters for the high-end shark fin soup market, but also stop situations like one last year when a Korean vessel in Honolulu harbor was found to have thousands of fins in its hold but the Coast Guard and other enforcement agencies that boarded it were unable to make arrests because the fins were not being offloaded in a U.S. port and so not illegal. Like elephant ivory or tiger bone, shark fins need to become contraband everywhere. Hawaii, where sharks have sometimes been known to be “Aumakua” the protectors of local families, is a good place to start.

An Oscar for the Dolphins (and hook for the Bluefins)

‘The Cove’ won the Oscar for Best Documentary this year. As a result of its impact they’ve stopped killing dolphins in the town of Taiji for the moment though the city fathers promise to continue the slaughter. In addition, the Japanese government that also subsidizes whaling has said it will ignore a global ban on the trade of highly endangered Bluefin tuna if that comes to pass at a meeting of the Convention on International Trade in Endangered Species (CITIES) that’s just began in Doha Qatar.

Peter Garrett, former lead singer for the band ‘Midnight Oil,’ and now Australia’s environment minister has said his country will not go along with a ban but rather support a limited trade in Bluefin. One question Mr. Minister? “How do we sleep while our beds are burning?” 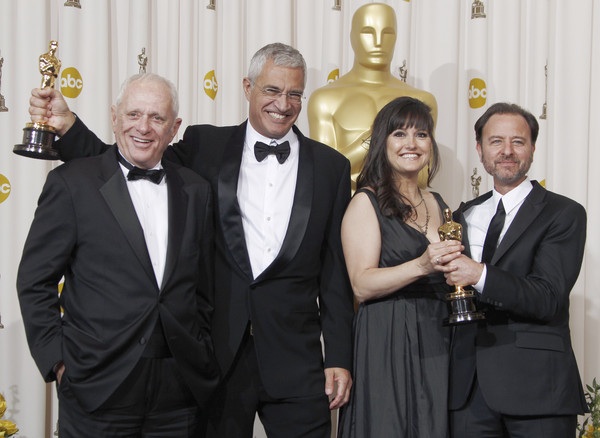 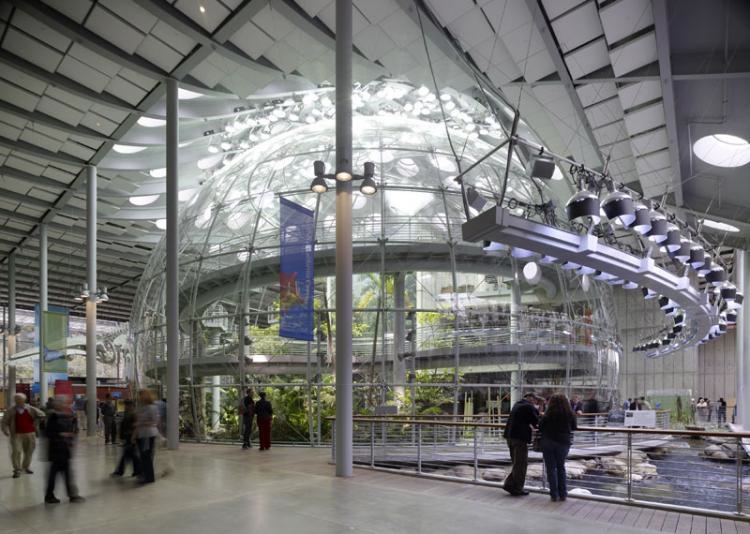 The Cove’s Director Louie Psihoyos and his crew didn’t waste Oscar week just partying. Instead they continued a months-long sting documenting one of the most expensive sushi restaurants in the city (called “The Hump” aka “The Perp”) illegally serving Sei whale. U.S. Fish and Wildlife then made the bust. It’s that spirit (and a great film) that got Louie named winner of a 2010 Blue Frontier/Peter Benchley Award that will be presented on Friday June 25 at the California Academy of Sciences museum in San Francisco. This year’s Benchley Award categories include Policy, Science, Media, Exploration, Foundation Spirit and Hero of the Seas. The awardees and presenters are all world class. More on the Benchleys in the next Blue Notes.

And the Sea Lion Statues go to…

The top three Northern California/ Nevada High School winners at the end of the all-day Sea Lion Bowl on the campus of San Francisco State March 6 were Mission San Jose, Lowell and Sierra. The competition was sponsored by SF State’s Romberg Tiburon Marine Center, and was one of 25 regional competitions held by the National Ocean Science Bowl. I had the honor of giving the top three teams copies of ’50 Ways to Save the Ocean.’ Now Mission San Jose gets to go on to the nationals in St. Pete Florida in April. Go Sea Lions! I have to admit there is something about spending time with Seawhip smart and spirited teens that leaves me feeling optimistic for our ocean planet despite the best available science. 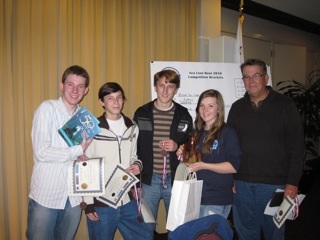 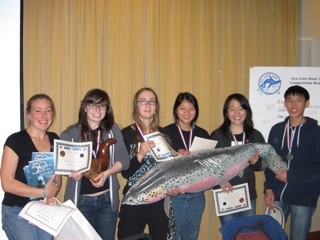 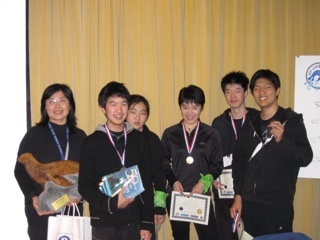 So, can you help this otter read?

Probably not, but you can learn more about his world and ours by reading my memoir, ’Saved by the Sea – A Love Story with Fish,’ coming out May 11. The book tour is launching at the New England Aquarium that same evening. The Saved 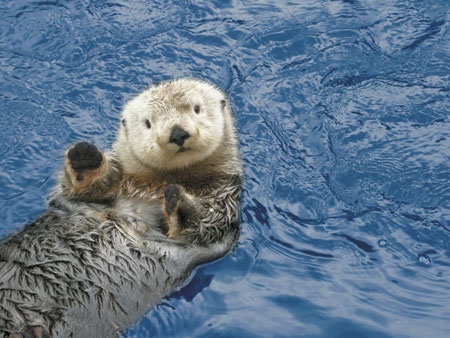 by the Sea Tour will be a chance to highlight not only the dramatic changes that have impacted our living seas during the blink of an eye in which I’ve lived my life this last half century, but also reflect on the link between all of our lives and the natural world around us most of which is saltwater. Henry David Thoreau once wrote, “Heaven is under our feet as well as over our heads.” I’d just amend that to say heaven is also under our flippers. My tour will be a chance to talk about solutions and highlight some of the efforts being carried out by blue groups around the nation. Among those groups helping to host and promote the tour are the New England Aquarium and Aquarium of the Pacific, Mystic Seaport, Windows On Our Waters, Conservation Law Foundation, Ocean Rivers Institute, The Ocean Project, NOAA, Heal the Bay, Santa Monica Baykeeper, NRDC, Surfrider, Oregon Shores Conservation Coalition, friends old and new and, of course independent bookstores. Below are tour dates and places as of now. If you or your group would like to help out with an event or help spread the word through your media outlet(s) please contact us at info@bluefront.org