BLUE NOTES #75 – Some thoughts and pictures from the Gulf Disaster

This past week I cut my ‘Saved by the Sea’ book tour short to take an initial trip to the Gulf Disaster Zone.  Short shrift but sincere thanks to all the folks who helped organize the book tour through California and Oregon and apologies to friends and fellow seaweed rebels in Washington and Hawaii who I hope to visit with later.

Once I arrived in New Orleans I got support in moving around on the ground, air and water from Greenpeace, the Gulf Restoration Network, International Bird Rescue Research Center, SouthWings, the U.S. Coast Guard and others, including my good friends in Algiers Point.  When I called scientists I know in Mississippi and Alabama they both said almost exactly the same thing,  “David, I only hear from you during disasters.”  It’s been less than five years since I covered Hurricane Katrina but BP’s ongoing oil disaster is so much less natural and could have been so much more preventable had we chosen that path. 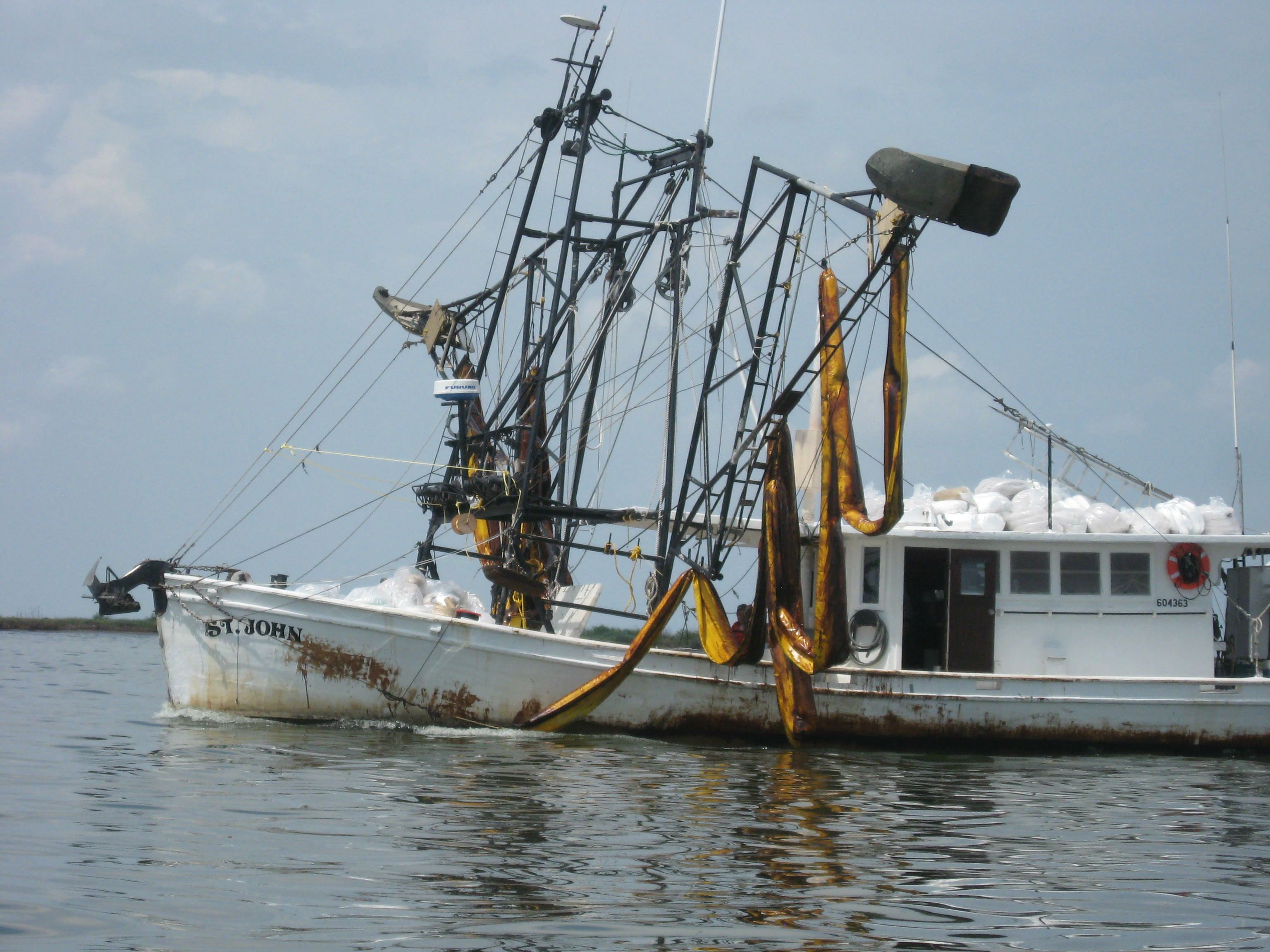 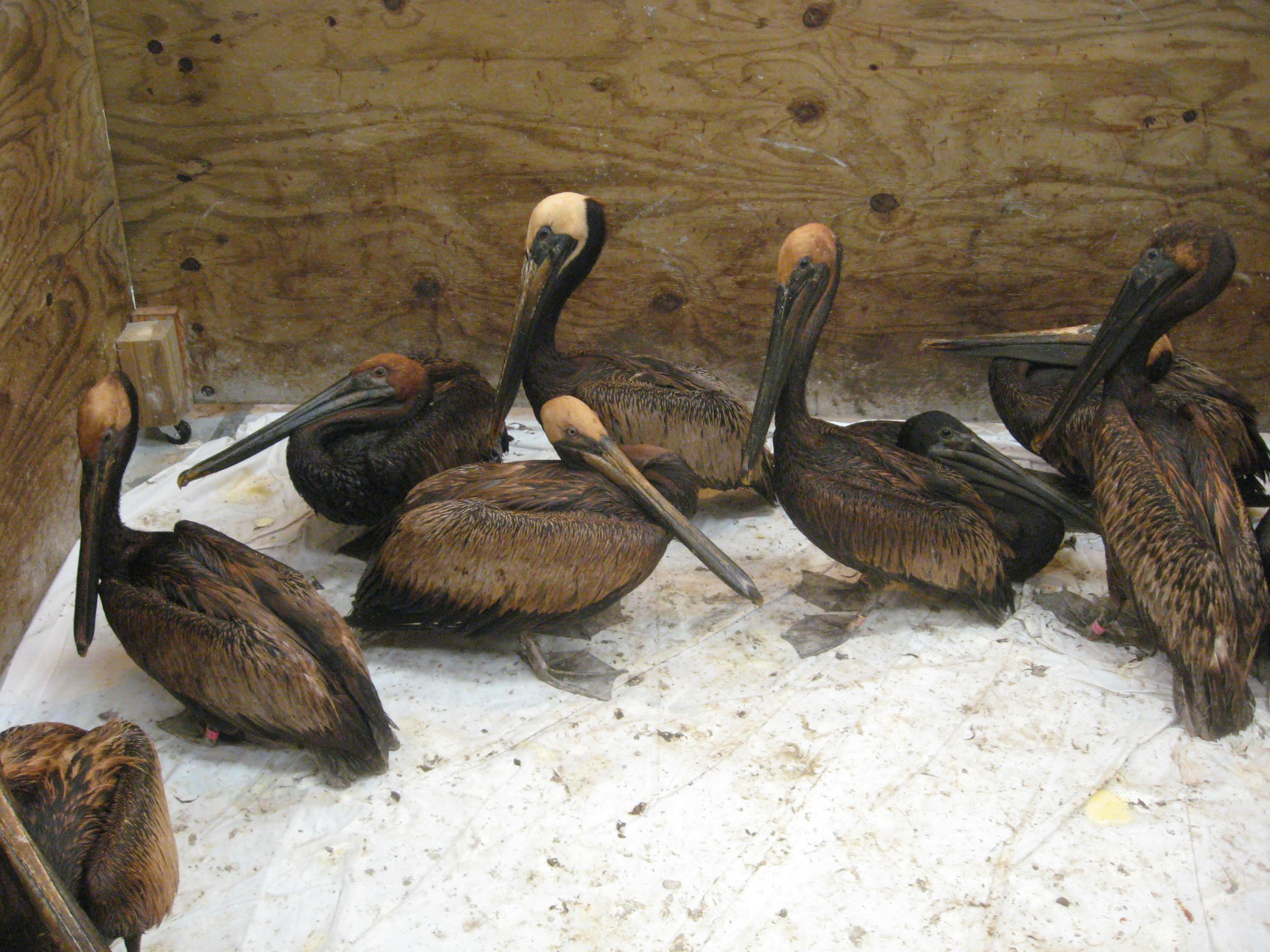 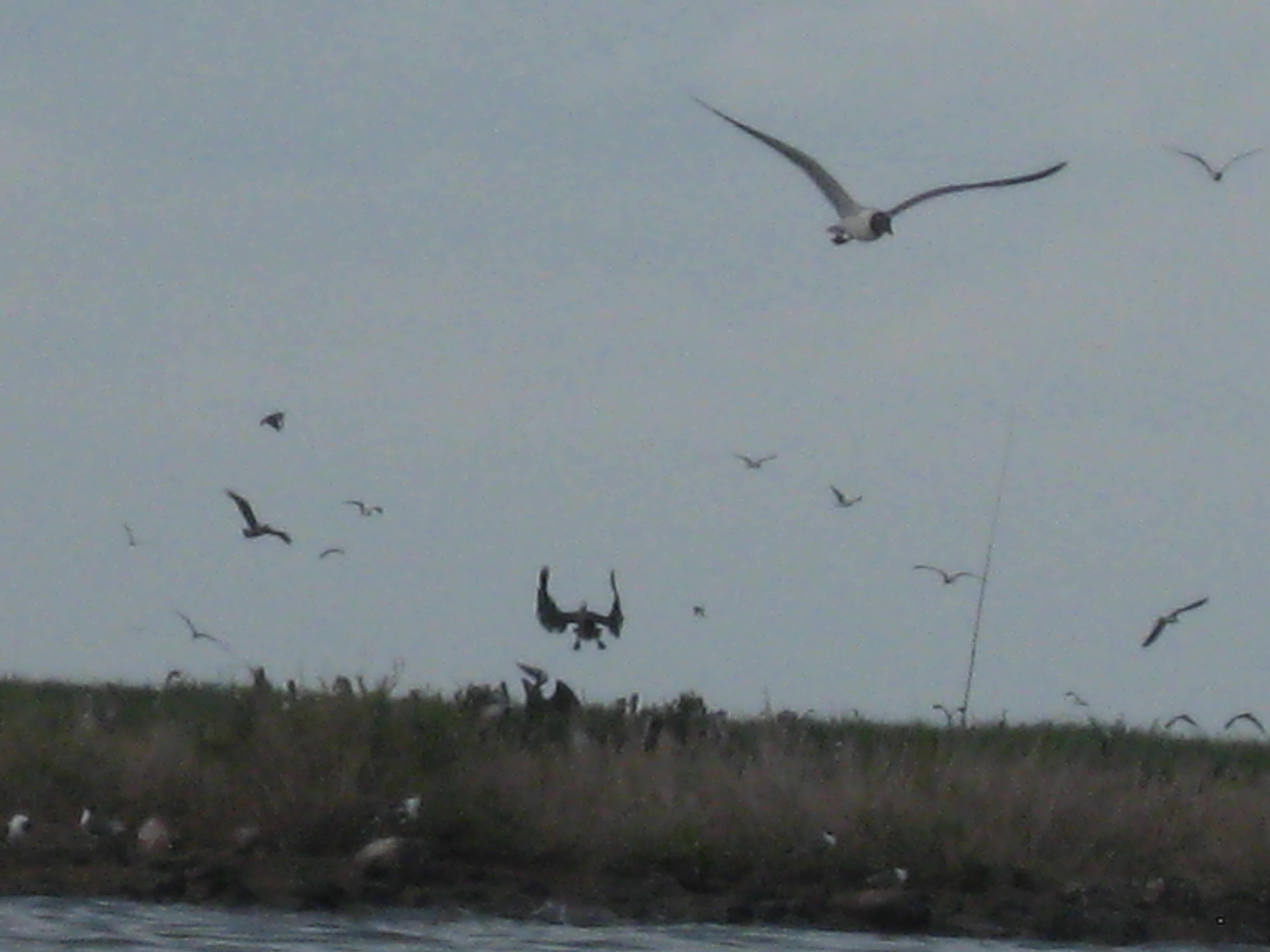 Ten years ago when I flew out to a BP deepwater platform in the Gulf of Mexico aboard an oil-industry service Bell 412 helicopter I was amazed there were production rigs as far as I could see out to the horizon.   On Monday I flew out over the Gulf with Tom Hutchings, a SouthWings pilot, to the Source – “The Source” is what they call the ongoing oil eruption where BP’s Deepwater Horizon platform sank in April and is now, once again, spewing without any control or containment cap since an ROV robot sub knocked into a hot water line a mile down on Wednesday.

Flying in a small Cessna at 2,000 feet I can see oil spills as far as the horizon.  There are also thick columns of black smoke and orange flames on the water where they’re burning off surface oil.  We also spot and count 75-100 dolphins and a sperm whale moving slowly through thick rainbow sheets of oil some 30 miles from the nearest clear water. 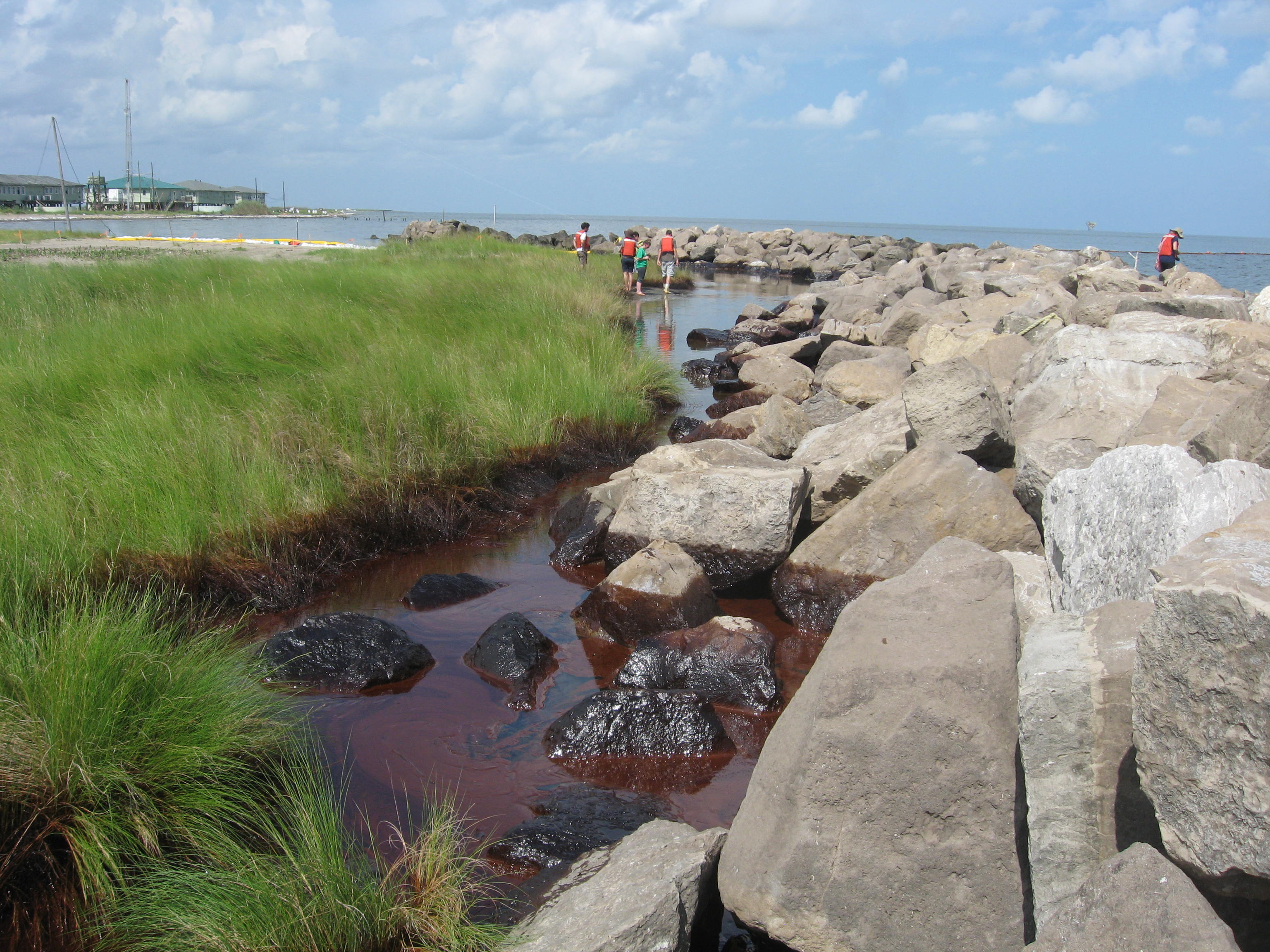 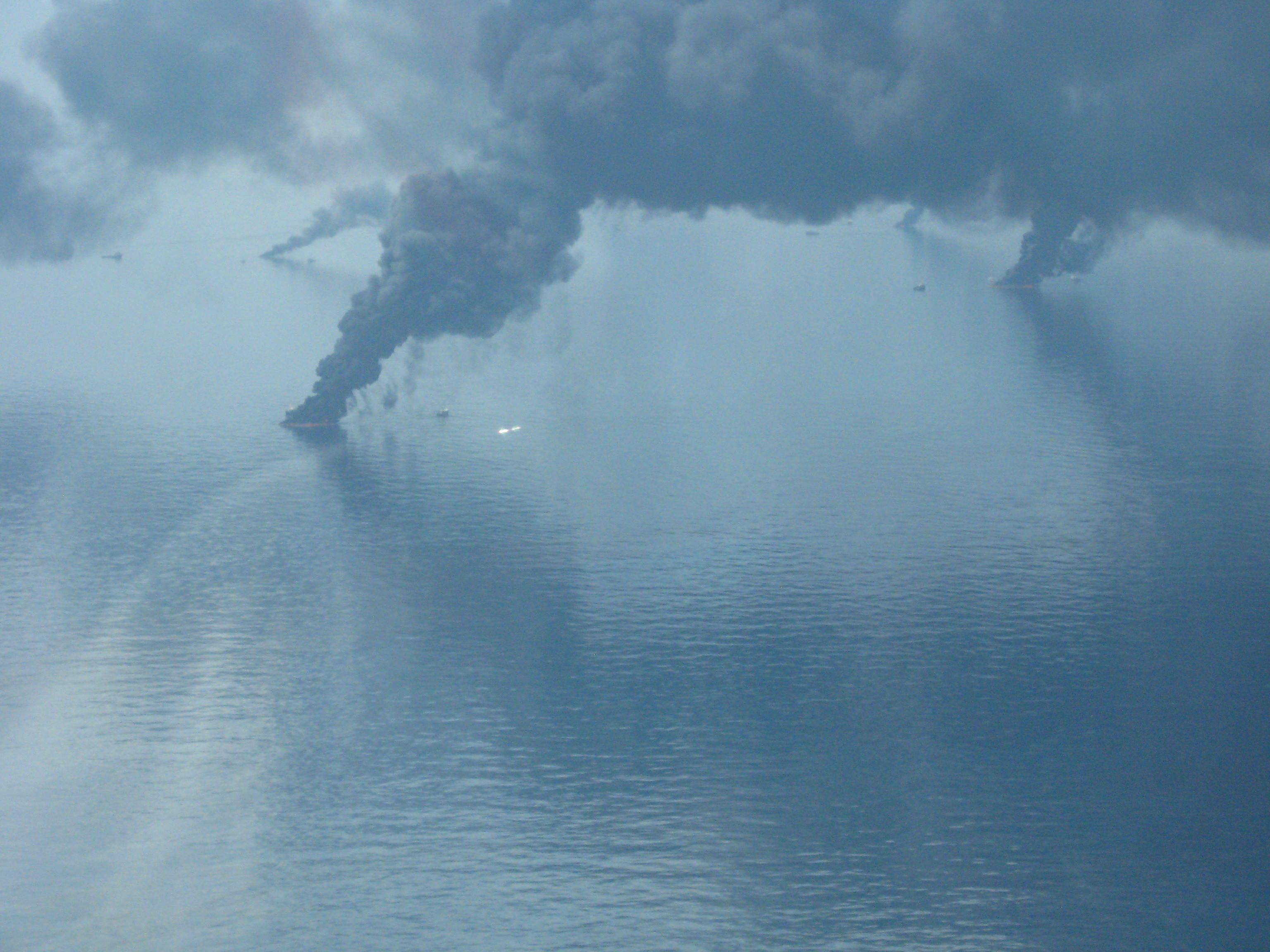 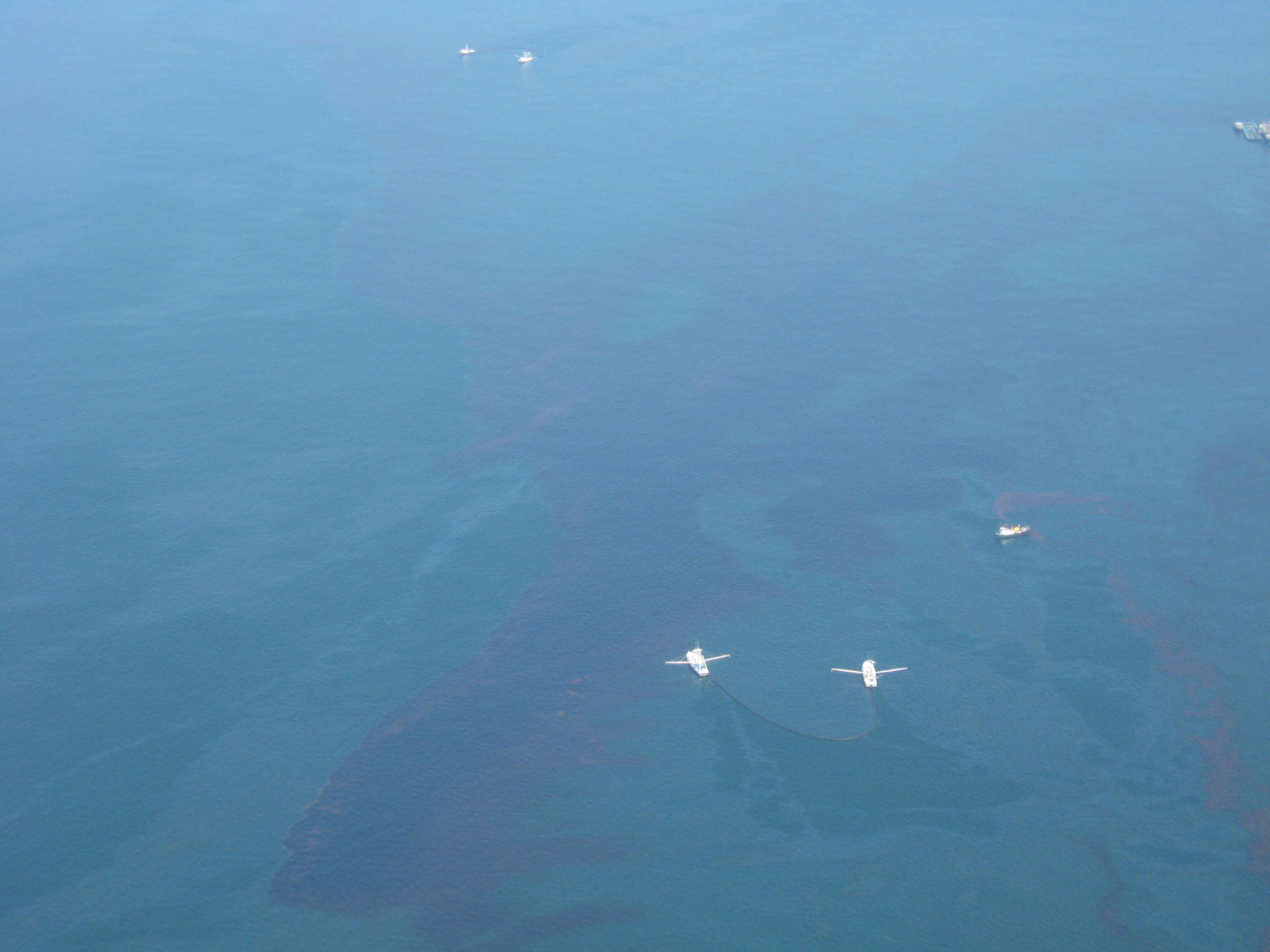 The source itself reminds me of the offshore oil terminals I’ve visited in Iraq guarded by U.S.  Navy ships and Coast Guard Cutters.  Only here in U.S. waters the flare offs and oil collector ship and work boats and petro haze (and odor) and torrents of water aimed at the columns of jetting flame is even more crazy-dramatic than that iron belt of warships we maintain around Iraq’s oil.  It makes it easy to understand why our leaders have chosen the wrong metaphor for their so far unsuccessful efforts to contain, never mind control, this disaster.

With his talk of a battle plan to fight the oil President Obama has begun to adopt the rhetoric of war.  But I’d choose a more appropriate metaphor.

From my own experiences I’ve learned that war gives one the illusion of having control over life and death.  Cancer strips that illusion away. 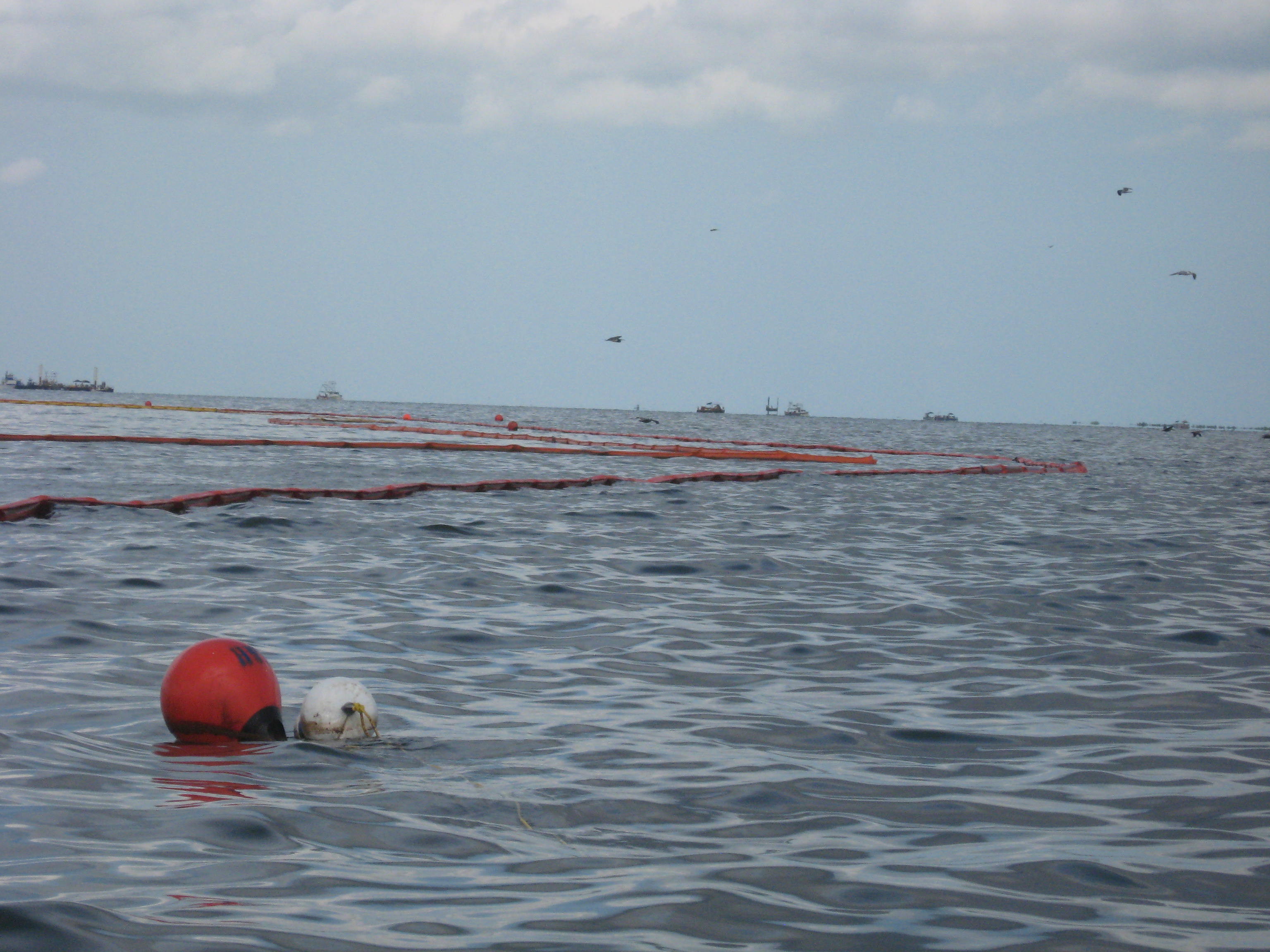 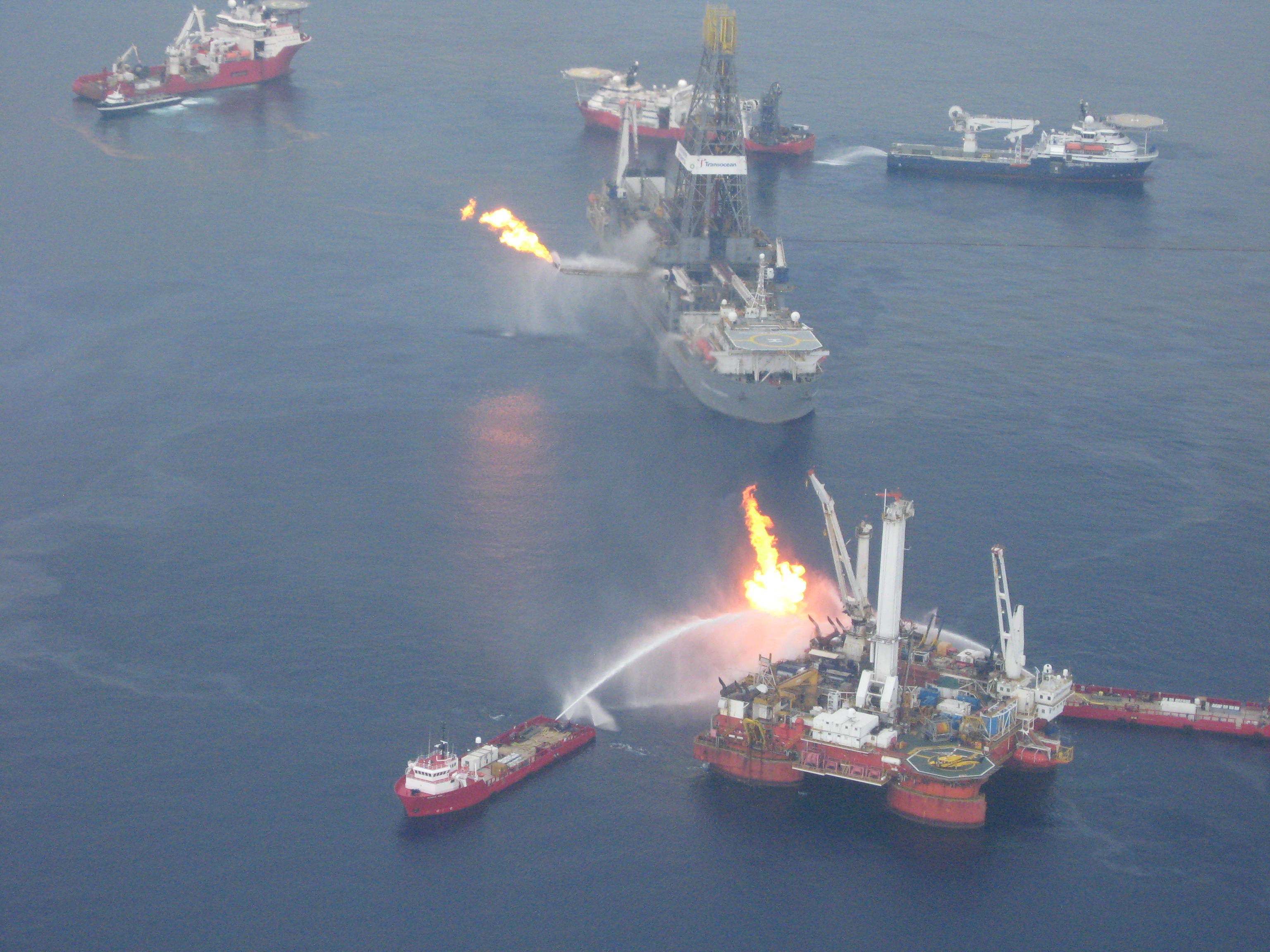 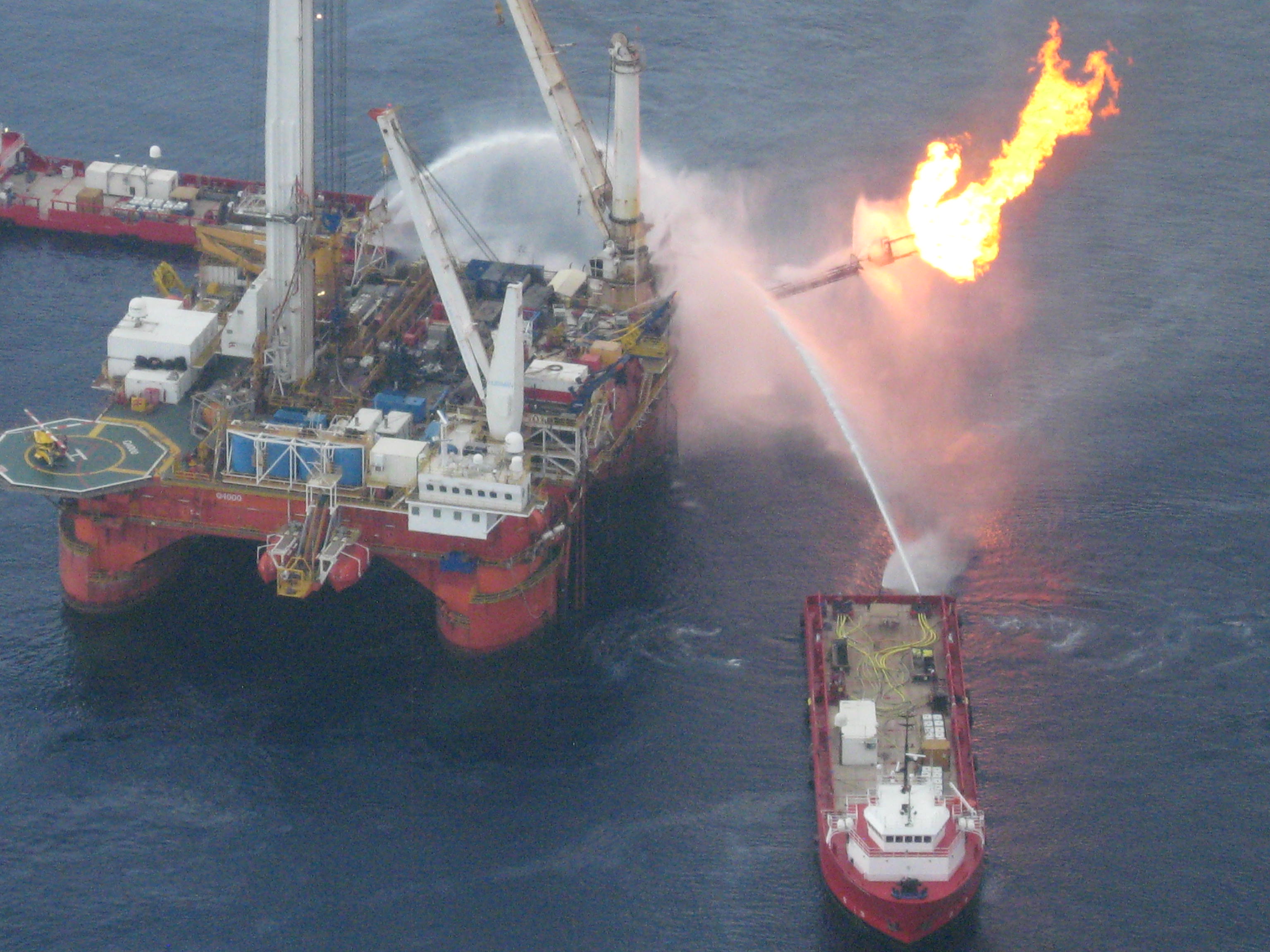 The metastasizing spill in the Gulf is like cancer and the activity 90 miles offshore at the source like a messy surgery.  The millions of gallons of toxic dispersants are like chemo, the burn offs, radiation.

No metaphor is perfect but when I hear Louisiana’s Treasurer repeat a common claim among the locals that they are in a two front war, against BP’s oil in the marshes and the president’s moratorium on new deepwater drilling (just overturned by a Louisiana Judge) I think about my mother when she discovered she had lung cancer.  First she went around the house tearing up her cigarette packs and cursing Chesterfields.  Later she shrugged, went to the store and bought a new pack. 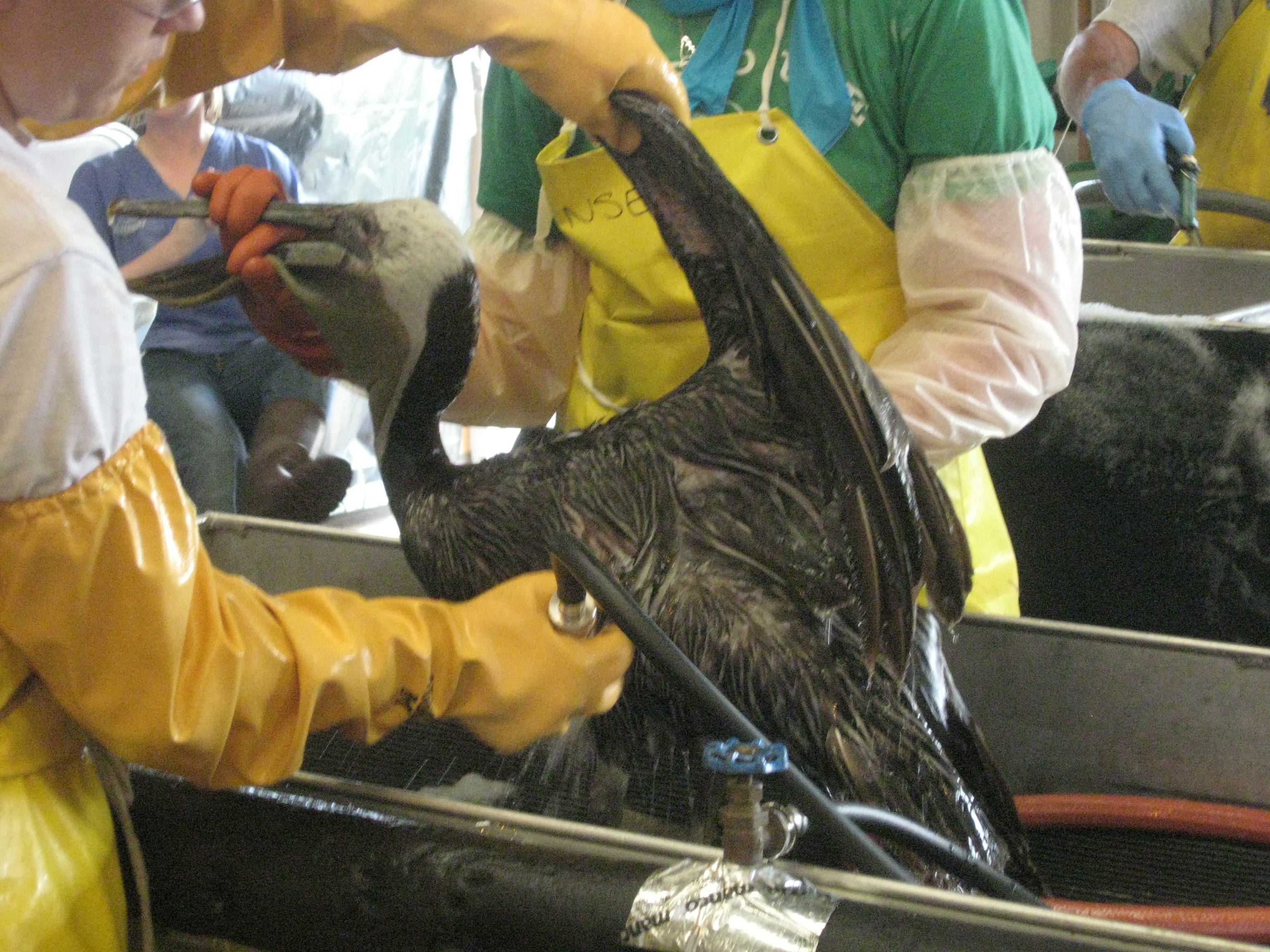 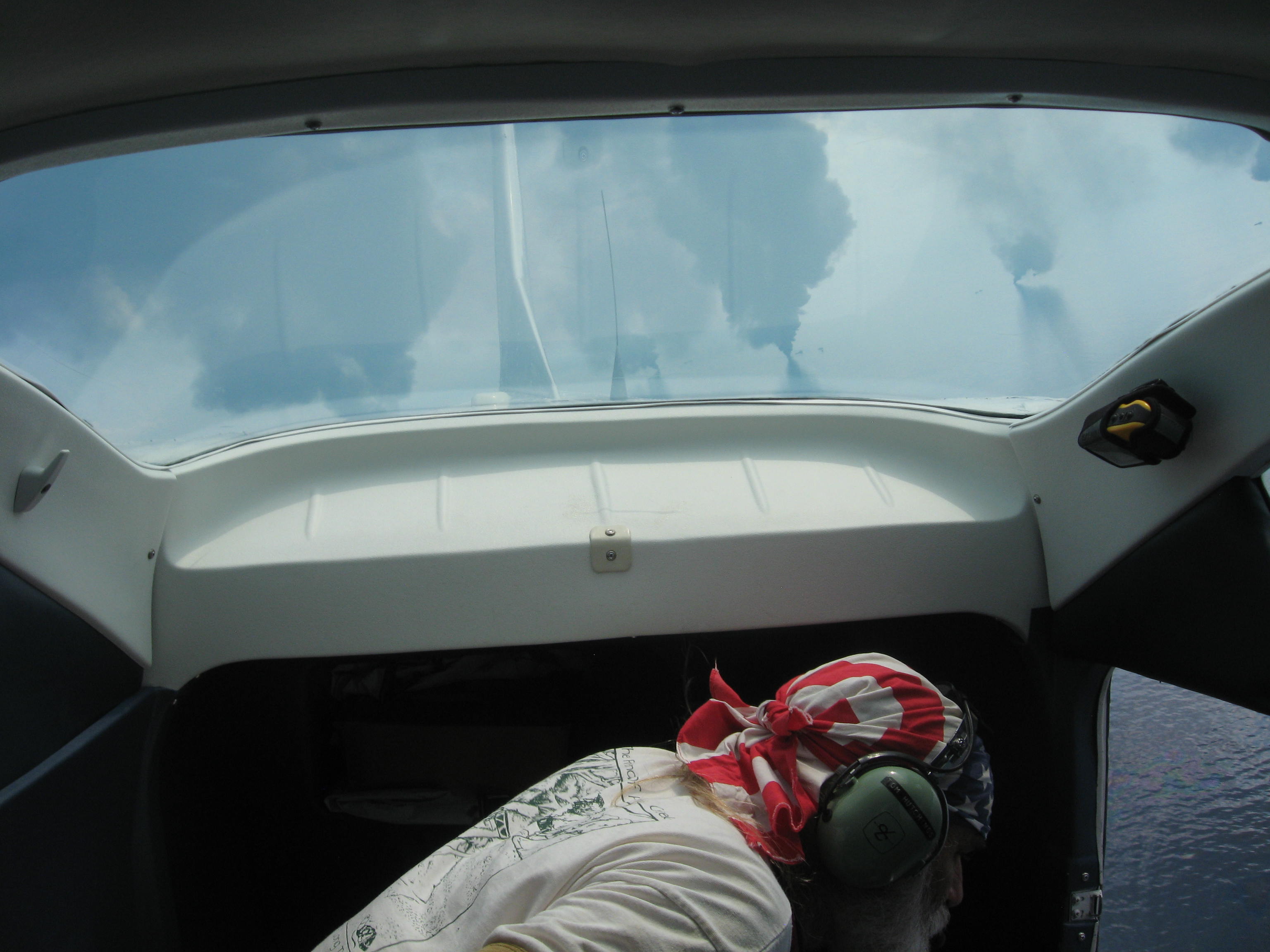 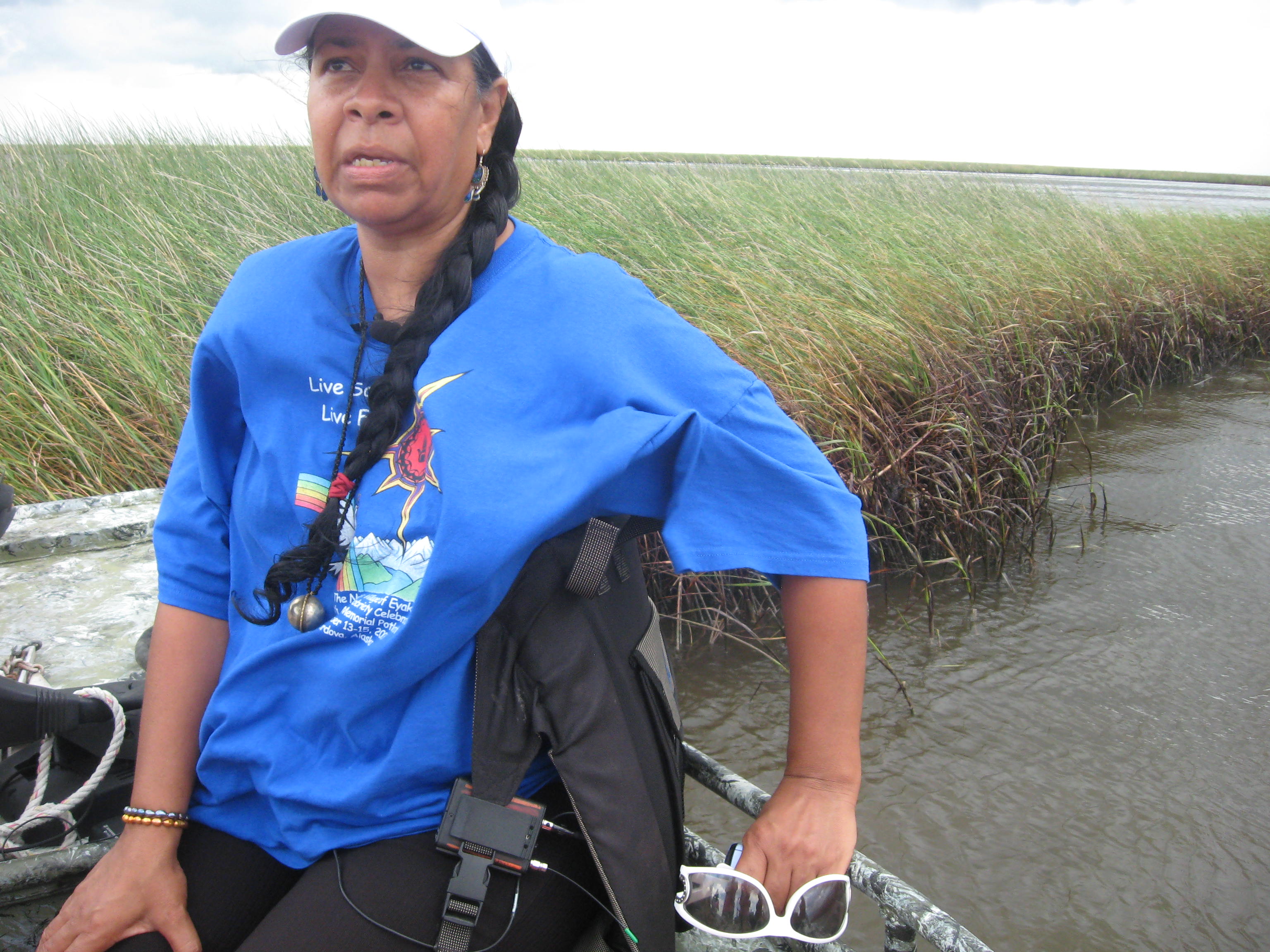 It’s unclear if America is really prepared to kick its addiction to the 16th and 19th century combustibles of coal and oil.  They’re clearly much more addictive than nicotine.

All I can say for certain is that those dolphins and that whale I saw Monday are probably dead by now and that’s no metaphor, that’s just what’s happening in this ongoing mess BP and the oil industry created that could prove terminal for up to a third of the Gulf of Mexico and its fringing shores.

40 years ago after the Santa Barbara oil spill the cry was, ‘Get Oil Out!’  Time to revive it.