Top
You are here: Home / articles / Creating an Oceans Policy in 2016 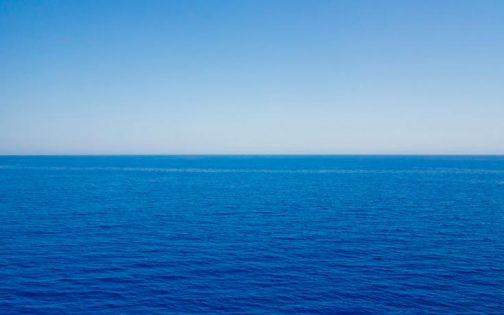 Thirty-three years ago, President Ronald Reagan established the U.S. Exclusive Economic Zone (EEZ), stretching 200 miles out from our shores. At 3.4 million square miles, it’s more extensive than our continental landmass. But unlike our lands, our public seas belong to all of us, and right now they are in trouble. The ocean is at risk from a cascading series of environmental disasters including industrial overfishing, pollution, loss of coastal and offshore habitats, and climate change. Faced with these threats, it’s hard to fathom why this crisis in our seas has received no attention in the 2016 presidential campaigns. Hillary Clinton has pledged not to drill for oil in the Arctic Ocean or off the Atlantic coast but has no position on the Gulf of Mexico, where 17 percent of domestic oil production takes place. By calling the science of climate change a hoax, Donald Trump has made it clear that he’d be unlikely to address climate-linked ocean threats such as sea level rise, ocean acidification, and harmful algae blooms intensified by warming ocean waters—such as we’re now seeing on the coasts of Florida.

Yet there are commonsense steps the next president could and should take to help restore the blue in our red, white, and blue.

The next president should expand on the modest National Ocean Policy initiated by President Barack Obama in the wake of the BP blowout disaster. Ideally the new policy would eliminate federal agency conflicts and redundancy in ocean management. It would combine the best available science with public input to identify how to better utilize limited ocean spaces. Some examples might include relocating shipping lanes to reduce ship strikes on migrating whales, choosing offshore wind farm and aquaculture sites so they don’t impact local fishing grounds, and protecting unique marine habitats and wildlife while also maintaining naval warfare training zones and fiber-optic cable laying. Former U.S. Coast Guard Commandant Admiral Thad Allen describes this as “putting urban planning in the water column.”

The next administration should also continue to promote best fisheries and aquaculture management practices to sustain living resources and the jobs that go with them. Since its conservation-oriented reforms in 2006, the Magnuson-Stevens Fishery Act has seen two-thirds of U.S. overfished stocks rebuilt or improved. As they recover, there is increased political and commercial pressure to go back to over-exploiting the resource. When the act comes up for reauthorization this year, it should be strengthened—not undermined—so that the United States can remain a leader in reducing global fishing pressure.

The United States also needs to continue to lead in the fight against illegal, unregulated, and unreported (IUU) pirate fishing, which accounts for up to a third of fish caught and also often involves the use of slave labor. Last year, the largest citizen lobby for ocean conservation in U.S. history successfully lobbied for passage of a bipartisan IUU Fishing Enforcement Act, which, among other things, will allow better remote tracking and seizure of pirate vessels when they pull into ports. A similar citizen lobby will take place this spring as part of a biennial Blue Vision Summit that the Sierra Club participates in.

America needs to create more fully protected marine reserves. This will build on the early work of Presidents Clinton and Bush, who protected the Papahānaumokuākea Marine National Monument off Hawaii (an area larger than all national parks combined), and Presidents Bush and Obama, who established and expanded the Pacific Remote Islands Marine National Monument. The next administration should also follow Secretary of State John Kerry’s lead in supporting the global effort now underway to create additional large-scale marine reserves, including on the high seas and in the polar seas. These types of marine-protected areas can act as global reserves of the biodiversity that provide us food, storm protection, recreation, and tourism.

We can begin to fight the threat of ocean acidification with better monitoring to identify and manage hot spots, by reducing land-based pollution that can exacerbate the problem, and by finding ways to enhance marine organisms’ abilities to adapt. But really the only significant solution is to commit to a rapid end to the emission of greenhouse gases. Ocean acidification is one of the greatest threats almost no one knows about. It’s the result of seawater absorbing surplus carbon dioxide, which is changing the Ph balance of the ocean and threatening every shell-forming creature—from certain planktons to coral polyps to crabs to oysters. It is already affecting commercial oyster farm operations and coral reefs. A warmer, more acidic ocean also holds less dissolved oxygen that threatens to expand over 500 dead zones around the world.

With an estimated six feet or more of sea level rise expected this century, we also need to protect at-risk coastal populations through better shoreline management. Instead of building next to the water, we need to make a major investment in the restoration of natural barriers such as salt marshes and beach dunes. And we need to encourage planned retreat by not using federal subsidies to rebuild in harm’s way on barrier beaches and in flood zones after major disasters.

Given all these impacts and more, the need for a rapid transition off fossil fuels is obvious. We should start by eliminating the dirtiest, most dangerous production systems. Along with stopping coal and tar sand mining, we should commit to ending all offshore oil drilling in the next eight years.

And of course there are other challenges. Where new technologies like deep-sea mining threaten to disrupt unique benthic ecosystems, we should adapt the precautionary principle and make policy based on doing the least harm, which may include refusing to license this technology.

Because plastic pollution of the ocean kills wildlife and concentrates toxins through the food web, the EPA needs to seriously consider identifying a range of plastics as toxic substances to be banned or tightly controlled so we can start to transition off of single-use plastic.

Noise pollution is another emerging issue. NOAA has just launched a plan to require noise reduction from shipping, the offshore oil industry, and other sources. We can learn a lot from the U.S. Navy’s submarine force, known as “the silent service,” when it comes to adopting noise control technology.

Ideally the United States ought to consider a unified Department of the Ocean similar to the Department of the Interior, which was created to manage our last great wilderness frontier. Right now ocean governance is spread across 22 federal agencies. The new Department of the Ocean could be made up of the National Oceanic and Atmospheric Administration for science and policy and the U.S. Coast Guard for operations and law enforcement.

Short of that, we need to provide these two frontline agencies with much more robust funding and legally mandated opportunities for the conservation, exploration, and protection of our ocean. When it comes to ocean challenges, we know what the solutions are. What we need is to mobilize the political will to enact them before it’s too late.