On October 15th, following Shell Oil’s withdrawal of its drilling plans in the Chukchi Sea – where it has invested $7 billion and come up with a dry hole – the 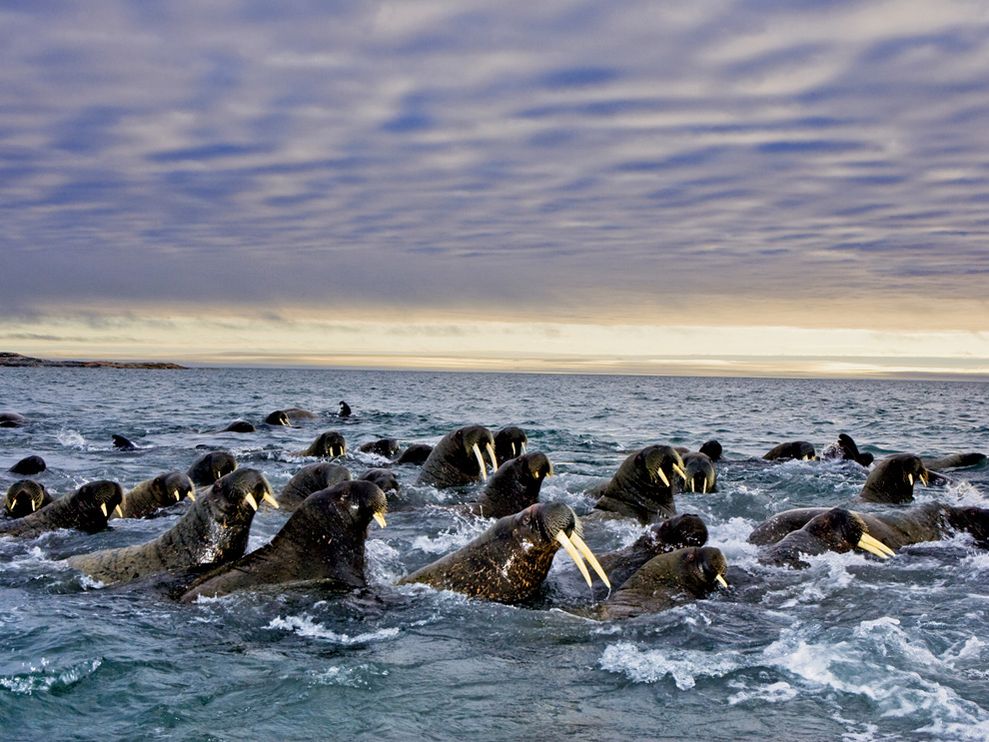 Department of Interior cancelled its other pending oil lease sales in the Arctic Ocean. That’s going to be a relief for first responders like the Coast Guard whose Commandant Admiral Paul Zukunft warned our Blue Vision Summit in May of the high risk of a ‘Black Swan’ (historically catastrophic) incident taking place as a result of drilling or shipping in the extreme conditions of the Arctic Ocean.   Relief is also coming to local Inuit communities dependent on marine wildlife for their sustenance. Many environmental and climate activists can also claim some of the credit for the leasing suspension.

While Shell’s failure to find oil plus several dangerous accidents, at least one of which was identified by investigators as the result of negligence, were precipitant factors in their calling it quits, the company also faced a serious brand crisis as a result of global protests.

Given the ongoing costs of operating in the high-risk frontier waters of the Arctic at a time of dropping oil prices and these growing protests, Royal Dutch Shell’s new CEO Ben van Beurden made it clear on his arrival last year that he was ready to shut down Arctic operations if this summer’s exploratory drilling didn’t produce results.   Even BP’s former CEO Lord John Browne had warned Shell that drilling in the Arctic could hurt its reputation, proving there’s no such thing as shame among the oil giants.

Of course oil industry interest in the Arctic Ocean only emerged after much of the Arctic’s sea ice melted away due to the burning of fossil fuels which science tells us must end by mid-century. Citing current market conditions and lack of industry interest, the government has only cancelling its 2016 and 2017 oil lease sales. It could reopen bidding as soon as 2020. That gives us five years to make sure the Arctic Ocean gets permanent protection from fossil fuel development. And of course we still need to make sure no new drilling takes place along our densely populated and vulnerable Atlantic shoreline (see Blue Notes #139, #138).

It’s great to celebrate our victories but we also can’t stop our organizing. 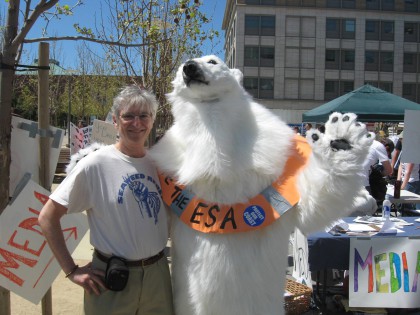 No democratic or environmental victory has ever proved permanent without the constant vigilance of patriotic citizens, hence the Sea Party. Check out our November 4 Sea Party Press Conference flyer and feel free distribute it. Our launch will take place outside the Capitol Building on Union Square starting at 10 AM. It should be easy to find – just look for the life size 90-foot inflatable whale, MZ. Blue, who will be there to represent the communities, both human and wild, that depend on a healthy ocean. Along with elected friends from the House and Senate we also want to have local fishermen, business people, coastal residents, city and town mayors and others speak about how drilling off their states could negatively impact their livelihoods, economies, communities and way of life. Please contact us if you have speakers you’d like to see as a part of this press conference.

OK, the world-wide-web is not the biological web of life but it can sure help get the word out of our blue planet at risk and what we can do about it. We’ve just launched our new website. Check it out! 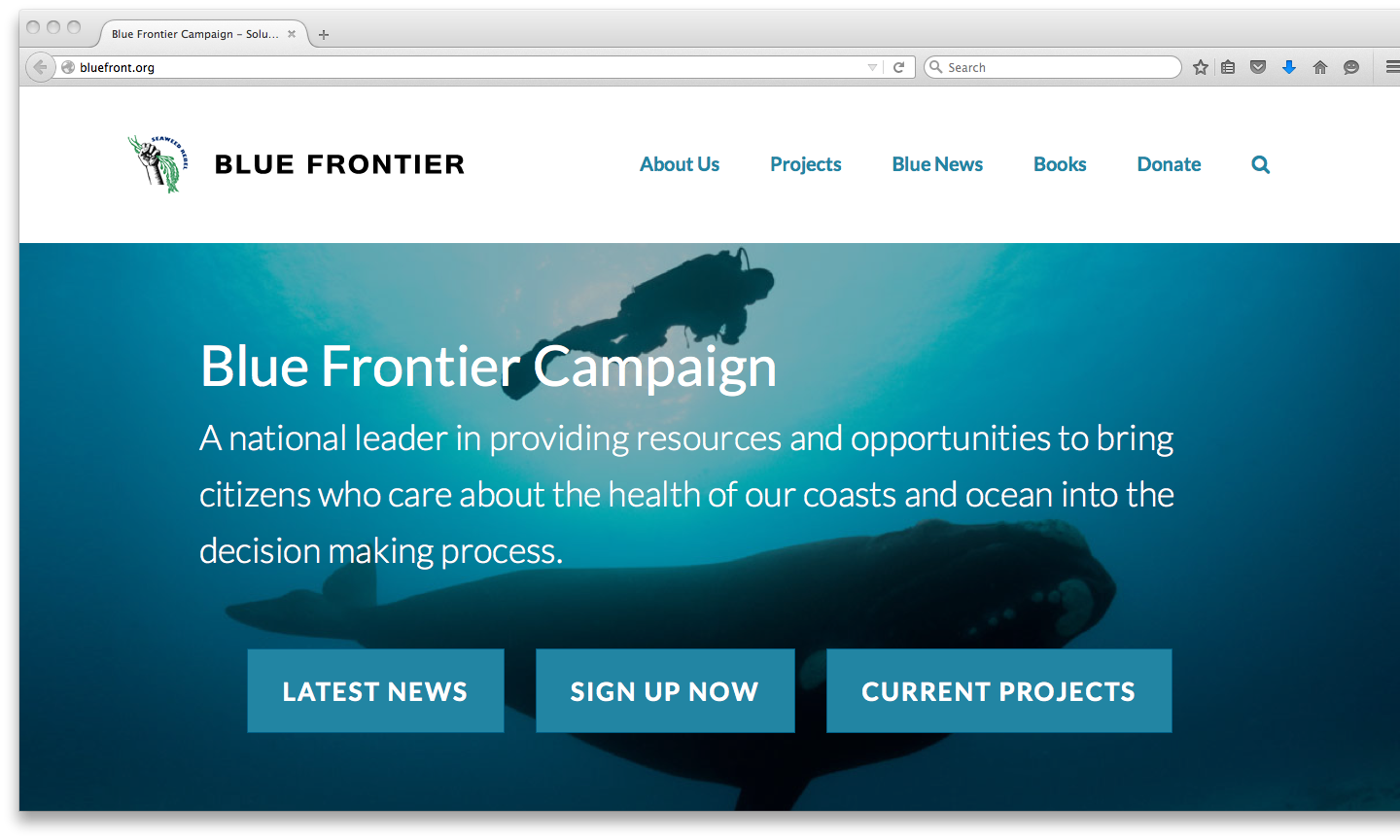 Among its many user-friendly improvements you’ll find the Blue Movement Directory of over 1,400 U.S. Ocean groups is fully updated as a resource for your organizing, research, schooling behavior, etc. If your organization is not listed in our state-by-state directory or under other category listings feel free to contact us. Plus check out our other projects, news, books and media. Thanks to photographer/website designer Jeffrey Dubinsky for his timely work and keen eye.

“Our Deadened, Carbon-Soaked Seas’ is the sobering title of an opinion piece in the Oct. 15 New York Times co-authored by chief scientist of NOAA Richard W. Spinrad and Ian Boyd, chief scientific advisor to the British government’s Department of Environment. They do a good job explaining the short term and long-term threats to the marine ecosystem, shellfish and fishing industries and human health posed 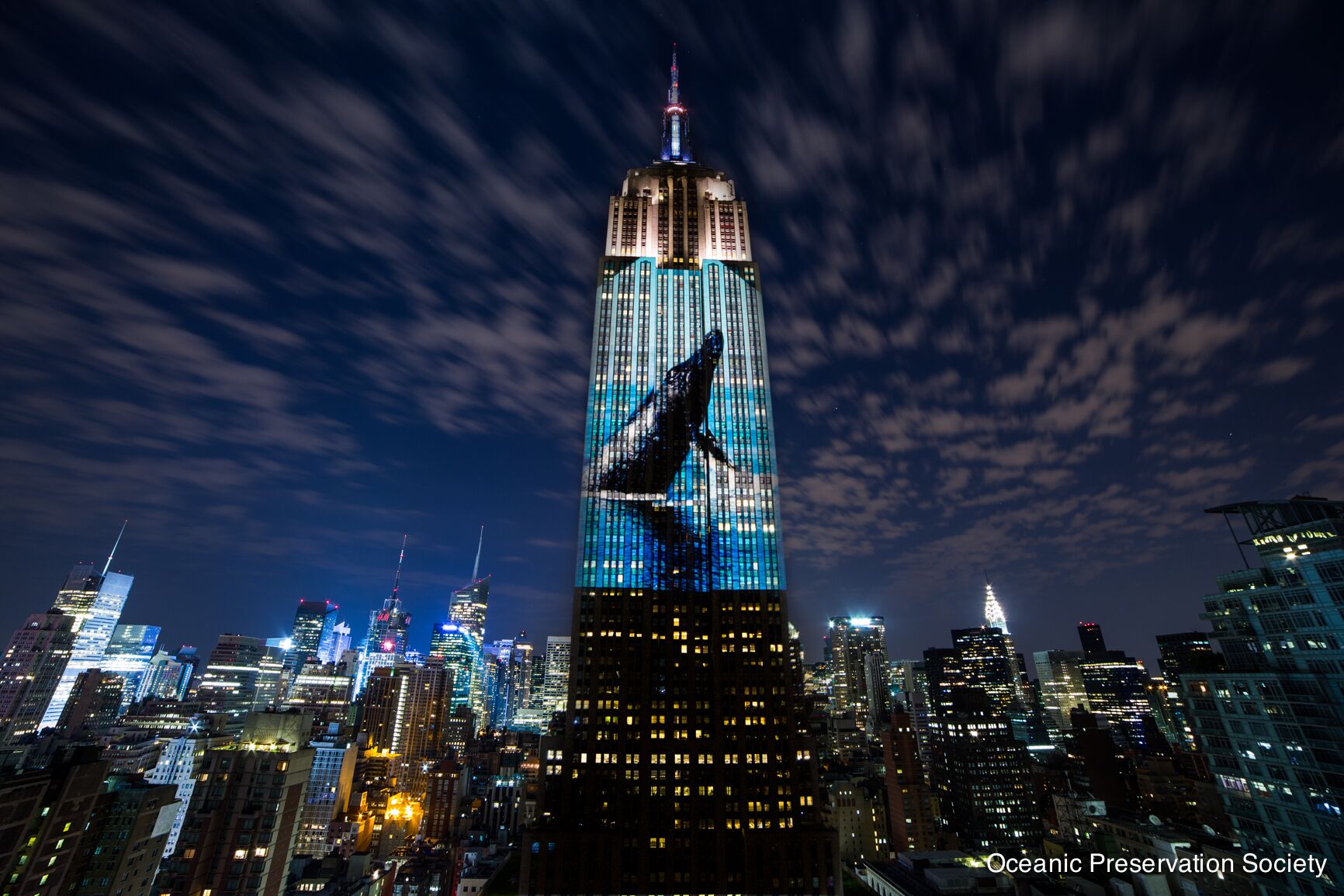 by ocean acidification from industrial carbon.   Unfortunately, being overly cautious government officials, they end the piece calling for more research instead of an end to all greenhouse gas emissions by 2050 which is what their science colleagues tells us is essential if we’re not to create feedback loops of off-gassing ocean and tundra methane and burning boreal and tropical forests that will make human actions irrelevant as the planet experiences a geological scale extinction pulse beyond what we’ve already created.

That’s what President Grover Cleveland called the 1893 American sugar and pineapple growers’ coup backed by U.S. Marines that overthrew the government of Hawaii. He tried but was unable to get Congress to restore the Hawaiian Queen to her thrown. Instead Hawaii was made a U.S. territory in 1900 and a state in 1959. Since then continuous island invasions, both cultural and biological, have taken place.

I recently returned to Hawai’i for the first time in six years, spending 10 days on the Big Island, Maui and Oahu accompanying a science journalist reporting on endangered and invasive species. The trip convinced me that while most 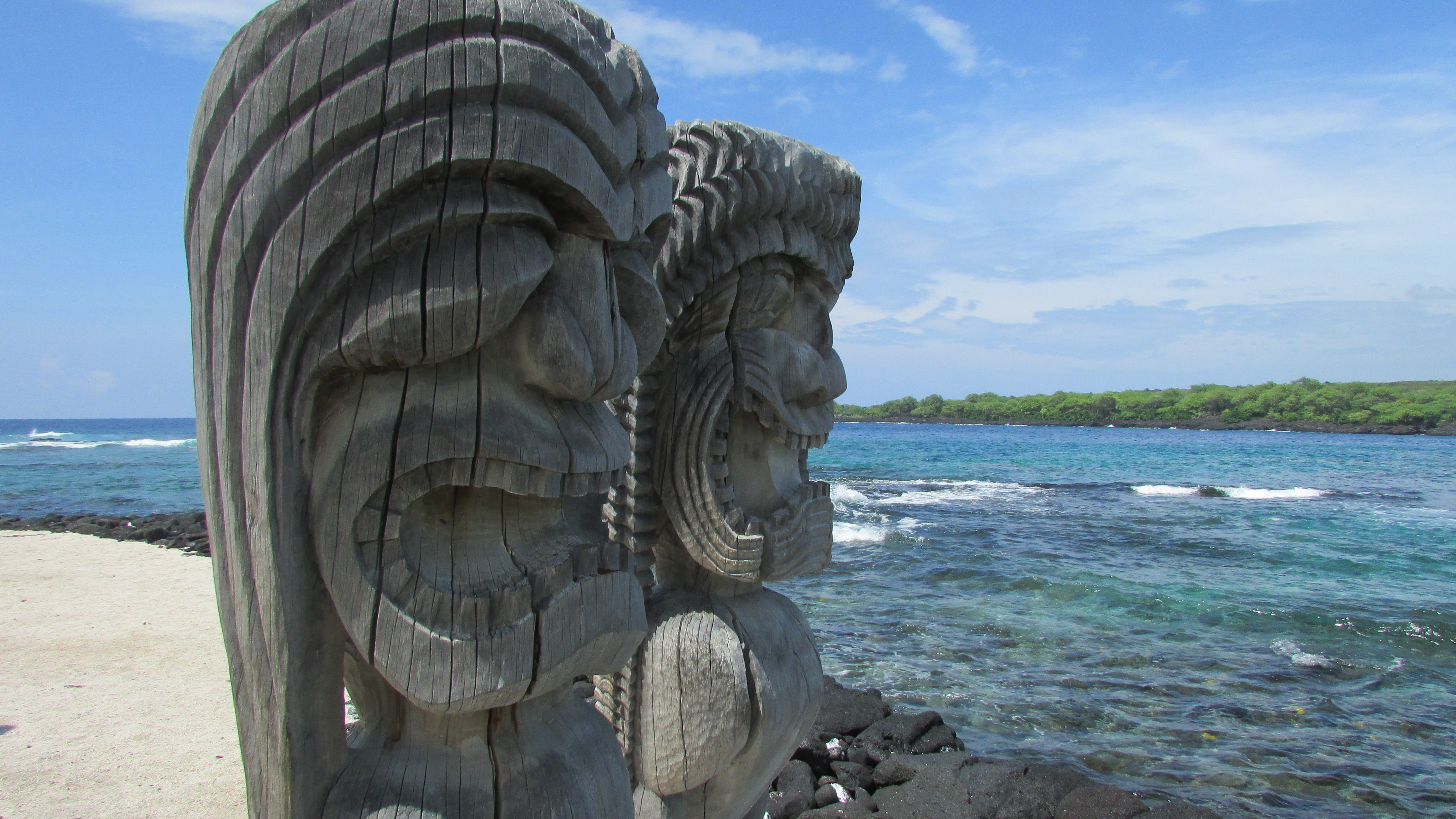 visitors might think they’ve arrived in a natural paradise, botanists and biologists see a native species holocaust.   With only two indigenous mammals, a seal and a bat, the challenge from human development and introduced species such as mongoose, feral cats, rats and fire ants has mainly impacted native birds, insects and plant life, much of which has either gone extinct or is gravely threatened.

Luckily, along with dozens of scientists and human volunteers we were able to meet some live monk seals, white terns, shearwaters, Nee Nee geese and on a first snorkel, a green sea turtle with a satellite tracker attached to its shell (is that you NOAA?) At the same time I saw bleached corals off Maui as climate change generated widespread bleaching this year and last throughout Hawaii’s coral reefs including in the Northwest islands.   While we were on the Big Island they held a ‘Bleachapalooza’ volunteer dive day to try and document the extent of local bleaching. But unlike Lolapalooza this was no music festival unless you’re thinking funeral dirge. “This is a really serious problem,” warns Sheila McKeanna, a marine ecologist with the Hawai’i Volcanoes National Park.

With the return of a strong El Nino exacerbated by warming of the world’s ocean NOAA has just declared that the third global bleaching event in history is underway- the last two having taken place in 1998 and 2010.   95 percent of U.S. corals are likely to be exposed to conditions that can cause bleaching this year. If bleaching goes on too long or is too extensive it can lead to death for the coral polyps that build reefs. Between the stresses of bleaching, ocean acidification and non-carbon related sources of pollution and overfishing most of the world’s tropical corals are not expected to survive this century. And that is a substantial wrong.

Some Hope from Chile

Of course reefs, kelp beds and other habitats prove most resistant to climate change when they are least impacted by other human activities.   That’s why establishing large no-take wilderness 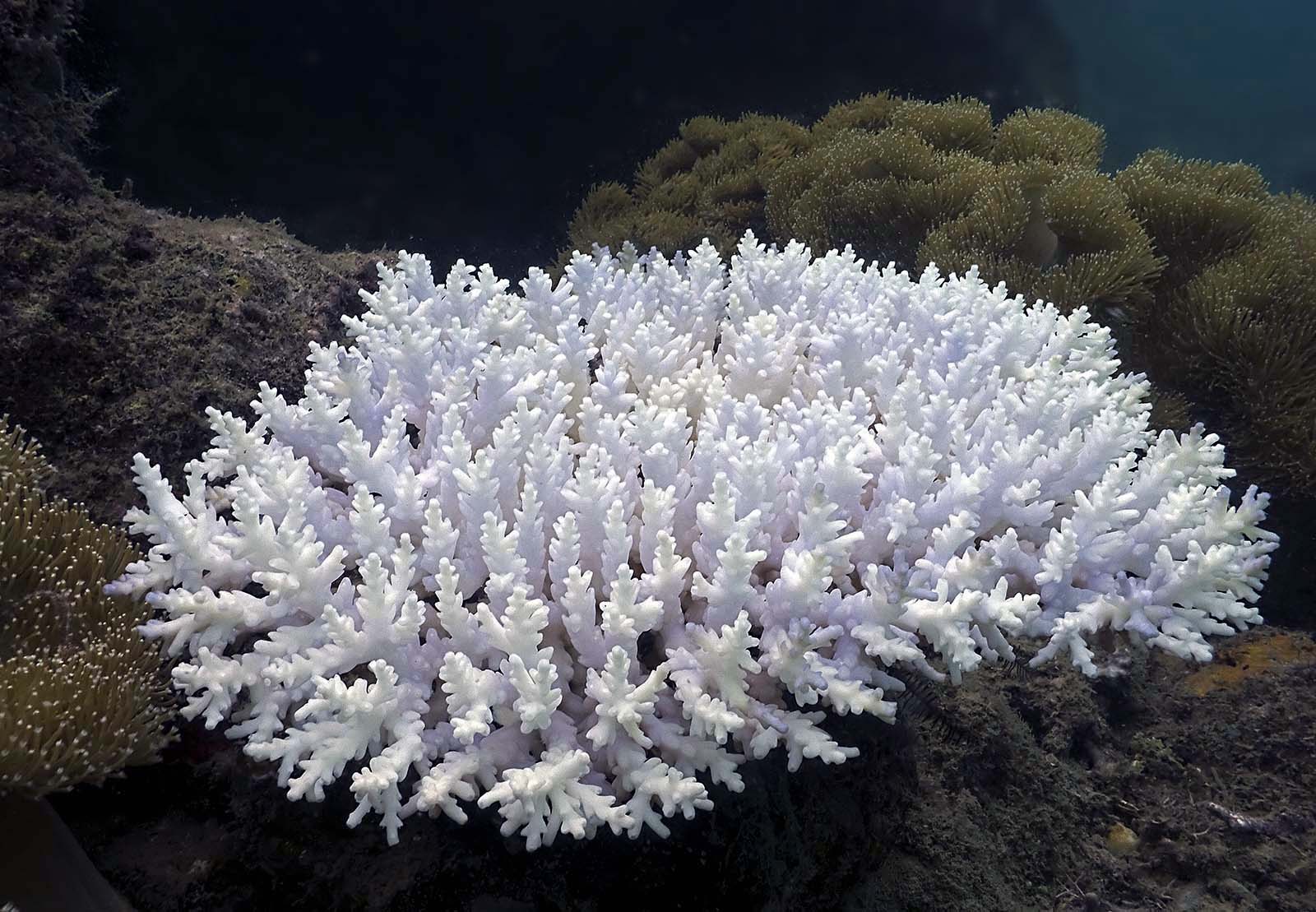 areas in the sea is essential to any hope of maintaining ocean health. Secretary of State John Kerry (winner of the 2015 Benchley Policy Award) and other world leaders convened the second ‘Our Ocean’ conference in Valparaiso Chile this month. Along with addressing the challenge of overfishing and enforcement the 56 countries represented also committed to the establishment of some 80 new marine reserves. Chile’s foreign minister announced plans for a locally supported protected area in the pristine seas around Rapa Nui (Easter Island) the size of Italy.

In a new report in the journal Science former NOAA administrator and Benchley winner Dr. Jane Lubchenco along with several of her colleagues argue that while ocean protection zones are gaining momentum they still lag too far behind land-based conservation. Even with a recent doubling of marine protected areas only about 3.5 percent of the ocean has any level of protection compared with over 15 percent of the land. Yet marine science suggests that to protect the biological diversity of the seas we should set aside 20-50 percent of the ocean. Much work is still to be done. 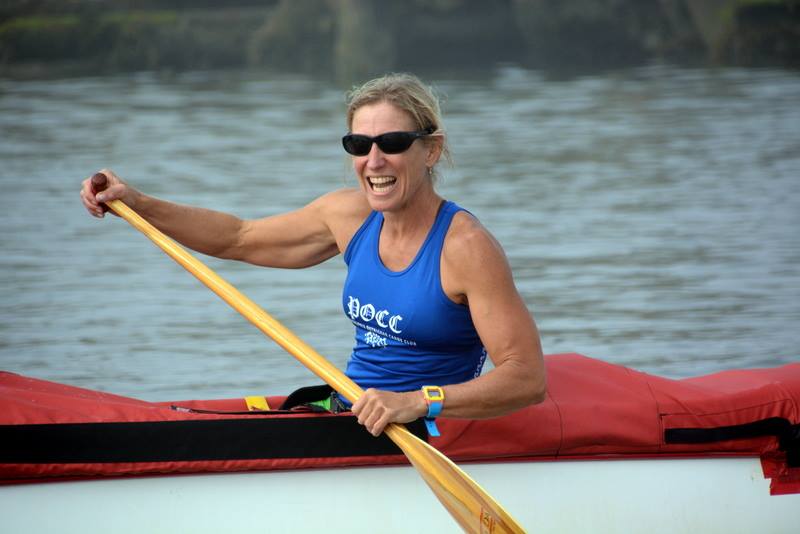 Blue Frontier’s Field Organizer/Explorer Margo Pellegrino who’s paddled her outrigger canoe the lengths of our coasts and is now half way through her New Jersey to New Orleans heartland paddle (to be completed next summer) is being honored for her work. On October 28 she’ll be receiving the Art Weimer Memorial Award for Achievement in Grassroots Environmentalism from the New York/New Jersey Baykeeper at a celebration in Keyport NJ. For more information on the celebration of Margo and other blue heroes visit the website.

On October 10, just in time for our annual Sharktoberfest, a white shark leaped out of the waters of San Francisco Bay and took a sea lion just off Alcatraz Island in front of dozens of tourists as recorded by a security camera aboard the popular Hornblower ferry to a 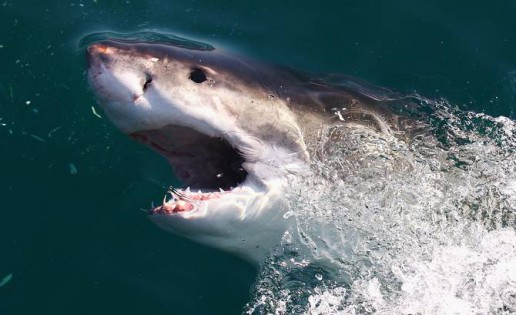 nd from the infamous old prison. Watch the video here.

Our friend David McGuire, Director of Shark Stewards the marine conservation group that organizes Sharktoberfest was impressed that the Bay is now healthy enough for White Sharks to reclaim it. As the white shark expert Dr. John McKosker once told me, the return of a healthy population of white sharks off California, “is a good sign for the ecosystem and problematic for recreational water users.” Despite this first-ever videotaped shark attack inside the bay McGuire and other Dolphin Club members went on to take a cold water swim from Alcatraz Island to the San Francisco waterfront on Saturday, October 17th as part of an annual triathlon. I’m betting this year’s swim times were better than average. Remember, you don’t have to swim faster than the shark, just faster than your competitor.

Two if by Sea

And don’t forget to honor the blue in our red, white and blue – Join the Sea Party and spread the word #seaparty2016.