Given the cascading ecological threats facing 71 percent of our blue planet here are ten stories from 2015, both good and bad, that impacted the ocean we all depend on. 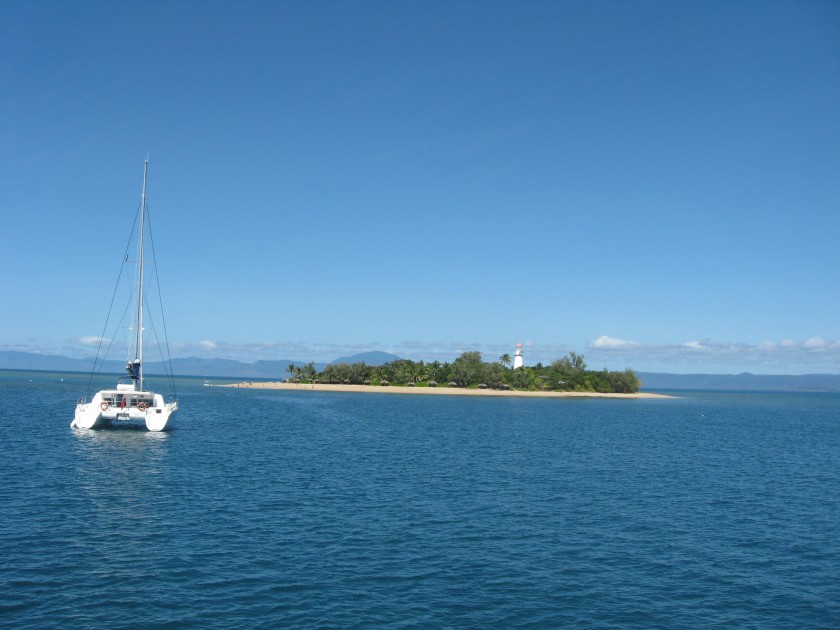 Chile, Palau, New Zealand and the United Kingdom are among the nations that expanded fully protected marine reserves in 2015. These are ocean wilderness zones – essentially national parks in the sea – that can help assure the survival and restoration of unique ocean habitats and biodiversity in a changing blue world. Chile has established the largest marine reserve in the Americas around its San Ambrosio and San Felix islands. At about 115,000 square miles it’s roughly the size of Italy. Palau, a Pacific divers paradise, has turned 80 percent of its waters, an area the size of California, into a marine reserve. In September New Zealand created the Kermadec Ocean Sanctuary around a series of volcanic islands and seamounts north of its mainland while Britain’s new Pitcairn Islands reserve in the South Pacific is the world’s largest contiguous underwater park, close to the size of Pakistan and another legacy of the Mutiny on the Bounty (whose escaping mutineers settled on Pitcairn).

Presently about 3 percent of the ocean is fully protected – up from 1 percent five years ago – with ocean experts like National Geographic Explorers in Residence Sylvia Earle and Enric Sala aiming to convince the world’s governments to accelerate that process to 20 percent by 2020.

On October 15th, following Shell Oil’s withdrawal of its drilling plans in the Chukchi Sea – where it had invested $7 billion and came up with a dry hole – the U.S. Department of Interior cancelled its other pending oil lease sales in the Arctic Ocean. While Shell’s failure to find oil plus several dangerous accidents, at least one of which was identified as the result of negligence, were primary factors in their calling it quits, the company also faced a serious brand crisis as a result of global protests.

Given the ongoing costs of operating in the high-risk frontier waters of the Arctic other oil companies and countries including Russia and Norway have cut back on their plans to drill in the Arctic Ocean, at least until world oil prices rebound. Russia for example had planned to drill 14 wells in 2017 but is now planning for 2.

Of course oil industry interest only emerged after much of the Arctic’s sea ice melted away due to the burning of oil and other fossil fuels. Ocean and Climate activists are now mobilizing to see if they can win permanent protection from drilling in the Arctic Ocean.

Crack Down on Pirate Fishing

2015 has seen concerted global efforts to target Illegal, Unreported and Unregulated (IUU) Fishing that accounts for some 20 percent of the global catch.   On November 5th President Obama signed the IUU Fishing Enforcement Act into law that will strengthen U.S. global cooperation and law enforcement efforts to end pirate fishing. At the same time the governments of Indonesia and Palau captured and

burned to their gunwales 44 pirate fishing vessels caught in their waters to show their seriousness and commitment to ending illegal fishing. The Associated Press and the New York Times also ran exposes on how many pirate fishing cartels are using Burmese and other slave laborers to crew their vessels. Also making rapid development in the past year have been new satellite tracking technologies involving governments from Great Britain to South Africa, law-enforcement agencies like Interpol and environmental groups such as SkyTruth, Pew Charitable Trusts and Oceana to remotely target illegal fishing activity. Earlier this year, in an interview for The Progressive magazine Dr. Daniel Pauly, the world’s leading authority on overfishing said he now believes, “illegal fishing can be licked.”

On May 13, as part of the biennial Blue Vision Summit in Washington D.C. a Healthy Ocean Hill Day became the largest citizen lobby for marine protection in U.S. history. Delegations from 24 states including inland states like Colorado met with 9 Senators, 25 House members and 120 of their staffers to support the bipartisan IUU fishing bill that later became law. The delegations also let their elected representatives know that they were strongly opposed to offshore drilling in the Arctic Ocean and off the U.S. Atlantic Coast. Previous Hill Day participants had lobbied for a National Ocean Policy, increased funding for NOAA and the Coast Guard and other key issues vital to ocean conservation. Similar citizen lobbying is needed across the world to advance a healthy ocean agenda.

Following up on its bipartisan IUU fishing bill, on December 7 the U.S. House of Representatives passed the Microbead-Free Waters Act. It would phase out the use of tiny plastic microbeads in soaps, facials scrubs, toothpaste and other products by 2018.   Too small to be filtered out by water treatment plants the beads flow down drains and end up in the Ocean and lakes where birds and fish mistake them for food. Unfortunately – like other plastic debris – they act as toxic sponges concentrating compounds such as PCBs up the food web threatening the health of both humans and wildlife. “Simply put, Microbeads are causing mega-problems,” says House Commerce Committee Chair Republican Fred Upton of Michigan. The micro-ball is now in the U.S. Senate’s court.   Also this year the United Nations Environment Program (UNEP) called for a global ban on microplastics.

The 2015-2016 El Niño weather pattern known for causing extreme droughts, storms and floods could become one of the strongest ever.

El Niño, the “little boy,” is driven by warm surface water in the eastern Pacific Ocean and its strength is measured by how much higher temperatures are than average for that region. In mid-November it was 5.4 degrees Fahrenheit above average. This puts this year’s El Niño on track to match the 1997-98 event, the most extreme on record.

El Niños can cause droughts, heat waves and fires in Southeast Asia and Australia, while on the eastern edge of the Pacific it can trigger warmer, wetter weather and flooding. The 1997-’98 El Niño led to thousands of deaths, crop loss and damage in Ecuador, Peru, Bolivia, Somalia, Kenya and California.

Because of ocean warming linked to climate change the frequency and force of this natural ocean cycle is projected to increase over time.

Scientists using data from multiple sources concluded that while we’ve not driven as many marine species to extinction as we have on land where we’ve had more time and access to kill them, the threat is “increasing in pace and impact…Despite our late start, humans have already powerfully changed virtually all major marine ecosystems.” Along with overfishing the study points to pollution and climate impacts such as warming and acidification as threats to the survival of marine wildlife. The six authors of the report nonetheless believe we can still prevent the worst from happening but have to act now. “We have a couple of decades more than we thought we had (before concluding their study) states one of the authors Dr. Steve Palumbi of Stanford. “So let’s please not waste it.”

In October the National Oceanic and Atmospheric Administration declared the third global coral bleaching event stretching from the Caribbean to the Pacific and beyond. It’s a sure sign that the ocean is heating up. Overly warm water causes living coral polyps to expel the photosynthetic algae called zooxanthellae that give them their varied colors and about 70 percent of their nutrients. If the bleaching lasts too long, the corals starve to death. With the return of a strong El Niño and the continued effects of global warming, this marks the third bleaching event in history (the first two took place in 1998 during an earlier El Niño and in 2010, the warmest year on record before that record was broken by 2014 and 2015).

Tropical coral reefs cover less than 1 percent of the ocean, but they are home and nursery to 25 percent of all marine species; billions of fish, mollusks and other creatures rely on reefs for their food and shelter. Their beauty generates tourism dollars, and they act as barriers providing storm protection for millions of coastal residents.

There is some hope. Emerging science suggests coral reefs that are fully protected from pollution and overfishing are more resilient to the impact of climate change and bleaching. At the same time, those who study coral are looking at triage — not every reef will survive.

In June Pope Francis issued a much publicized Encyclical Letter, “On Care For Our Common Home,” that addressed not only climate change but a range of environmental and equity challenges. In his 81-page letter he also spoke of the loss of coral reefs.

“In tropical and subtropical seas, we find coral reefs comparable to the great forests on dry land, for they shelter approximately a million species, including fish, crabs, mollusks, sponges and algae. Many of the world’s coral reefs are already barren or in a state of constant decline. “Who turned the wonder world of the seas into underwater cemeteries bereft of color and life?” This phenomenon is due largely to pollution which reaches the sea as the result of deforestation, agricultural monocultures, industrial waste and destructive fishing methods..,

Because all creatures are connected, each must be cherished with love and respect, for all of us as living creatures are dependent on one another.”

Fossil-fuel fired climate disruption is driving sea-level rise, coral bleaching, ocean acidification and a host of other threats to the health of the ocean and those who depend on it. That’s why the Paris Climate Agreement of December 12, 2015 is a great ocean success story for the end of the year.   The pledge by 195 nations of the earth (and sea) to reduce global warming to below 2 degrees Celsius, the threshold scientists say will lead to planetary disaster is a historic achievement even without any binding mechanisms yet in place. This is the first time the world has made a unified commitment to the transition from fossil fuels and other greenhouse emitters to clean, renewable energies and societies. It’s a huge sign our species has begun to correct course and accept that most basic of survival axioms, “If you find yourself in a hole, stop digging.”

Help Us Make Better Stories in 2016

San Francisco DJ Scoop Nisker used to say, ‘If you don’t like the News go out and make some of your own!” Thank you for helping Blue Frontier make some great news in 2015 including the largest citizen lobby for the ocean in history, the launch of the nonpartisan Sea Party coalition and Writers For the Sea, Margo Pellegrino’s New York to New Orleans paddle, dozens of media stories on our public seas, public speeches and high school trips and panels and hopefully much more to come in the New Year. But we can only continue our work with your financial support.

Thanks and have a great holiday Sea/Sun

From all of us at Bluefront.org