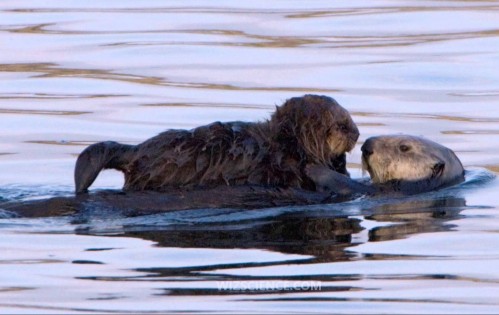 On Friday May 20th we will honor the latest 8 ocean leaders at Peter Benchley Ocean Awards; sometimes called the “Academy Awards of the Seas.” For the first time the awards dinner and ceremony will take place at the world-famous Monterey Bay Aquarium. The next day we will host a public forum on ‘California and the Future of the Pacific’ along with a series of seminars and a mini film festival. For more details or to participate in this event, visit our website.

…and an Ocean of Challenges

In the midst of a U.S. presidential election that ranges from inspirational to scary, we still have not heard much about the blue in our red, white and blue. Nor has the threatened health of our living seas yet become a global cause, even in the midst of the third and worst global coral bleaching event in human history.   Aside from bleaching, sea level rise is a huge issue. The best available science has long projected sea level rise of 1-3 feet by the end of this century. That has now been revised upward to a possible 6 feet that will have devastating impacts on our coastlines. 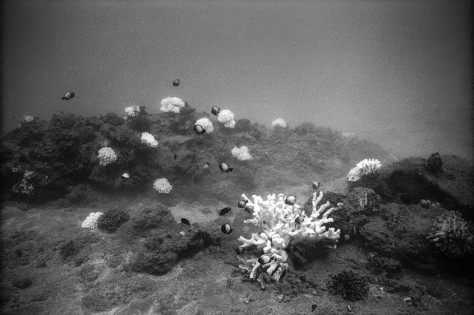 Nonetheless, there are some hopeful indications that the tides are beginning to turn. The United Nations, for the first time is including ocean restoration among its sustainable development goals and recently held talks on protection of the high seas. The Obama Administration has reversed course on plans to open the Atlantic coast to new offshore oil drilling in response to massive citizen protests.   Now people in and around the Gulf of Mexico region are beginning to step up their opposition to being the ‘National Sacrifice Zone’ for fossil fuels. Here’s a link to the story on this I did for The Nation.

This year’s Benchley winners have been in the forefront of tidal change now underway. Our National Stewardship winner, President Tommy Remengesau Jr. of the Republic of Palau, has set a global standard for one of the most practical solutions; the creation of national park like marine protected areas (MPAs) in the sea. Palau has set aside 80 percent of its waters as a biological reserve for the future of our ocean. Our Solutions winner, Dr. Chris Costello, is leading efforts to align sustainable fishing with protected reserves, like these to assure lasting solutions based on the triple bottom line of the environment, economy and equity. But global protections will also require a global commitment to law enforcement. What our Media winner, NY Times reporter Ian Urbina, has documented, is that pirate fishing and shipping, labor abuse, use of slave crews and outright murder at sea are still all too common on our last great commons.
Effective solutions will require both cutting edge marine science and the political will to make use of the science. Our Exploration and Science winners, Tara Expeditions and Dr. Barbara Block, have provided amazing findings with powerful implications ranging from the global plankton that make up the base of our planetary food web to the tuna, billfish, sharks and other migratory predators that roam the “Blue Serengeti.” Identifying, supporting and getting the politicians elected who understand and are willing to act on these findings along with passing needed legislation is the work of our Policy winner David Wilmot and his group Ocean Champions. A perfect example of the kind of ocean champion they are supporting is our ‘Hero of the Seas’ Mayor Serge Dedina of Imperial Beach California, who was raised surfing this U.S. border community. He has long led a powerful bi-national activist group to protect the coasts and waters both of California, Mexico and Latin America.   Understanding how the ocean transcends physical and generational borders is also something our Christopher Benchley Youth winner gets.   At 21 Daniela Fernandez has already founded Georgetown University’s ‘Sustainable Oceans Alliance’ and has addressed the U.N.’s Sustainable Development meeting on behalf of the millennials. This suggests that youth are not just the leaders of the future but helping make waves today.

For more on the 2016 Benchley Awards and how you can be a part of them go to: www.peterbenchleyoceanawards.org 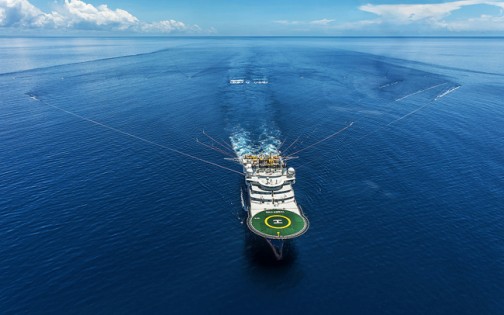 In the aftermath of President Obama’s decision to cancel proposed oil and gas drilling in the Atlantic, coastal communities are still grappling with the looming threat of underwater geological and geophysical activities by the energy industry as a means of continuing to prospect for oil and gas.

The Federal Bureau of Ocean Energy Management (BOEM) is currently reviewing applications from at least eight different companies to perform seismic airgun testing along the Atlantic coast between Delaware and Florida. The surveys, conducted through an array of airguns trawled behind a ship, repeatedly blast bursts of acute noise composed of compressed air every 10-15 seconds. These bursts move through the water column and up to 40km below the seabed, before the signal is reflected back, helping to determine if deposits of oil and gas exist under the sea floor. 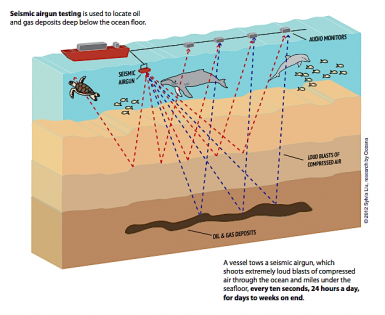 Seismic surveys are deeply concerning because of the considerable noise generated by their activities and the impacts it will have on the Atlantic’s marine life if approved. When emitted in water, sound is amplified and sustained impacting animals over significant ranges. Most companies with applications submitted have stated they will incorporate a “soft-start” or “ramping up” approach, where the noise is increased gradually over a period of 20-30 minutes while Marine Mammal Observers (MMOs) look for signs of mammals breaching in proximity to the testing area.

I spoke with marine acoustician Michael Stocker, Executive Director of Ocean Conservation Research, who stated that the idea behind this approach is that marine mammals will leave the area upon hearing the noise. However, he calls it a “token gesture”. Marine mammals have exhibited adverse behavior 150-200 km away from these surveys and Stocker notes that that MMOs will not be able to see animals surfacing at this distance since whales and cetaceans often surface for only a few seconds before diving again, also that the noise increases their stress levels. “When animals are in an area, they’re not just taking a stroll, they have a reason to be there. So even if they were to leave the area at the start of ramp-up activities, they are being diverted from their intended migratory path”.

Recently, North Atlantic right whale critical habitat was expanded to cover its northeast feeding areas in the Gulf of Maine/Georges Bank region and southeast calving grounds between North Carolina and Florida, parts of their migratory patterns.

Offshore oil expert Richard Charter of The Ocean Foundation told me a story about seismic testing companies using dynamite in Alaska in the 1970’s. The sound impulses resulted in “fish just floating to the surface”[dead]. However, while dynamite is no longer used, Charter warns that there is an alarming similarity between present-day airgun testing levels and those produced by dynamite. He explained how data collected from transducers, recording reflected sound during seismic activities, are plotted onto the graph of an oscilloscope. The spikes along the y-axis reflecting the recorded electrical signal are eerily similar to those plotted in the seventies when using dynamite.

Noise produced from these activities have been shown to disrupt an animal’s ability to communicate with others, navigate, and perform biologically necessary actions such as finding prey, finding mates and avoiding predators; leading to what Charter refers to as an inevitable “dead animal.” He points out that superimposing a map of the proposed seismic testing areas over the designated critical habitat areas of the North Atlantic right whale, results in the two matching up almost perfectly.

The proposed seismic arrays off North Carolina, Michael Stocker informed me, would have a force level of 247 decibels (dB). This is loud enough to be heard 1,500 km away. One complication with obtaining solid information on noise threshold levels and getting everyone to agree on a number, Charter explained, is that different animals have different levels of sensitivity to noise frequency and different frequencies can also damage different organs. Since the largest biological effects are caused by noise occurring in the same range that a particular animal uses, it is important to consider the wide spectrum of frequencies utilized by different species. Rockfish, for example, have shown great sensitivity to seismic testing at various levels. At the same time, many larger species of whales use lower-frequencies to communicate while cetaceans, such as dolphins, use higher frequencies.

Overall, the biological effects of seismic testing on marine animals have not been studied extensively and there is even less research on the effects on species lower in the food chain such as plankton and more sedentary bottom-dwellers. “The bottom line”, Charter says, “is that we don’t know exactly how far the noise can be heard or how far-reaching its effects are. The conservation community would be wise to utilize every legal power available to them to fight this thing.” 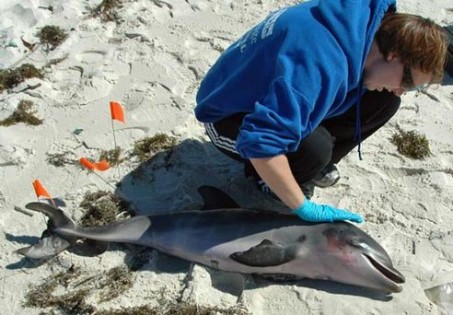 Six years ago, while flying 70 miles off the coast of Alabama, I saw close to 100 dolphins and a humpback whale trapped and dying in BP’s spilled oil. A newly released NOAA report confirms earlier studies linking ongoing dolphin and whale deaths including stillbirths to BP’s oily and ongoing legacy of pollution. And yet BP, aside from getting a tax write off for ¾ of the $20 billion it has to pay under a criminal settlement (while no executives go to jail), is also getting to bid for new drilling sites in the Gulf. Check out this article in U.S. News and World Report if you feel the need to renew your sense of outrage in order to take action.

Ocean Letter to the Candidates

We are now circulating a letter that will be sent to the final two presidential candidates this summer. We hope to get their responses on four broad areas of ocean action early enough to educate voters on where they stand before the 2016 election. We are looking for executive directors of conservation, labor and social justice groups, marine labs, aquariums, businesses and other ocean leaders to sign on. If you think you or your organization would like to be on this letter and join groups such as The Ocean Foundation, Blue Mind Fund, Colorado Ocean Coalition, and many others, please contact me at helvarg@bluefront.org so I can forward you the full letter and signatories to date for your review. 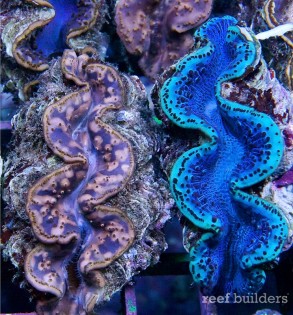 Blue Frontier is proud of its history of activism and splashing above its wave level. We’ve just received a generous $20,000 matching grant that means any contribution you make between now and the 4th of July will be doubled so that we can continue our efforts to grow solutions faster than the problems facing our ocean planet. That’s the patriotic thing to do. Thanks for your support.