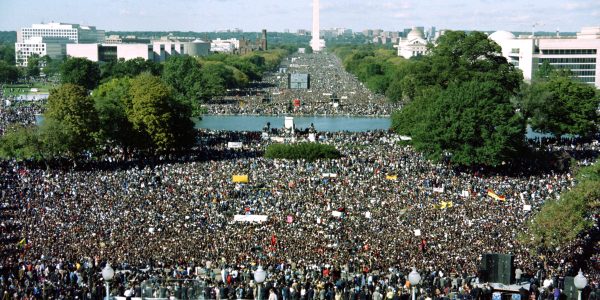 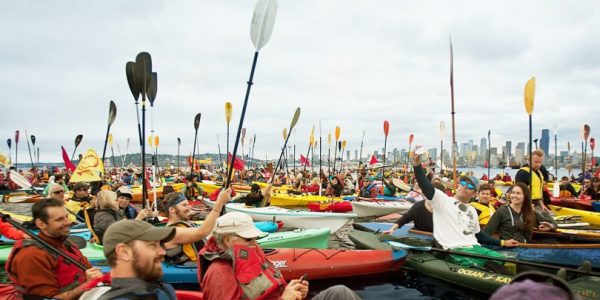 How We Defend the Ocean Now!

Like a rogue wave the Election Day victory of Donald Trump for President has left about half the nation stunned and the other half giddy.  Among those most worried – environmentalists who are girding for a long series of battles around climate and expecting attacks on keystone agencies, executive orders and legislation including pollution emission standards, the Clean Water Act and the EPA. An article I wrote for The Nation on Climate Denier and Trump EPA transition chief Myron Ebell, is indicative of the likely outcomes for the ocean and the environment given the current political climate.

As Ocean conservationists we face huge challenges including the prospect of the National Ocean Policy being deep sixed. President Obama launched this in 2010 with the intent to encourage closer collaboration between federal agencies and to coordinate ocean uses at the regional level. What former Coast Guard Commandant Thad Allen called, “putting urban planning into the water column.”   Still, some Republicans consider it the Obamacare of the Ocean so there’s a strong likelihood it will be scuttled.

We can also expect continued Senate inaction on ratifying the Law of the Seas Convention, the UN treaty by which most of the world’s nations agree on issues relating to navigation, scientific exploration and territorial claims on and below the ocean.  Hillary Clinton had pledged to see it passed if she became President but some Senate Republicans see it as a UN power grab. Because of this, we expect the U.S. to remain a non-signatory power.

How We Stop the Drill!

President-Elect Trump has dismissed the scientific consensus on climate change as a “hoax” promoted by China and as “bullshit” and pledged to encourage expanded oil, coal and gas production “by opening onshore and offshore leasing on federal lands and waters.”  Rising, warming seas, ocean acidification and other impacts from the burning of fossil fuels – plus the threat of more BP type oil pollution disasters means – we’ll again have to mobilize a strong resistance from coastal communities and businesses to stop any new offshore exploration or drilling as we successfully did this past year.  President Obama reversed plans to open up the Arctic and the Atlantic Ocean to new drilling under popular pressure and has now excluded the Arctic from new leasing over the next 5 years. We need to make the case for moving from offshore oil to clean renewable job-generating energy. The good news: this is one of those issues the public gets in some very basic ways. The ocean is in trouble, check. Oil spills are bad, check. Plastic is a problem, check. Beach closures and pollution are also bad, check, check.

We have to be clear with the public and our elected officials when we mobilize to #DefendtheOcean and #ProtectOurCoasts this May 9-11 during our movement’s 6th Blue Vision Summit. We will fight any new offshore drilling and demand all offshore oil production end by 2030 at the latest. The science is clear. We need to leave 70 percent of known reserves of coal and oil in the ground and under the seabed if we’re to avoid the catastrophic future that a more than 2 degree Celsius rise in global temperature will create. We’re already carrying out this fight in the hottest year on record that breaks last year’s record which breaks all previous records.

This is why we are moving forward with our Blue Vision Summit and Healthy Ocean Capitol Hill Day though perhaps now more to defend our agenda than advance it. To do this we need to bring delegations from at least half the states of the nation to meet with the new Trump administration and Congress and let them know that denying climate reality and opening up our public seas to more drilling and spilling is not acceptable and that there will be political consequences. At the same time we want to work on issues like plastic and other forms of pollution and the fight against pirate fishing that have a history of bipartisan action and that we hopefully can still move forward on (see below).

With the support of our sponsors to date (Blue Frontier, NRDC, Greenpeace, Oceana, and Chris Palmer) and the many more we expect (Sponsor the Blue Vision Summit!) we’re looking to encourage unprecedented participation by vast schools of Seaweed Rebels from across the nation. We’ve always kept the registration fee well below cost at $150 for three days of information, inspiration and activism. If you register and pay by the end of this year however, we will knock off another $50. It is the best $100 you’ll ever spend to #DefendtheOcean and #ProtectOurCoasts. Register for the 6th Blue Visoin Summit Here!

We Can Advance our Agenda!

Despite what could be an incredibly divisive and fossil-fuel friendly administration, there are still several action areas that have a bipartisan history of support, and that could offer us a chance to make progress even with a new Administration and Republican Congress traditionally hostile to environmental issues. 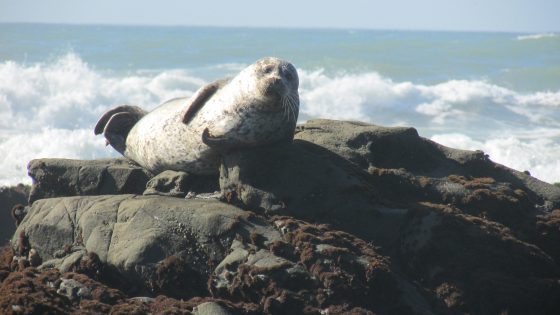 A good example of bipartisan action is the continued pursuit of IUU – Illegal, Unreported and Unregulated – pirate fishing including the use of slave crews trapped on the high seas.  This fight was greatly strengthened by a bipartisan fishing enforcement act passed by Congress and signed into law in 2015 after our last Blue Vision Healthy Ocean Hill Day where we educated our representatives and Senators on the bill that also had the support of U.S. commercial fishermen.  As a bottom line, we know Republicans and Democrats can work together to oppose pirates.

Another indicator that collaboration might still be feasible:  In 2015 Congress acted quickly to pass the “Microbeads-Free Water Act”, a ban on tiny plastic beads that are used as an abrasive in health and beauty products but then slip through waste-water treatment plants to become concentrators of harmful chemicals in the food web of the Ocean and the Great Lakes.  We need to pursue and expand the non-partisan battle against plastic and other forms of pollution in our seas.

Concern over our vulnerable coastlines has also been gaining political traction whether its linked to restoring Louisiana’s receding coastal bayous or addressing harmful algal blooms (aka “green sludge”) that’s been impacting the economy and environment of Florida’s coasts for over 9 months.

With President-elect Trump pledging to invest heavily in jobs-generating infrastructure repair there is a strong case to be made for the restoration of ‘living shorelines’ including not just standard Army Corps of Engineers beach replenishment (sand dredging) that has a high price tag and questionable effect, but landscape scale planting and rebuilding of sand dunes, sea grass meadows, oyster reefs, mangrove forests, salt marshes and other natural storm barriers and beach builders that have additional benefits for water quality, carbon sequestration, wildlife and tourism. Some studies suggest this can be done at one-third to one-half the cost of building seawalls and other hardened coastal defense structures.

Along with stopping offshore oil drilling and developing strategies to end plastic and other forms of marine pollution (oil, chemical, nutrient and noise) a key focus of Blue Vision Summit 6 will be to make healthy living shorelines a part of infrastructure revitalization for coastal America that will also help restore the blue in our red, white and blue.

As President Obama has said, “We cannot truly protect our planet without protecting the Ocean.”   What President-Elect Trump, who owns many ocean front properties might say, is, like the man himself, highly unpredictable.

All we know for sure is if we don’t mobilize to #DefendtheOcean and #ProtectOurCoasts, we could lose at a scale that could see the natural resiliency of the ocean stretched like a slinky in the hands of a petulant child so that it can no longer bounce back but instead slides into a long twilight of extinctions.

That’s why we need our marine grassroots, our Seaweed Rebels, now more than ever! Commit to local and regional actions today and tomorrow and to attending the Blue Vision Summit May 9-11 2017 in Washington D.C. where we will strategize and mobilize to let our elected representatives and the nation know that our Ocean matters to millions of people from sea to shining sea.

The Academy Awards of the Ocean

Blue Vision Summit will be followed on May 11 by a celebration of our heroes and leaders who still give us hope at the 10th annual Peter Benchley Ocean Awards that will be held at the Sant Ocean Hall in the Smithsonian Museum of Natural History. For more on sponsoring and attending the Benchleys go to: Peterbenchleyoceanawards.org

Can You Give on Tuesday?

The first Tuesday after Thanksgiving has been designated as #GivingTuesday, an online altruistic alternative to Black Friday’s consumer culture hysteria. For many of us activism is also about putting our money where our beliefs are.

Like the Coast Guard that I profiled in my book ‘Rescue Warriors’, the Blue Frontier does more with less. We have many programs and activities in addition to Blue Vision Summits (see Projects at bluefront.org) but with a small staff, some consultants, a dedicated board and lots of volunteers we’re still largely dependent on donors and friends to keep us afloat in a sea of troubles. The good news is this year we have a generous matching grant of $20,000. Anything you can donate to us online on Giving Tuesday next week (Nov. 29) or sooner will double the worth of what you give. So let’s hope those clams add up and we can get through this year and next with hope and determination to move beyond the hate and hypocrisy that defined much of this past election year. Thank you for donating to the blue cause Tuesday or any day – Donate Here.