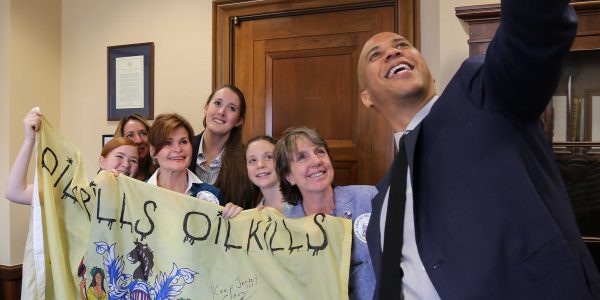 This election is an opportunity to turn the tide in a new direction while promoting a healthy ocean, a healthy economy and communities both human and wild. People are beginning to understand what science has long confirmed, that intensified storms and other climate impacts are as real as the red tides and other harmful algal blooms impacting parts of Florida not already devastated by Hurricane Michael (or last year’s Hurricane Irma).

Of course it’s not just Florida. There are at least a dozen congressional districts in Virginia, North and South Carolina, Georgia and California where people are considering offshore oil drilling, nutrient and plastic pollution and the need for climate action in deciding how they’ll vote. 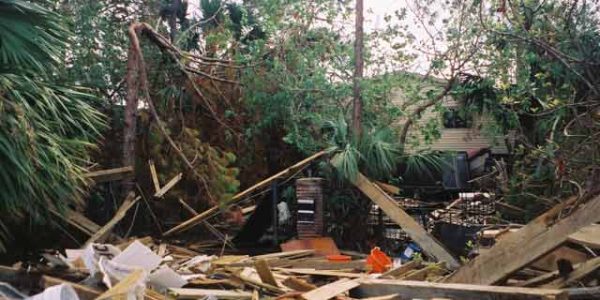 In North Carolina, where opposition to oil drilling is widespread along the coast, the Seventh Congressional District battle between Democrat Kyle Horton, a drilling opponent and Republican Representative David Rouzer who says he supports drilling 30 miles offshore, was put on hiatus as the district’s major town, Wilmington, went underwater during Hurricane Florence last month.

The Sea Party! with its logo “Don’t Spill On Me” was launched in 2016 at a U.S. Capitol press conference beneath a ninety-foot inflatable whale. Speakers included now retired Representative Sam Farr, a liberal Democrat from California and U.S. Representative Mark Sanford, a conservative Republican from South Carolina. Shortly thereafter The Post and Courier, the largest newspaper in South Carolina, ran an article headlined, “Mark Sanford, from Tea Party to Sea Party.” 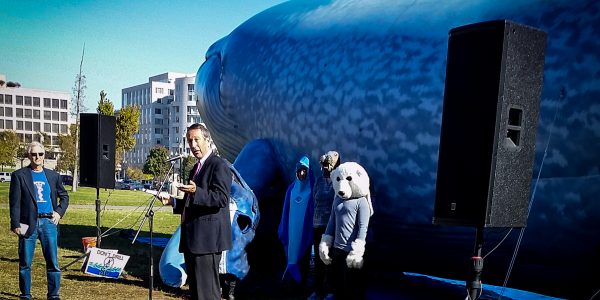 This June, Sanford lost his primary race to Katie Arrington, who claimed he was not sufficiently pro-Trump. Since then, she’s confirmed her support for offshore drilling — just not off South Carolina. That has not convinced at least five of the district’s Republican mayors who’ve gone on to endorse Democratic candidate Joe Cunningham.  So far Sanford has failed to endorse either candidate admitting he’s been encouraged to endorse the democrat based on the drilling issue.

As Sea Party supporter Ralph Nader points out “the people who use the beaches and the ocean don’t have labels, they’re not ideological. If you see the opposition to offshore drilling in South Carolina and elsewhere you can see the emergence of a new political force, a left-right alliance that is unstoppable when it focuses on congress.” 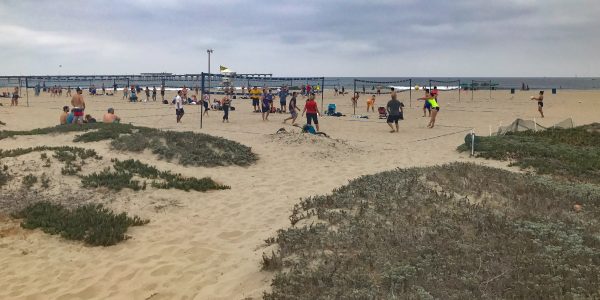 Florida’s Twenty-Sixth District includes the Everglades and Florida Keys, where both candidates oppose drilling and say they want to address sea level rise. Republican candidate Carlos Curbelo is another outlier in his party on these issues but supportive of Trump on others like Judge Cavanaugh. Given the exposure Keys residents face from warming ocean water supercharging hurricanes such as Irma, which devastated the central Keys last year, voters might decide on the basis of which party is more likely to protect them from the rising waters around their porous limestone islands. 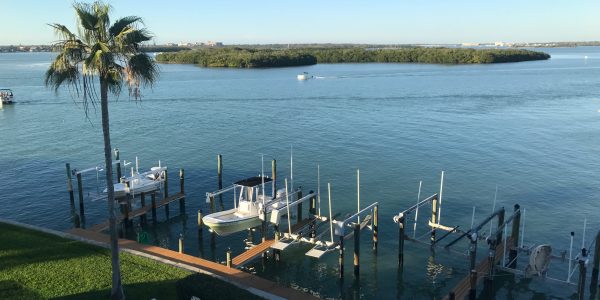 Meanwhile, Florida’s Thirteenth District on the Gulf Coast is experiencing ongoing and devastating red tides that threaten marine wildlife, human health and tourism. The Senate race between incumbent Democrat Bill Nelson and Republican Governor Rick Scott might even turn on the issue of harmful algal blooms.   Scott, who declared a state of emergency in response to the red tide, is a longtime ally of the sugar industry whose nitrogen and phosphate runoff feeds the blooms. He also cut $700 million from the state’s water management districts earning him the moniker of ‘Red Tide Rick’ from angry citizens on the gulf.

The Sea Party idea will likely grow beyond the November 6th election simply because the cost of not addressing our marine environment at risk will continue to be felt by people both on the shore and inland. Plus, for those who care, it’s not that hard to vote for the blue in our red, white and blue.

The Climate Report and the Blue Beat

If the world doesn’t drastically cut fossil fuel consumption by 2030 (12 years from now) we’re fried. The climate disasters we’re experiencing today will become catastrophic and irreversible by 2040 according to a new report put out by the U.N.’s Intergovernmental Panel on Climate Change. 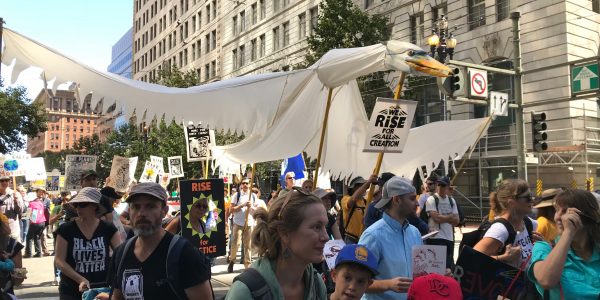 Along with intensified hurricanes and sea-level rise, expect more heat waves, rain bombs, flooding, wildfires, glacial loss, drought, ocean acidification, a spike in the global extinction rate and more. The report states that the Paris Climate Accord’s plan to limit warming to 2 degrees Celsius but ideally 1.5 degrees is not being realized. In fact we’re likely to burn through our global carbon budget for a 1.5 degree warming in the next 3-10 years.

What’s required is a World War II level of mobilization to re-tool our energy and agricultural and urban systems to rapidly decarbonize the planet. The choices are stark. Even at 1.5 degrees warming we could see 80 percent of the world’s coral reefs die off by 2100. At 2 degrees they virtually all die. Here’s the report.

And where was the media reporting on this scientific bombshell?

The October 8th coverage of the IPCC report got a combined total of 3 minutes on NBC, ABC and CBS network news shows. More than half of the top 50 U.S. newspapers failed to report it on their web pages. And almost none of the reporting on Hurricane Michael connected this worst storm ever to hit the Florida Panhandle with climate change. Leave it to comedian Bill Maher to state it clearly, “Every time there’s a hurricane the news turns into a wet Tee Shirt contest. I don’t know if I’m watching CNN or an ad for Gorton’s Fish Sticks. What pisses me off is what’s souping up the hurricanes gets less coverage. Hey media, link those two!” 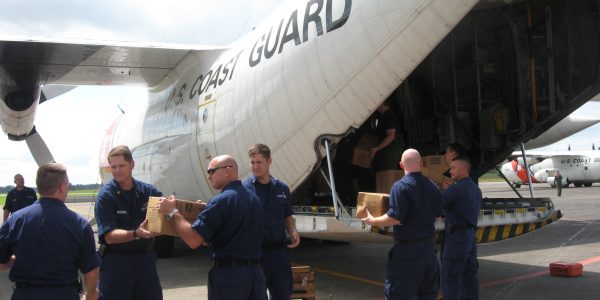 For years Blue Frontier Campaign has been promoting what we call the “Blue Beat”- journalism and media that recognize the only resource not fully exploited in the ocean is good stories. We are now planning to expand the Blue Beat, becoming an effective communications conduit and resource for stories focused on marine conservation solutions including ocean climate action. 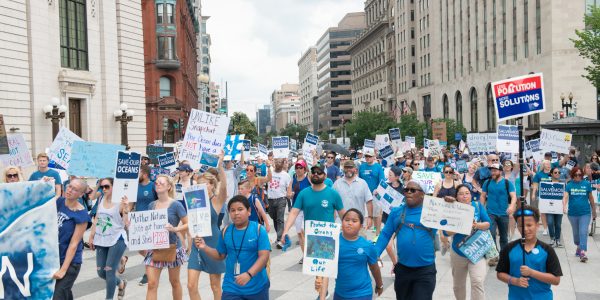 Our aim is to grow the voice of the ocean community through a range of media training workshops, tools, services and organizations like Writers for the Sea. Feel free to contact us for more information or if you feel you could use help in organizing the blue movement. We all have to do what we can. That includes promoting solutions, not just reporting on risk. In fact we’re still producing some surprising victories even in these dangerous times, including two recent ones. 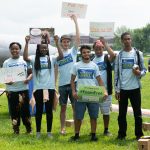 Save Our Seas Act signed into Law

After unanimous consent by the Senate President Trump signed the Save Our Seas Act into law. It was sponsored by Democratic Senator (and Benchley Award Winner) Sheldon Whitehouse of Rhode Island, and Republican Senator Dan Sullivan of Alaska, among others.

The bill has two primary components: 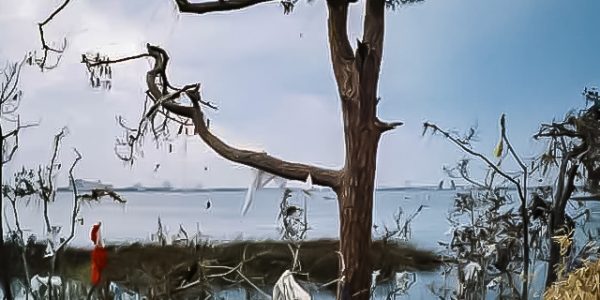 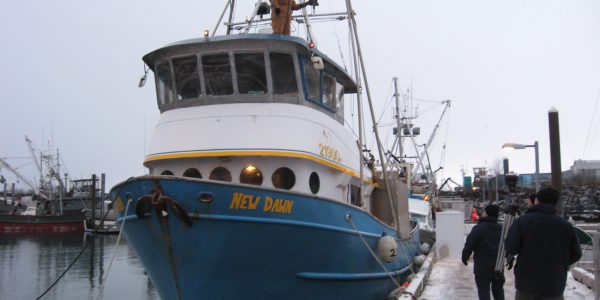 Nine countries including Arctic Council countries —the U.S., Canada, Russia, Norway, Denmark (and its Greenland colony), China, Japan, Iceland, South Korea, and the European Union (which is actually 28 countries) also signed a treaty to prevent commercial fishing on the high seas of the Arctic Ocean  – an area larger than the Mediterranean Sea – for at least 16 years while scientists study the potential impacts of climate change on marine wildlife in the far north. It’s called the precautionary principle in Science and what’s amazing is you almost never see it implemented in politics and global policy, but this time it has been.

The local is also global – On the one side, a broad and growing community coalition focused on protecting an undeveloped headlands and potential regional park and recreational destination in a way that will benefit the environment, economy and equity in a low-income city of color. On the other side a couple of developers including the Mayor and a failed Casino developer using a legal dispute to push a billion dollar housing development for the rich by privatizing and gentrifying that same public green space. And that’s how it is here in the city or Richmond California where I live and where Blue Frontier Campaign and its ‘Citizens for a Sustainable Point Molate’ project are helping lead the Point Molate Alliance that I reported on in the last Blue Notes #168. 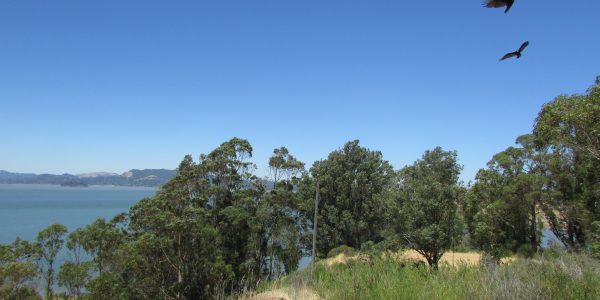 Here’s a recent update that ran in the Richmond Confidential, a local online journal produced by Journalism grad students at UC Berkeley.

More March for the Ocean Videos

Let’s March again, like we did last summer! This year’s World Ocean Day falls on a Saturday and so we expect to see expanded mobilizations like the first global March for the Ocean (M4O) that took place on June 9 in over 100 locations across the U.S. and the world. We keep getting new pictures and videos in to share with you even months after. So here are the latest two vids for your edification and enjoyment from organizers in Rio de Janeiro, Brazil and Hollywood Florida. 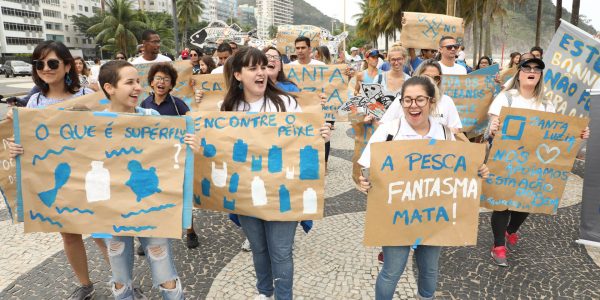 Sad news from the Conservation Council for Hawaii about yet another champion of our blue planet – including turtles, corals and monk seals – who has crossed over the bar. “We are beyond sorrowful to have to share the news with you that our beloved and intrepid Executive Director, Marjorie Ziegler, passed away unexpectedly at her family’s home on October 10th. 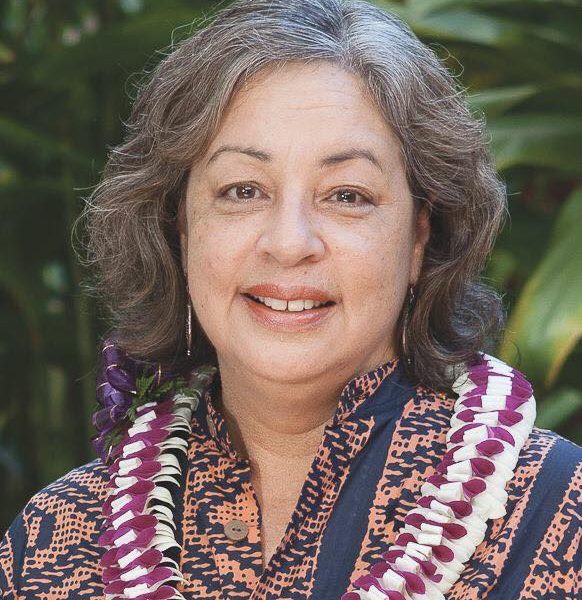 Marj’s impact on Hawai’i’s conservation landscape has been unparalleled, with a career defending Hawai’i’s unique species, ecosystems, and public lands stretching back for more than 30 years. When she joined the Conservation Council for Hawai’i as its first full-time staff person in 2003, she brought an energy and stubborn dedication that moved CCH to the forefront of Hawai’i’s conservation movement, advocating for our native plants, animals, and ecosystems that do not have voices of their own. Marjorie’s influence cannot be understated, and there will be much more to say, and many ways to remember her, but for now, we wanted to share this sad news with the CCH family that was so important to her.” We will never forget you. Presente!

Along with Marjorie Ziegler, we remember the many other dedicated souls we’ve been privileged to work with over the years including Peter Benchley, Peter Douglas, Dana Wolfe, Dery Bennett, Ran Meyers and Zeke Grader whose legacy is a growing movement for a healthy ocean and a more equitable world.

Your contribution can make a significant difference.

The ocean is rising and so are we!