The Climate Crisis and the Ocean

Between the devastation of Mexico Beach, Florida and Paradise California plus the 4th National Climate Assessment Report, the year 2018 may become known as the point of no denial, an acknowledgement of what Governor Jerry Brown calls, “the new abnormal.” At this point climate deniers are being recognized as little more than the willing tools of the fossil fuel industry such as the coal lobbyist now running the EPA. 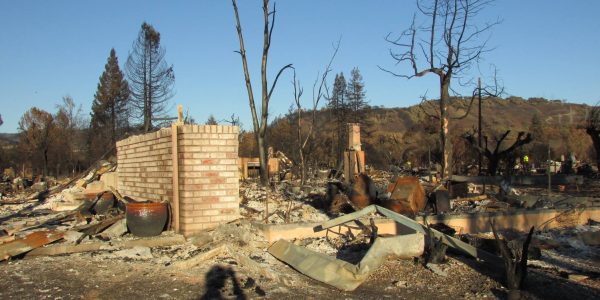 The best available science reflected in the federal report prepared by 13 government agencies including NASA, NOAA and the National Science Foundation, suggests the worst possible scenarios if we continue on our present course (which we appear to be with 16 of the 17 hottest years on record occurring since 2001). 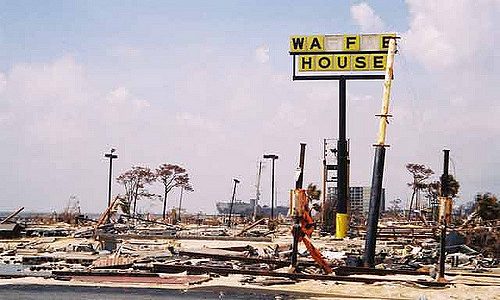 It’s worth quoting most of the Summary Findings on the Ocean & Coastal sections of the report: “Rising water temperatures, ocean acidification, retreating arctic sea ice, sea level rise, high tide flooding, coastal erosion, higher storm surge, and heavier precipitation events threaten our oceans and coasts. These effects are projected to continue, putting ocean and marine species at risk, decreasing the productivity of certain fisheries, and threatening communities that rely on marine ecosystems for livelihoods and recreation, with particular impacts on fishing communities in Hawai‘i and the U.S.-Affiliated Pacific Islands, the U.S. Caribbean, and the Gulf of Mexico. 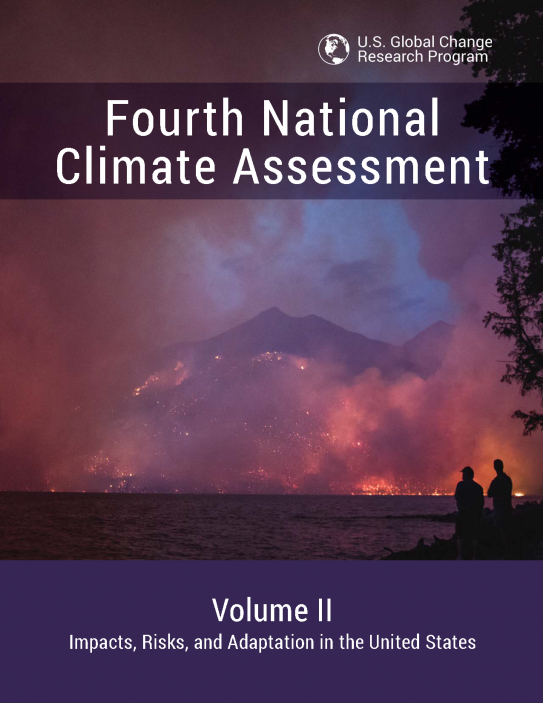 The Trump administration’s response to their own legally mandated report has been to try and bury it (releasing it the Friday after Thanksgiving) deny it (“I don’t believe it” said Trump) and misrepresent it as “not based on facts.”

Meanwhile, like aliens wanting to terra-form a hotter planet for their own comfort (see Charlie Sheen’s 1996 film ‘The Arrival’) they continue to promote fossil fuel development.  The latest example of this is NOAA approval for “incidental takes” (harming or killing) of marine mammals during planned seismic testing for oil and gas off the Atlantic coast between Delaware and Florida. 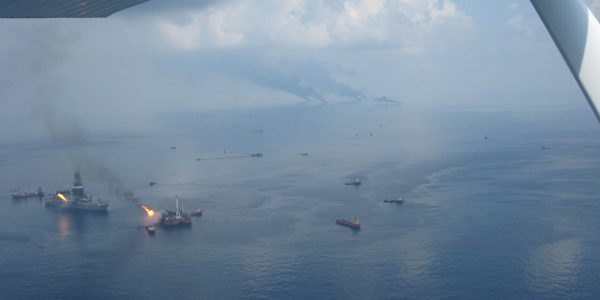 Sound is the light of the sea, the means by which whales and other creatures feed and breed.  The massive and constant sonic blasts used for oil surveying, along with some of the Navy’s active sonar and other sources of marine noise pollution, have been associated with the deaths of thousands of whales and other marine mammals and disruption of both fish and commercial fisheries.

For more on ocean noise pollution check out the work done by Ocean Conservation Research.

With protests growing along the Atlantic seaboard it’s hard not to believe that the second annual global March for the Ocean (M4O) that will take place in six months on World Ocean Day, Saturday June 8, 2019, won’t also include a major focus on preventing seismic surveys for oil in the U.S., with the possibility of ‘kayaktivists’ blockading the big seismic blasting ships before they can leave their ports. The first global March for the Ocean on June 9, 2018 saw thousands of people mobilize from Washington D.C. to New York, Colorado, Florida, Suriname, Brazil, London, Mexico, Cape Verde, Tunisia, Indonesia; over 100 marches in 26 nations to stop offshore drilling, plastic pollution and to protect our shores. 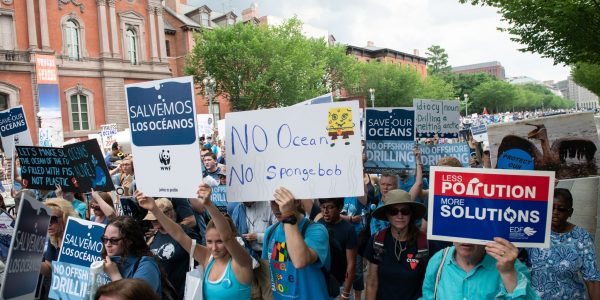 The march saw tremendous youth leadership from Hannah Testa, Heirs to Our Oceans, Sea Youth Rise Up and other youth heroes from D.C., to Dublin Ireland where 11-year-old activist Flossie Donnelly led a march of hundreds, to Saipan where 12-year-old Kaya Rasa and 16-year-old Genzo Gonzales led a well-received march on an island now recovering from Super Typhoon Yutu. 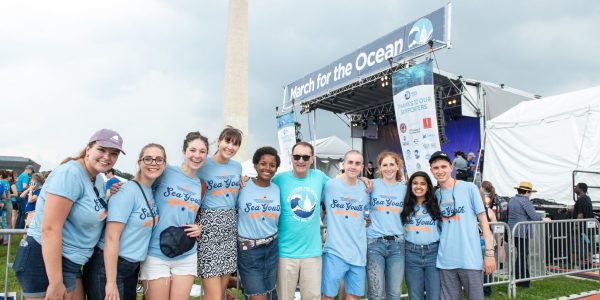 Blue Frontier’s Margo Pellegrino made a 13-day outrigger canoe paddle from New Jersey to join the 3,000 demonstrators in D.C., meeting with clean water activists along the way. Response from global organizers suggests a strong desire to march again on World Ocean Day this June to turn a celebration of our blue marble planet into a citizen mobilization to demonstrate that it’s not too late to turn the tide to protect our blue planet and ourselves.

The 2019 March for the Ocean will happen on World Oceans Day June 8, 2019, and will be part of events all over the world.  Start planning your own march now. 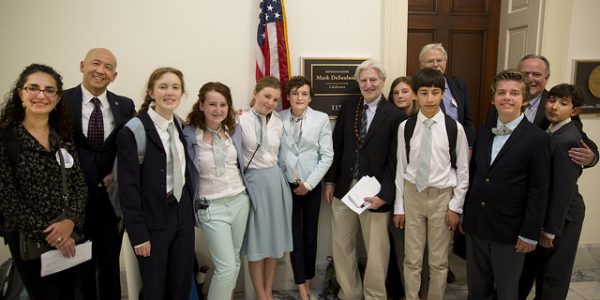 I’ve long said the work of the second half of this century will be ecosystem restoration, which is a nicer way of saying plugging the leaks in a sinking life raft. If, as the latest U.N. IPCC report suggests, we’re able to keep global warming to 1.5 degrees Celsius rather than more than 2 degrees by the end of this century we still might have a good shot at saving 25 percent of the coral reefs that existed when I was born mid-20th century. That will be enough to act as a nursery and reserve of biodiversity for the future. If we fail we destroy the largest living structure ever known (reefs are easily visible from space) and the heart of our blue marble world. 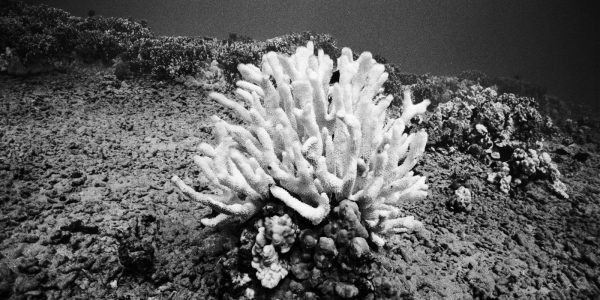 Steve Palumbi, director of Stanford’s Hopkins Marine Lab in Monterey, California and a past Peter Benchley Ocean Award winner in science is leading a National Academies of Science panel looking at possible human intervention plans to save corals. For more on this new effort read this. Other practical interventions would include massive global re-forestation including planting and protecting mangrove forests (these coastal wonders absorb more carbon dioxide than any other ecosystem), also restoring and farming sea grasses and seaweeds and restoring healthy soils that can sequester carbon dioxide out of the atmosphere while producing non-chemical dependent food and fiber. Three good groups to contact to learn more are: Coral Restoration Foundation,  The Blue Carbon Initiative and Soil Not Oil Coalition.

A View from the South China Sea

Having just returned from a sea voyage between Saigon and Shanghai as inter-port lecturer aboard the Semester At Sea’s ‘MV World Odyssey’ I’m more convinced than ever that the western development model of metastasizing corporate consumer culture is not sustainable. Which is not to say that 40 years after a devastating war that saw the loss of three million Vietnamese and 59,000 Americans, it’s not heartening to see Vietnam’s economy booming with the Saigon (officially Ho Chi Minh City) waterfront reminding me of Miami Beach only with swarms of motor scooters and better food. 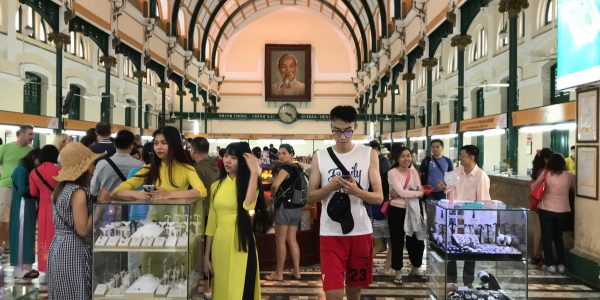 I also took a quick visit to the Mekong Delta that looks very much like the Mississippi Delta but with one big advantage. Since the Mekong produces Rice, Coconut and fish instead of Oil & Gas and fish, it doesn’t suffer anything like the pollution and land loss of southern Louisiana and other oil -soaked deltas such as the Niger. 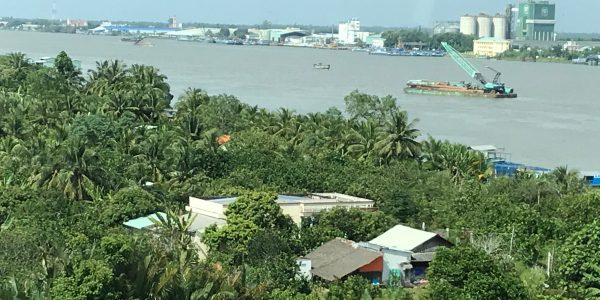 On the South China Sea, where China is taking a page from U.S. Gunboat diplomacy of the 19th century asserting territorial claims over disputed oil-rich waters we spent several days sailing through its massive coastal fishing fleet including crab boats that at night are illuminated like strings of – Xmas lights along the horizon. From the bridge of the World Odyssey they appear on the ship’s radar like scattered yellow confetti reflecting their AIS (Automatic Identification Systems). China also has several thousand distant water vessels emptying out the world ocean from West Africa to Indonesia. International fisheries reform is a global food security issue that calls for profound and immediate action. 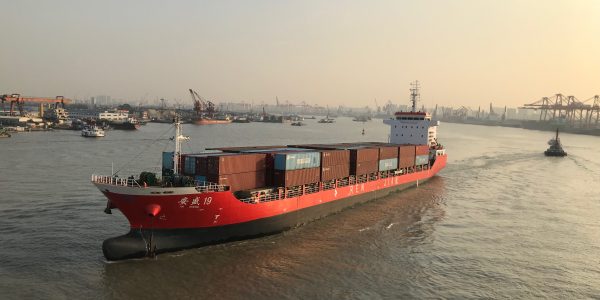 It felt like going from over-fishing to over-consumption as we entered the massive shipping lanes and vessel convoys heading up the Yangtze and Huangpu rivers into the smog shrouded Mega-city of Shanghai, the commercial heart of China and the world’s largest container port. We docked across from what looks like lower Manhattan with Vegas lighting including 60 to 80 story tall LED displays of Christmas Trees and other consumer emblems you don’t normally associate with China’s ancient culture. The building where Mao founded the Chinese Communist Party in 1921 is on an upscale pedestrian mall a block from the World’s largest Starbucks.  His little red books have been replaced by I-phones in the hands of many of the city’s 24-million residents. The good news (highlighted at the Shanghai Aquarium) is that most young people would now prefer an I-phone for a wedding gift rather than expensive shark-fin soup that is now banned.  Props to WildAid and others who helped air Chinese celebrity PSAs (including Jackie Chan and Yao Ming) that changed millions of minds. 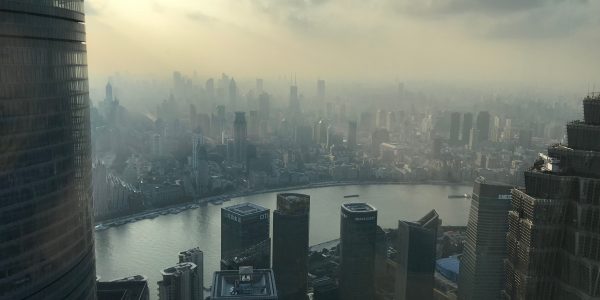 It was also nice to see swarms of quiet electric scooters in Shanghai that is also moving towards green energy sources for its power plants.  The end of coal and oil will help clean up its dirty air although, like New York, Miami, Bangkok and Venice, this low-lying city will not be able to avoid the growing impact of sea level rise.

And yet still I believe…

Solutions Are Possible with your Support

We can better communicate and act for our coast and ocean and the communities, both human and wild, that depend on them.  A lot of focus of Blue Frontier in 2019 is going to be on expanding the voice of the ocean community through our Blue Beat Program, the blue beat being journalism and media that recognize the only resource not fully exploited in the ocean is well told stories, including of everyday heroes working on solutions.  The Blue Beat will include an update of our Blue Movement Directory, an expansion of the Writers For the Sea organization and a Media Making and Training workshop to help the conservation and maritime communities better tell their stories to journalists, the public and others. 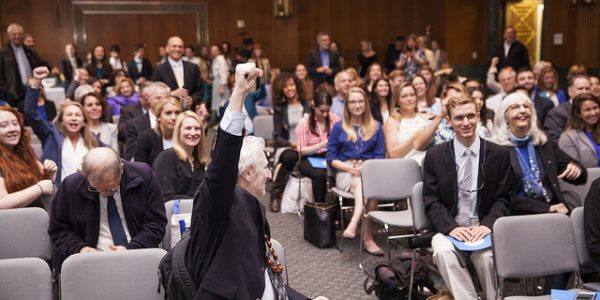 We can only do this however with your support. We recently sent out our end of year letter asking that you make a tax-deductible contribution to Blue Frontier.  If you’ve been reading Blue Notes over the years, participating in Blue Vision Summits, Capitol Hill Ocean Days, Peter Benchley Awards, last summer’s marches or any of our campaigns and activities please help us hold our course and continue to build our Seaweed movement.

Thanks and Best Fishes for the Holiday Sea/Sun from the Blue Frontier team,