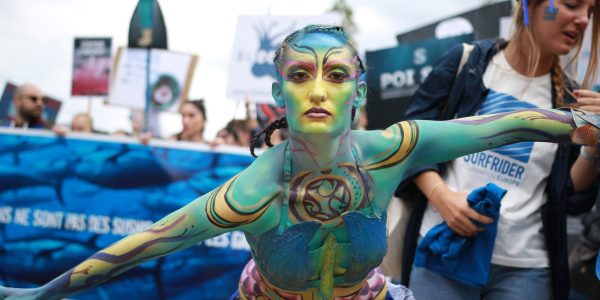 Here are a few links: Paris.

In 2020 M4O could be even larger, as we mark the 50th anniversary of Earth Day plus a significant election in the U.S., where climate and ocean issues will help decide the future of our nation, our democracy and our blue planet.  It’s not too early to start planning now. 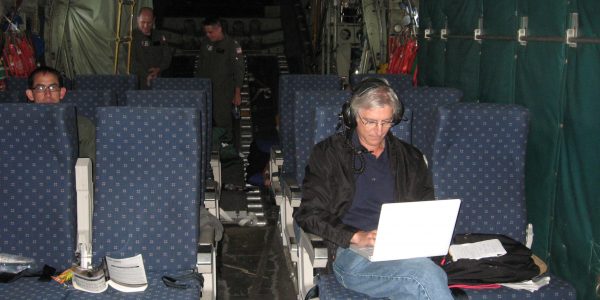 On March 18, 2004 I posted Blue Frontier’s first “occasional ramble by the sea.” This quickly evolved into our monthly ‘Blue Notes’ newsletter that has now run for 15 plus years.  Since that first short report on a U.S. ban on deploying longline swordfishing gear off of California we’ve written about a quarter million words on our Blue Vision Summits, Benchley Awards, the first global March for the Ocean, revelations from Ocean Commissions to Frank Ocean, grassroots and youth organizing, science, humor and wonder, plus my first-hand reports from Hurricanes Katrina and Ivan, the BP oil spill disaster and at sea and in the air reports with the Coast Guard (see pix), NOAA, the Navy and others. We ran field reports from our multi-ocean rower Roz Savage and coastal paddler Margo Pellegrino, also many true tales of salty people and critters we’ve encountered and admired from the Rocky Mountains to the abyssal depths. You can find it all in our Bluefront.org archives.

Taking a New Approach (Say what?) 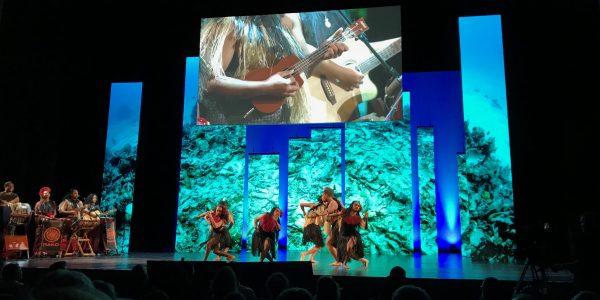 We’ll be trying new communications approaches in the future as part of our ‘Blue Beat’ idea that the only resource not fully exploited in the Ocean is good stories.

We’ll be distributing half-hour episodes of ‘Rising Tide – The Ocean Podcast with David Helvarg’ starting this fall. Expect some lively and salty conversations on the state of our blue marble planet from a wide range of folks above and below the waterline – call it the lighter side of the apocalypse.

Meanwhile we haven’t been slacking since I wrote Blue Note #174 in March. A quick review of this spring and summer’s BF activities would have to include: 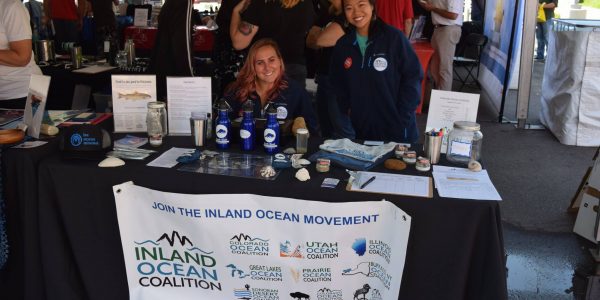 Blue Frontier teamed up with the Inland Ocean Coalition and EarthX to hold the first ever Inland Ocean Action Summit with over 100 people from a dozen heartland states converging in Dallas Texas on April 27 and 28. Among the speakers, panelists and workshop participants were Senator Sheldon Whitehouse (D-RI), Explorer Fabien Cousteau, Danni Washington and Dr. Nancy Rabalais. Become part of the growing Inland Ocean Coalition.

Dive into this great short video of the Summit.

May: Ocean Climate Action or Extinction? 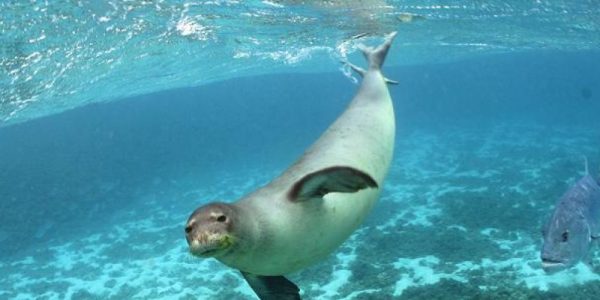 As we reported in the last two Blue Notes, Blue Frontier has partnered with the Center for the Blue Economy at the Middlebury Institute in Monterey to produce an Ocean Climate Action Agenda.  Again, here is the original proposal that ran in Mongabay.

At the end of May I also wrote an Extinction Timeline story for the marine science magazine ECO, in which I take a long-term (4 billion year) perspective on the state of the ocean concluding that we can still save much of the web of life aquatic if we act now.

One way to do this is to make sure that climate plans like the Green New Deal incorporate needed coastal and ocean actions. During May’s Capitol Hill Ocean Week sponsored by the National Marine Sanctuary Foundation, Blue Frontier gave copies of our Ocean Climate Action Plan to two members of Congress from Florida and Hawaii and the staffs of 16 others who sit on key ocean and climate committees. Please feel free to contact Blue Frontier or the Center for the Blue Economy if you’d like to work on expanding and implementing the Ocean Action Climate Plan. We’ll be organizing ocean leadership meetings on this “Blue New Deal” in Monterey this October and Washington D.C. in April. 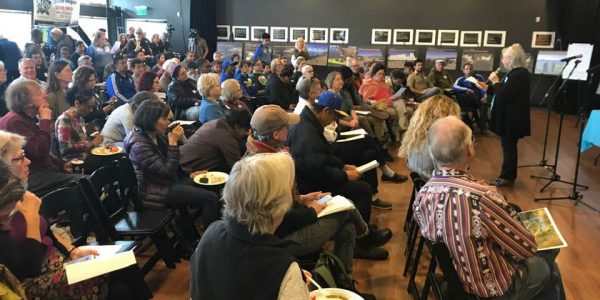 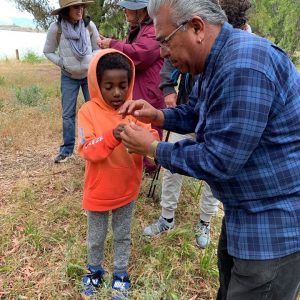 In May the Point Molate Alliance – a Blue Frontier project in my town of Richmond CA  – held a Community Forum for over 150 citizens opposed to city plans to sell off the last unprotected public headland on San Francisco Bay to a private southern California land developer as part of a closed-door deal with a failed casino developer.  Among our speakers was the former Mayor who helped defeat the Casino scam, a marine science lab director and commercial fishing organization that want to protect its pristine eelgrass beds and a youth soccer team who want more public space for recreation.

On June 15 the Point Molate Alliance followed up by co-sponsoring a ‘Bio-Blitz’ at Point Molate with WhollyH2O during which some 40 citizen-scientists worked to document this wild headland’s incredible – and now endangered – biodiversity.  We will be following up with another Bio-Blitz on July 20. For more information contact me or go to our website. 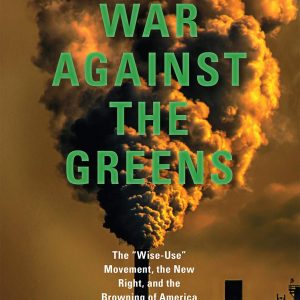 The War Against the Greens

For its 25th anniversary Bower House has re-released my first book, ‘The War Against the Greens,’ (2004 updated edition).  Originally published by Sierra Club Books in 1994, this was the first major expose on how corporations create their own anti-environmental “Astroturf” (synthetic grassroots) movements to counter the environmental revolution of the 1970s.  Unfortunately as you read it, you’ll understand how the targeted anger, lies and violence of the “Wise Use” movement – funded and directed by Western public lands industries in the 1990s, metastasized during the petroleum soaked George W. Bush administration into the anti-science, “alternative facts,” ecological death spiral we’re having to deal with today.  The War Against the Greens is now World War Green.

For this vital historical backgrounder you can order here or ask your local independent bookstore to order it for you.

If you’ve enjoyed Blue Notes and gained some useful knowledge from it over the past decade and a half, please consider it as a kind of PBS newsletter for the ocean that NEVER HELD A PLEDGE BREAK. Which is to say, now would be a great time and a wonderful opportunity for you to make a contribution. Any financial pledge you make today will not only be tax-deductible to the full extent of the law but help assure that Blue Frontier continues its work to try and communicate, organize and empower the best of our ocean communities both human and wild. 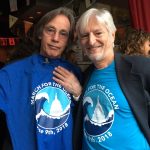