Top
You are here: Home / The Blue Beat / The Shifting Politics of Offshore Drilling 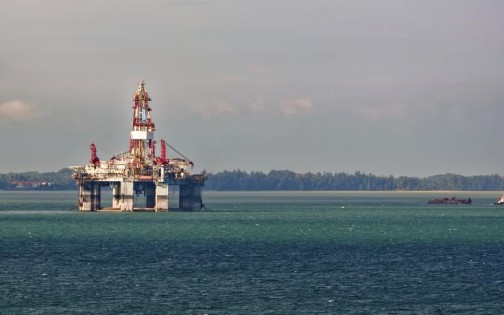 When it comes to offshore oil and gas drilling, a politician’s party affiliation is normally a good indicator of his or her views on this controversial issue. For the most part, Republicans support drilling in U.S. waters. More often than not, Democrats (at least outside of Louisiana) are skeptical of, or outright opposed to, more offshore drilling. Case in point: In late February, Virginia Democratic lieutenant governor Ralph Northam wrote to federal officials warning of the risks to tourism, fishing, and navy operations should proposed new offshore oil drilling be permitted.

But the politics of offshore oil and gas drilling may be changing. Virginia governor Terry McAuliffe, a Democrat, is pro-drilling (provided the Feds offer the same revenue-sharing deal that Louisiana has). And some elected Republicans are going on record against offshore leases, citing their risk to the environment and the recreation and tourism jobs that depend on seascapes and beaches unblemished by the fossil fuel industry.

This past fall, conservative Republican representative (and former South Carolina governor) Mark Sanford, whose district includes much of the Palmetto State’s coastline, announced his objection to new drilling off his state. Standing next to climate activist Bill McKibben, an evangelical minister, and others below an 85-foot inflatable whale in front of the U.S. Capitol, Sanford helped to launch the anti-drilling, pro-clean-energy Sea Party Coalition. (My organization, Blue Frontier, is a founding member of this group, which also includes the Sierra Club.) Sanford declared, “While we like whales and marine life, what we’re really talking about is upholding the democratic traditions our founding fathers gave us 200 years ago.”

The next day, South Carolina’s largest newspaper, the Post and Courier, ran the headline “Mark Sanford, From Tea Party to Sea Party.” But Sanford isn’t alone among South Carolinians in his anxiety about offshore drilling. All coastal towns and cities in South Carolina have now passed resolutions against either acoustic surveys (which are necessary for underwater oil and gas exploration but which can harm marine life) or oil drilling. Some 100 other municipalities from Florida to New Jersey have passed similar resolutions.