Top
You are here: Home / The Blue Beat / Time is running out to stop Trump from opening California marine sanctuaries to oil drilling

This story was originally published by David Helvarg in the LA Times on July 7, 2017. It can be viewed here. 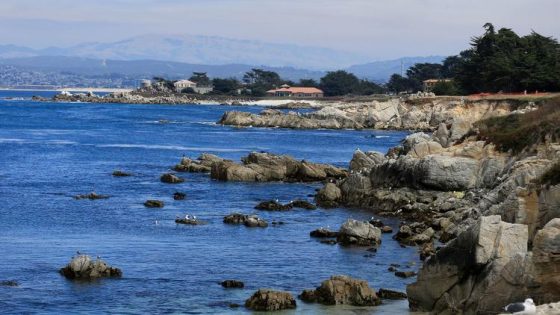 Time is short if you care about preserving some of California’s greatest natural wonders and recreational opportunities. Six national monuments in our state are at risk, along with parts of all four of the national marine sanctuaries off the California coast — Channel Islands, Monterey Bay, the Greater Farallones and Cordell Bank.

Here’s the situation: In December, President Obama proclaimed millions of acres in the Bears Ears region in Utah as a national monument, a process strongly opposed by some. In response, President Trump in April ordered a review of 27 monuments that had been declared or enlarged over the last 20 years. He then doubled down with instructions to reconsider recently set aside marine sanctuaries.

Land and sea monuments are designated by presidents under the Antiquities Act of 1906; marine sanctuaries are established by the secretary of Commerce or Congress under the National Marine Sanctuaries Act of 1972. While I think Californians should support all of these sites, particular consideration ought to be paid to our marine sanctuaries. They protect Pacific Ocean waters and beaches — arguably our state’s most celebrated attraction, the key to our identity. Close to 65% of California’s population lives in coastal counties.

Within the marine sanctuaries there are some state-established “no take” fishing zones, and areas off-limits to personal, motorized watercraft. But generally the sanctuaries are where we work and play — open to recreational and commercial fishing, to shipping, to other commerce and scientific research, as well as swimming, surfing, boating and diving. The only activities that are prohibited throughout the sanctuaries are ocean dumping, seabed mining and oil drilling.

And that is clearly what is bugging the Trump administration. The directive aimed at the sanctuaries is called the America First Offshore Energy Executive Order. It requires the Department of Commerce to review sanctuary expansions and lost “opportunity costs” related to hard mineral mining and oil, gas and methane hydrate drilling. Never mind the science that tells us we need to leave fossil fuel reserves underground and under the sea if we’re to avoid the most catastrophic effects of climate change.

The administration suggests that not all stakeholders were heard from when the sanctuaries were created or expanded. But in reality, the set-asides are the result of years of open advocacy and debate that included the public, scientists, conservationists and all manner of commercial interests. Just ask former Rep. Lynn Woolsey (D-Petaluma), who fought for expansion of the Greater Farallones and Cordell Bank sanctuaries throughout her 20-year congressional career. The boundaries she proposed were finalized just two years ago. The result is that taken together, marine sanctuaries now protect one-third of the California coast from offshore oil drilling.

“This area is a national treasure. It needs and deserves permanent protection from oil and gas exploration,” Woolsey told the Los Angeles Times five years ago. Even the Western States Petroleum Assn. appears to agree. In June, its president said, “I am not aware of any of our members chomping at the bit” to drill in the sanctuaries.

President Trump doesn’t seem to get it, or to understand that lost “opportunity costs” related to oil drilling, dumping and mining represent gained opportunity benefits for coastal economies. According to a 2015 report by the National Oceanic and Atmospheric Administration, recreational fishing in California’s marine sanctuaries generates more than $200 million a year and supports more than 1,300 jobs. In the Monterey Bay area alone, the sanctuaries contribute to a $3.5-billion tourism economy and more than 35,000 jobs. The sanctuaries also shelter major seabird and sea mammal breeding sites, dozens of threatened or endangered fish and mammal species, including great white sharks and blue whales, and protect our beaches from the kind of oil spill that coated Santa Barbara’s coastline, pelicans and gulls in 1969.

I spent part of the Fourth of July weekend diving in the Channel Islands National Marine Sanctuary, south of Ventura. In kelp forests 60 feet tall just off Anacapa Island, we encountered red and black sheepshead, also opaleyes, señoritas, blacksmith and sea bass. In the light-dappled surge zone, where waves broke close above us, there were big orange Garibaldi, spiny lobsters waving their antennae and an octopus. A sea lion and a harbor seal checked us out. Watching an orange and purple Spanish shawl nudibranch, like a tiny living jewel, reminded me of John Muir’s observation: “Every natural object is a conductor of divinity.”

You have just a few days — at the latest July 10 — to register your support for America’s national monuments with the Department of the Interior. The six at risk in California are the San Gabriel Mountains monument, Mojave Trails, Carrizo Plain, Sand to Snow, Berryessa Snow Mountain and Giant Sequoia.

As for the marine monuments and sanctuaries, you can contact the Department of Commerce until July 26. Send them the message on the hoodie I wore warming up between dives last week: The ocean is rising and so are we.

David Helvarg is the executive director of the conservation and policy organization Blue Frontier. His latest book is “The Golden Shore — California’s Love Affair with the Sea.”

This story was originally published by David Helvarg in the LA Times on July 7, 2017. It can be viewed here.

« « Older Entry | Next Entry » »
« Previous Post: Rage Against the Dying of the ReefsNext Post: 50 years after Santa Barbara oil spill, the call remains: ‘Get oil out’ »