Continuing from the last post-election Blue Notes (Blue Notes #152), I’d like to share some additional challenges and opportunities that the ocean community faces in the wake of the 2016 election of coastal real-estate developer Donald Trump for President.

President-Elect Trump’s picks of climate deniers and Clean Water Act opponents Oklahoma Attorney General Scott Pruitt for Administrator of EPA, Rep. Cathy McMorris Rodgers for Secretary of Interior, and Exxon’s CEO as next likely Secretary of State is fine if you’re building a Petro-Oligarchy but bad for our living environment, most of which is made up of saltwater. 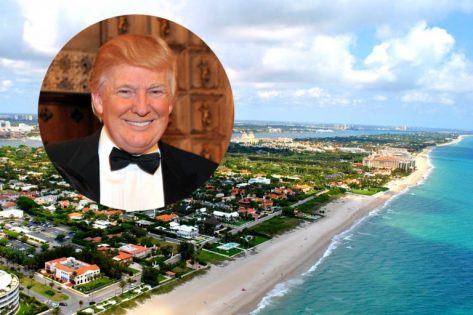 Some business people like Google founder Eric Schmidt and his wife Wendy Schmidt, Virgin founder Richard Branson, Tesla’s Elon Musk and others are attuned to the economic benefits of a healthy ocean and a blue economy. However, it’s doubtful Trump’s nominee for Secretary of Commerce, billionaire equity investor Wilbur Ross, is even aware that his new job includes oversight of the National Oceanic and Atmospheric Administration, even if he does own waterfront estates in Southampton and Palm Beach. NOAA, of course, is the frontline agency for managing and exploring our public seas and providing accurate weather and climate data and its upkeep and funding are vital for a sustainable future.

One fear is that with climate denial and a big push for expanded oil and gas drilling, including offshore drilling, the nation could become more like Florida with denial in the Capitol and frantic corrective action by the water. Rising seas and accelerating storms are inundating this low-lying state, along with an increase in climate related wildfires, insect-borne diseases, coral bleaching and heat waves.

A disconnect between its political choices and climate reality is all too familiar in the Sunshine State. Florida’s newly re-elected U.S. senator, Marco Rubio, and its two-term governor, Rick Scott, are both climate-change dodgers. They shrug off the science that indicates 1 in 8 houses in their state will be lost to rising seas by the end of the century and respond to climate related questions with “I’m not a Scientist.”

Meanwhile, an octopus swam into a Miami Beach parking garage in November during one of the city’s periodic “sunny day floods.” Massive sewer spills are poisoning Tampa Bay as local storms worsen. And beaches and shoreline are rapidly disappearing along the southeast Atlantic coast, where sea level rise is accelerating from 8 inches over the last century to a conservatively projected 3 feet by the end of this one. The entire state of Florida averages just 6 feet above sea level. 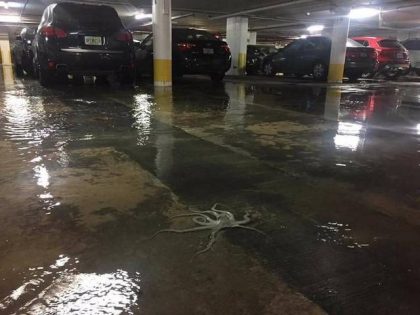 The result is frantic local activities in cities like Miami Beach and St. Petersburg that have committed over $700 million between them to deal with climate impacts on roads and in sewers. Four southern counties in the state have also formed their own regional climate change compact realizing they don’t have time to deal with state and now federal deniers if they’re to keep their waists above water.

You can see the full opinion piece here. 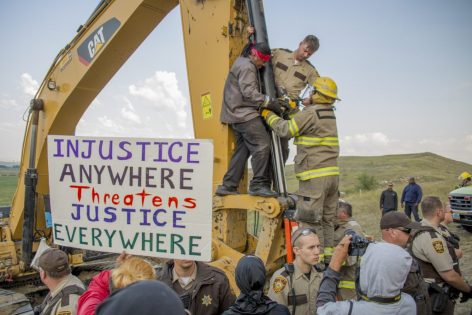 The leadership of the Standing Rock Sioux tribe and other Water Protectors in opposing an oil pipeline under the Missouri River has brought together hundreds of Indian Country tribal nations, along with climate activists, watershed advocates, resource economists, war veterans and many others. Their efforts led to a temporary victory in early December, when the Obama Administration denied a key permit through the Army Corps of Engineers—a decision President-elect Trump has pledged to reverse. What they’ve accomplished to date is a model for how future environmental victories might be won by focusing on the triple bottom line that links the environment, the economy, and equity. These kind of unique coalitions have marked every successful social movement in our nation’s history. One thing you learn from time on the ocean is there are no boundaries. Saltwater rusts away stovepipes so that we all have to see and acknowledge one another and our common dependence as interlinked communities, both human and wild. As Martin Luther King said, “The arc of the moral universe is long, but it bends towards justice.”

Maybe it’s my years as a journalist but I still believe facts count and speaking truth to power is an effective strategy for educating the public when it’s being lied to. It’s OK to have an opinion or belief.   It’s not OK to distort facts to serve your point of view. As my photographer buddy John Hoagland who was killed shooting for Newsweek in Central America told me. “I don’t’ believe in objectivity. Everyone has a point of view. What I say is I won’t be a propagandist for anyone. If you do something right I’m going to take your picture. If you do something wrong I’ll take your picture also.” 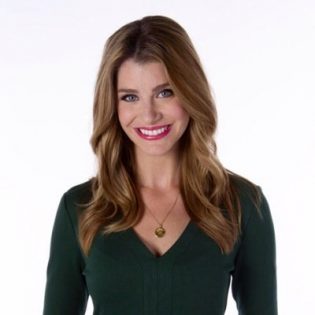 taking down a phony climate-change denial story that ran on Breitbart News the racist and misogynist Alt-Right outlet that still believes in a white Christmas. Breitbart’s “cherry picked” propaganda was re-posted by the U.S. House Committee on Science, Space and Technology. That may be what caught the Weather Channel’s attention. Parker concludes her brief but brilliant takedown of this intentionally inaccurate “News Story” with an admonition that marine scientists need to hear. “To all my fellow scientists out there,” she says. “Let’s make the facts louder than the opinions.”

It Doesn’t Count if You Don’t Show Up (This May!)

On November 29 representatives from 22 marine organizations large and small held the first post-election Blue Vision Summit planning call.   For the biennial Summit to be held in Washington D.C. May 9-11, 2017 it was agreed it’s more important than ever to have the ocean conservation community make its presence known with clear messages and commitment to build a stronger public movement. The need for more diversity was recognized, including ethnic, economic, regional and also focusing on the involvement of more young people this spring. Key themes that were agreed on will be 1. Stopping any new offshore oil leasing and ending all offshore drilling by 2030. 2. Developing effective strategies to rid the ocean of plastic and other pollutants. 3 Focusing on Water Quality, defending the Clean Water Act and ending runoff pollution that effects both inland and coastal communities. 4. Building coastal resiliency through smart ecosystem based planning.

If you want to be part of the 6th Blue Vision as an attendee, volunteer, Capitol Hill Day state coordinator or outreach organizer please contact us at info@bluefront.org and we’ll connect you with the right people. Also check out the website at www.bluefront.org/bvs and Facebook page at www.facebook.com/bluevisionsummit/.

AND DON’T FOGET – We’ve always kept the registration fee well below cost at $150 for three days of information, inspiration and activism. If you register and pay by the end of the year (end of this month), we will knock off another $50. It is the best $100 you’ll ever spend to #DefendtheOcean and #ProtectOurCoasts. Register for the 6th Blue Vision Summit Here! 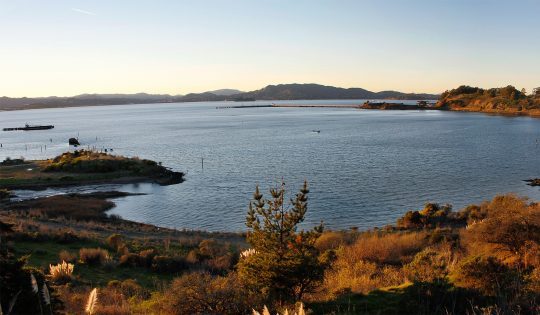 As part of your renewed commitment to solution-focused activism I’m asking you to consider making a tax-deductible year-end contribution to Blue Frontier’s efforts to #DefendtheOcean. The good news is the first $20,000 we can raise by the end of this year, will be matched by a generous donor foundation. So far we’re 25 percent there but time is short. Every dollar you give will be worth two in our efforts to protect and restore the blue in our red, white and blue through citizen action and public engagement. If you are interested in donating to Blue Frontier, please do so here or send a check to Blue Frontier Campaign P.O. Box 19367 Washington, D.C. 20036.

And have a great Holiday Sea/Sun!