What a Difference a Year Makes

“We cannot truly protect our planet without protecting our ocean.”

“Today our offshore areas are underutilized. In the field of energy, we have just begun to tap the potential of our oceans’ oil and gas.” 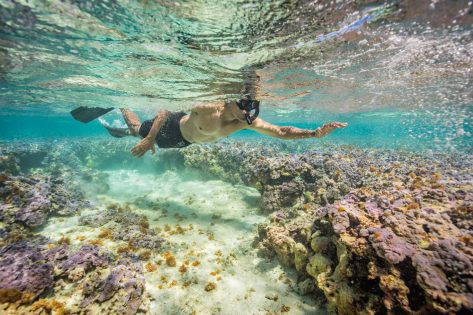 Both 2016 and 2017 will be remembered as years of contrast in the way the United States approached its public seas, an ocean frontier that like our 19th century western frontier has been ruthlessly exploited but remains an essential element of who we are as a people and what we might yet achieve.

In his final year in office President Obama, who had a mixed record until then, seemed to become a born-again Hawaiian waterman, snorkeling through the coral shallows of Midway Island (as captured by Nat Geo photographer Brian Skerry) while also speaking out on the true value of our living seas. Having attempted to open up parts of the Atlantic seaboard and U.S. Arctic Ocean to offshore oil drilling, and run into a wall of popular opposition, he reversed course in December 2016 and put much of this area off-limits to any new oil and gas leasing. He did much more however, throughout his presidency.

In 2010, in the wake of the BP disaster in the Gulf of Mexico he signed an executive order establishing a National Ocean Policy (NOP) to coordinate oversight of ocean uses between federal agencies and with state and tribal governments. While voluntary, the eight regional NOP planning bodies that formed over the next years were a dramatic contrast to the existing system in which 22 different federal agencies operate under 140 laws with little or no coordination between them or local authorities.

If done correctly the ecosystem-based marine spatial planning these planning bodies are supposed to implement could involve cleaning up our coastal watersheds, greening our ports and designating offshore waters for shipping, fishing, clean energy, national defense, wildlife and wilderness in a dynamic and regionally responsive manner. By 2017 two of the eight bodies, the Northeast and Mid-Atlantic, had completed their plans for reducing conflict and protecting resources and economies from Maine to Virginia. That is why we awarded these two plus an earlier ocean plan from Rhode Island our 2017 Peter Benchley Ocean Award for Solutions.

However some republicans in Congress, suspicious of non-defense-related federal initiatives labeled NOP, “Obamacare for the Ocean,” and so it was eliminated from President Trump’s budget and plans.

In June 2006, President George W. Bush established the 131,000 square mile Papahanaumokuakea Marine National Monument, that makes up two-thirds of the Hawaiian Islands chain, an extension of tiny atolls and vast coral gardens that stretches for 1,200 miles from the main islands to Midway. In August of 2016 President Obama expanded Papahanaumokuakea to more than half a million square miles (twice the size of Bush’s home state of Texas) making it the largest environmentally protected wilderness area on earth, also home to over 70 percent of U.S. coral reefs and rare and endangered animals including sea turtles, tiger sharks, monk seals and nesting albatrosses.

In September, while attending the ‘Our Ocean’ conference organized by Secretary of State John Kerry, the most ocean-oriented Secretary since Alexander Hamilton, Obama announced the east coast’s first marine monument the Northeast Canyons and Seamounts Marine National Monument off of New England.

Around the same time, four National Marine Sanctuaries in California (and one on the Great Lakes) were expanded, a process that ended up protecting at least one third of the California coast from offshore drilling.

In addition to these actions President Obama signed a bipartisan bill into law that targeted IUU – Illegal, Unreported and Unregulated – fishing allowing for greater international cooperation in stopping global fish piracy and related crimes such as the use of slave crews on board the vessels. With the U.S. setting a good model Secretary Kerry was able to get a number of other countries to sign on to setting aside large marine wilderness parks as biological reserves for an uncertain future and cracking down on pirate fishing while reforming their own fishing practices, as the U.S. has done since the 2010 reauthorization of the Magnuson-Stevens federal fisheries act.

In his earliest days in office President Trump set out to reverse President Obama’s legacy not only on things like health care and voter rights but also climate and ocean policy.

In the real-estate developer’s campaign leading up to his election he dismissed climate change science as a hoax and “bullshit” and called for expanded offshore oil drilling. Once in office he named Oklahoma Attorney General Scott Pruitt to head the EPA. Another climate denier and fierce EPA opponent with a history of suing the agency he now works to dismantle, Pruitt’s targeting of air and water pollution regulations and enforcement will increase polluted runoff creating massive offshore dead zones like the nine-month long harmful algal bloom of ‘green slime’ caused by agricultural nitrogen and phosphate pollution that coated large sections of Florida’s seashore in 2016. After speaking in Stuart Florida that fall I was approached by a woman, the third generation owner of her family motel on the Indian River, who told me just in July she had lost $15,000 worth of business because no one wanted to vacation next to stinking green slime.

In April 2017 Trump issued his “America First Offshore Energy Executive Order” which directed the Departments of Interior (which leases Outer Continental Shelf waters for drilling) and Commerce (which oversees NOAA) to consider opening all offshore federal waters including marine monuments and recently expanded parts of marine sanctuaries to oil drilling (See Blue Notes #159). The legality of these potential actions assures a court fight will follow abbreviated public comment periods that drew over half a million comments on offshore monuments and marine sanctuaries overwhelmingly (more than 95 percent according to early sampling) in support of keeping them as they are. 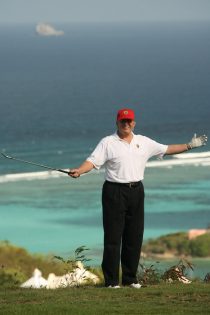 You still have until MIDNIGHT TONIGHT – Tue. Aug. 15 – to GET YOUR COMMENTS IN to oppose this attack on our marine monuments and sanctuaries. To get more information and a link to the government comment page go to: Saveourmarinesanctuaries.org

On June first President Trump announced his intention to withdraw the U.S. from the Paris Climate Agreement against the advice of many of his advisors, even former Exxon CEO and Secretary of State Rex Tillerson. None of the other 194 nations that had signed onto the agreement to reduce emissions of climate disrupting greenhouse gasses followed his lead. In fact at the Group of 20 meeting of the world’s leading economies last month the other 19 members (other than the United States) reconfirmed their commitment to the Paris agreement. When President Trump explained he was more interested in protecting the people of Pittsburgh than Paris, both the mayors of Pittsburgh and Paris issued a joint statement saying they both supported climate action and job-generating clean energy development.

On the topic of climate I would also highly recommend seeing Al Gore’s new movie: An Inconvenient Sequel: Truth to Power. It’s an engaging and even hopeful (the struggle continues) documentary even if it fails to delve in depth with the many threats fossil fuel fired climate disruption poses for our ocean. Still, what a different world it would be if the popular vote rather than the electoral (and Supreme Court) vote had determined the winner in the 2000 election (also in 2016).

Too Late for Half the Ocean? 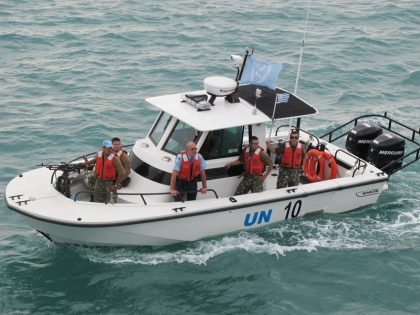 After years of discussion and an Ocean Conference this summer the United Nations has agreed to open negotiations on setting aside part of the high seas – that cover almost half the planet – for marine protection. “The high seas are the biggest reserve of biodiversity on the planet,” Peter Thomson, the Ambassador of Fiji and current president of the General Assembly told the NY Times. But while scientists are advising setting aside 20-40 percent of the high seas for protection and world-renown biologist EO Wilson suggests we need to set aside 50 percent of the planet as an ecological reserve to prevent mass extinction – the aim of the UN would be to reach a 10 percent agreement over the next several years. For more see the NY Times article. 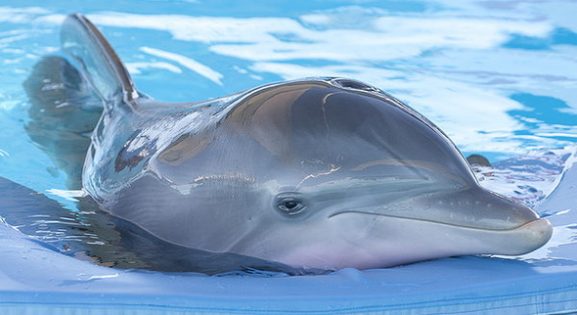 After President Trump’s budget called for cutting a billion dollars from NOAA’s $5.6 billion budget, basically gutting anything that sounded like climate science or ocean management or protection, the House came back with a reduced $700 million dollar cut (See Blue Notes #159). Now it looks like the Senate might approve a budget with very few cuts. States like Alaska and Massachusetts, even with congressional delegations from different parties, can still agree there’s some value in NOAA services like fisheries management, weather forecasting, coastal planning and Sea Grant, apparently even keeping the (independent) Marine Mammal Commission.   Still the House and Senate will have to reconcile their two budgets before NOAA can be funded. That’s where we have to get active and loud. Check out these two articles on where things now stand from NRDC and The Ocean Conservancy.

Next Steps for Our Ocean Budget

The More You NOAA: The Senate NOAAs Best

Now That Shark Week’s Over 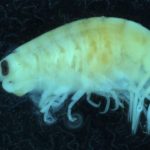 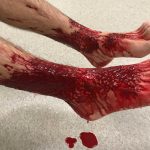 Turns out if you go into the ocean you could come out with bloody chomped up legs not from sharks but nasty little amphipods. Will you let these swarms of micro-piranha scare you out of the water? That’s good, more waves for me. Read it and creep. 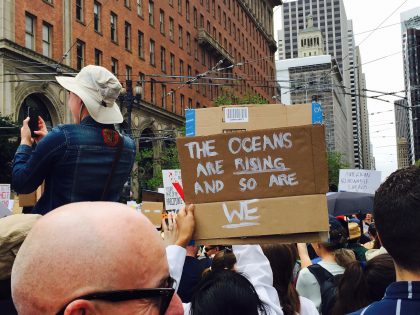 We are facing challenges like never before. That is why Blue Frontier has decided we can’t wait till 2018 for the next biennial Blue Vision Summit and so plan to hold regional organizing summits in Florida early in the New Year, the Mid-Atlantic in early spring and after that maybe look to New England, California and Hawaii. We are also willing to work with everyone to mobilize Sea Party 2018 activists to do voter education so that people Vote the Coast and Vote the Ocean in the next election. 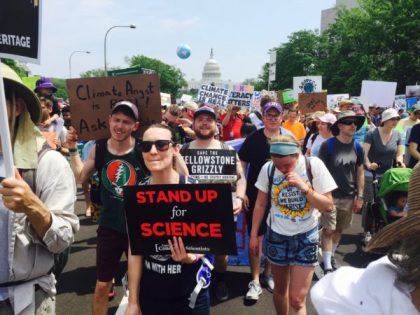 Still, after the Woman’s March, the Science March and the Climate March it’s really important that we make a major statement. That is why we have just begun a conversation we hope we can rapidly expand across the blue movement and beyond to mobilize for a series of ‘Marches for the Ocean’ combined with a ‘Wear Blue for the Ocean’ option for next World Ocean Day, June 8, 2018. Among basic demands ought to be – no offshore drilling and spilling, no plastic or other ocean pollution and protect our coasts from sea level rise and other climate impacts. Feel free to contact us to start the conversations that can lead to the marching. Like our Sea Party T-Shirt says: “The Ocean Is Rising And So Are We.” 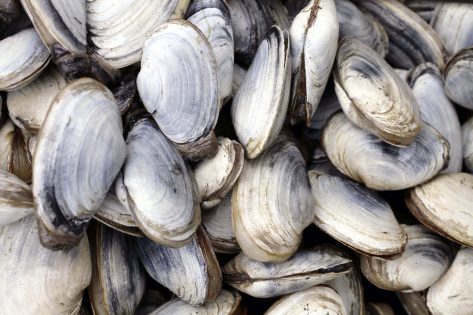 And remember, every clam you can spare will help us realize our grand vision and practical plans to restore the blue in our red, white and whole dang blue marble planet beyond. Please make your tax-deductible contribution before the beach season ends.