Harvey and The Heat & Then Irma 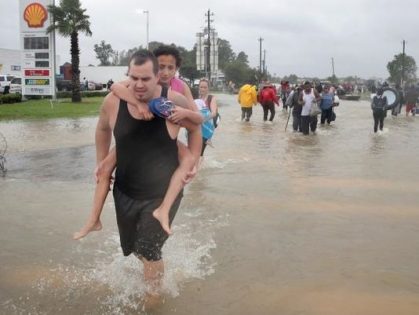 Having covered Hurricane Katrina in 2005 and the last hurricane to hit the Houston Area (Ike in 2008), I’d like to write about what went right for millions of people before going on to acknowledge the storm’s devastation and predictability given the warmer more turbulent ocean, atmosphere and political environment we now live in.

Over 50 people died in Harvey and dozens more across the Caribbean and in Florida during Irma.  Luckily that doesn’t compare to the over 1,800 killed during Hurricane Katrina.  Part of the difference between Katrina and Harvey (we don’t have a full accounting of Irma as of this writing) is attributable to the different nature of the storms. Katrina hit with massive force across the length of the populous Mississippi Gulf Coast and Louisiana bayous killing hundreds immediately. The failure of the Army Corps’ levees in New Orleans led to a rapid deluge and more death. 90 percent of the city had been evacuated before the storm. The 10 percent left behind (and in adjoining parishes) were left to fend for themselves. With the city shut down by military roadblocks, the hollowing out of FEMA under George W. Bush and much of the Louisiana National Guard (along with their high clearance vehicles), off fighting in Iraq, there were few rescue resources available. No civilians with boats could return to the flooded city and the Coast Guard was left as pretty much the only rescue force in those first critical days as more people died.

By contrast when Rita hit western Louisiana a few weeks later the ‘Cajun Navy’ made up of local civilian volunteers did most of the rescue operations, just as we’ve seen with Harvey and ‘Texans helping Texans.’

Harvey was also mainly a torrential rain event. The brunt of the hurricane’s wind damage was far less than the gradual overflowing over several days of low-lying bayous and rivers that flooded vast areas of east Texas. Citizens with boats and jacked up trucks mobilized to become part of a rescue operation that included not only the Coast Guard but other armed services such as the Army National Guard, Army, Navy and Air Force paramedics who’d adapted the helicopter rescue basket and cable hoisting systems that were exclusive to the Coast Guard during Katrina. FEMA was also functioning this time around thanks to its rebuild during the Obama administration and a rare competent appointment by the Trump administration of former Alabama disaster relief manager Brock Long to head up the agency.

What hasn’t’ worked stems from the failure of local and Washington politicians’ to acknowledge how a natural disaster like Harvey can become a human catastrophe when you refuse to adapt to the growing body of science that tells us about our role in climate change. The Environmental Protection Agency under climate denier Scott Pruitt failed to do its job during the emergency by monitoring the flooding of Suerpfund Sites, although the agency denies this. And while storm shelters and other support systems worked well for the most part, the cleanup is likely to top $180 billion, more than Katrina or Super Storm Sandy.

We also need new approaches to coastal planning and zoning in historic and expanding flood plains, particularly in developer-dominated sprawl zones like coastal Texas, Florida and Puerto Rico where – as I write this – Hurricane Irma creating the next disaster. Denial of climate change including more extreme hurricanes and torrential rain events along with bad (really no) urban zoning is what allowed Houston to be hit by three ‘500 year floods’ in the last 16 years. 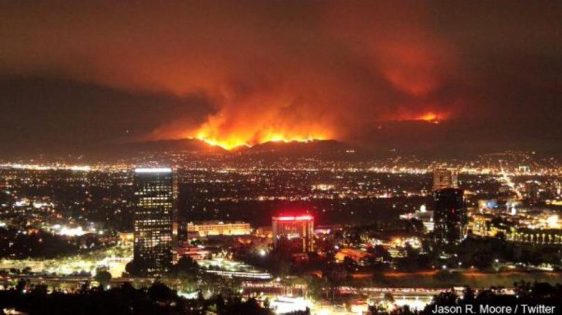 The week after Harvey’s flooding California was hit with a statewide heat wave that broke historic temperature records in dozens of towns and cities across the state including 106-degree temperature in normally fog-shrouded San Francisco that was also shrouded in haze from nearby forest fires. The heat also sparked the largest wildfire in L.A.’s history. In fact it’s been a record season for wildfire across the west that has also seen record droughts. “This is beyond our worst nightmare. No one ever thought we’d lose most of our pine forest,” a ranger in her 35th fire season told me amidst a mass die-off of millions of drought-ravaged pine trees in the Sierra Nevada mountain range of California, now kindling for the next conflagration that could happen at any time. Welcome to the new normal. 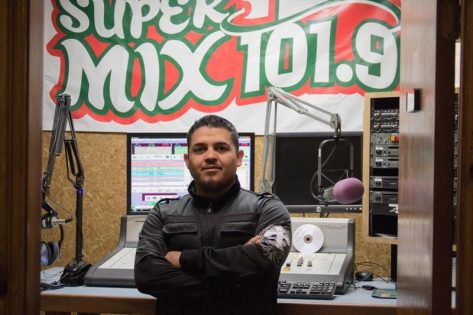 On August 30, 31-year-old Alonso Guillen drowned when the boat he and friends were using to rescue Harvey flood survivors overturned. He’d come to the U.S. as a teen and was working as a radio DJ under DACA, the Deferred Action for Childhood Arrivals, program established by President Obama in 2012 that President Trump abolished on September 5 2017. Today over 800,000 ‘dreamers work, study, live and die for the American dream. For more read this HuffPost story.

Why We March For the Ocean June 8 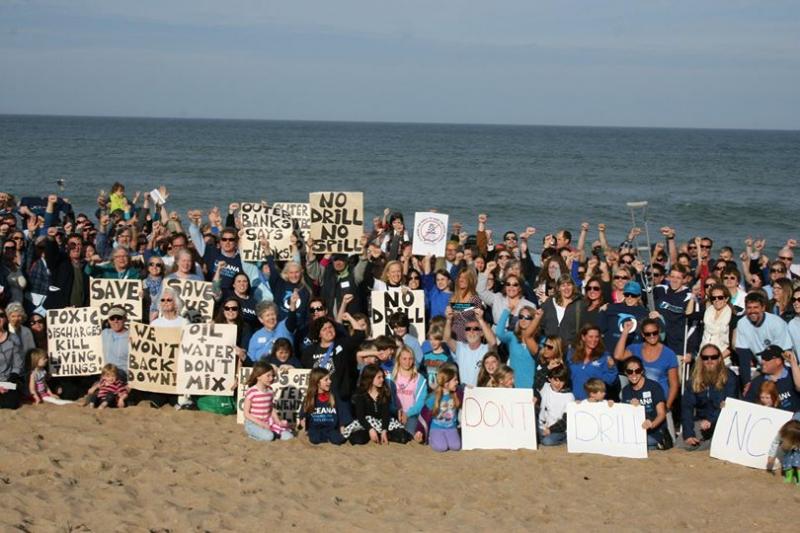 Just documenting the disasters now impacting our coasts and ocean is of no use unless we also advance the solutions that can start to mitigate and eventually reverse the crisis we find ourselves in. You saw our call for a March For the Ocean June 9, 2018 in the last Blue Notes #160. 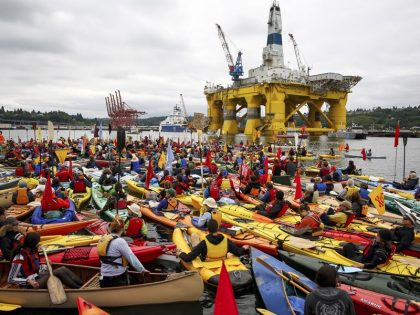 Of course we won’t just March for the Ocean. We’ll Paddle for the Ocean, organize flotillas and colorful protests and Wear Blue for the Ocean as signs that we care and work for a healthy ocean in our daily lives, our workplaces and when we vote.

The initial response and sign-on has been strong from the National Aquarium to the Aquarium of the Bay, national groups such as the Surfrider Foundation and student and youth groups including Heirs to our Oceans, One More Generation, the Youth Ocean Conservation Summit and campus-based Sustainable Oceans Alliance that’s pledged to “make the oceans famous.” Sylvia Earle Jon-Michael Cousteau and others will be participating including writers and artists Carl Safina, Susan Casey, Jim Toomey and Wyland.

We’ll have people whose livelihoods depend on a healthy ocean such as the Pacific Coast Federation of Fishermen’s Associations and those trying to rehabilitate damaged ecosystems including Restore America’s Estuaries and the Coral Restoration Foundation. And we’ll have the Inland Ocean Coalition onboard recognizing that every state is a coastal state.

We hope to begin organizing this month with an initial planning meeting and quickly expand from a few dozen organizations to 1,000 or more this fall. By next summer millions of Americans and people across our ocean planet will be marching, paddling, wearing blue and sending out a common message that the Ocean matters. For more information contact info@bluefront.org.

Speaking of coastal resiliency – here are a few short videos from our sixth Blue Vision Summit you might want to check out, post on your site and pass on. They were produced for Blue Frontier by Wingspan Media. They include

4 minutes on our Coastal Resiliency and Sea Level Rise panel

You can see more videos on our Youtube Channel! 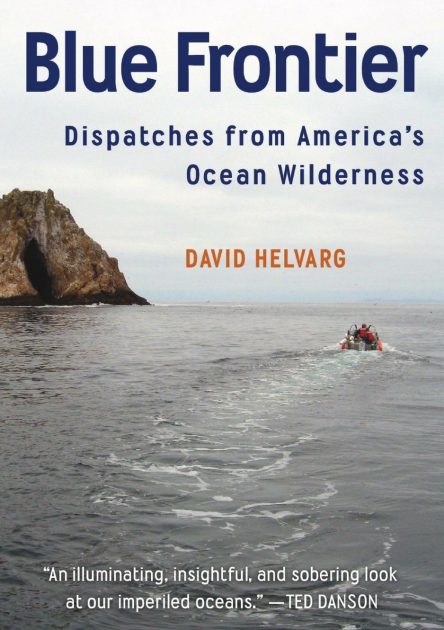 The organization was launched by my book, ‘Blue Frontier – Dispatches From America’s Ocean Wilderness’ which Bill McKibben has called, “The most comprehensive account available of the state of our nation’s oceans, and the best reporting about how they got that way.” Unfortunately the book has been out of print for several years. Fortunately we’ve now completed an updated version for Kindle and Amazon Select that you can soon download (or have printed) for $6.99 with all profits going to continue the work of Blue Frontier.

The eBook will be released soon! Keep an eye out for the announcement on social media!